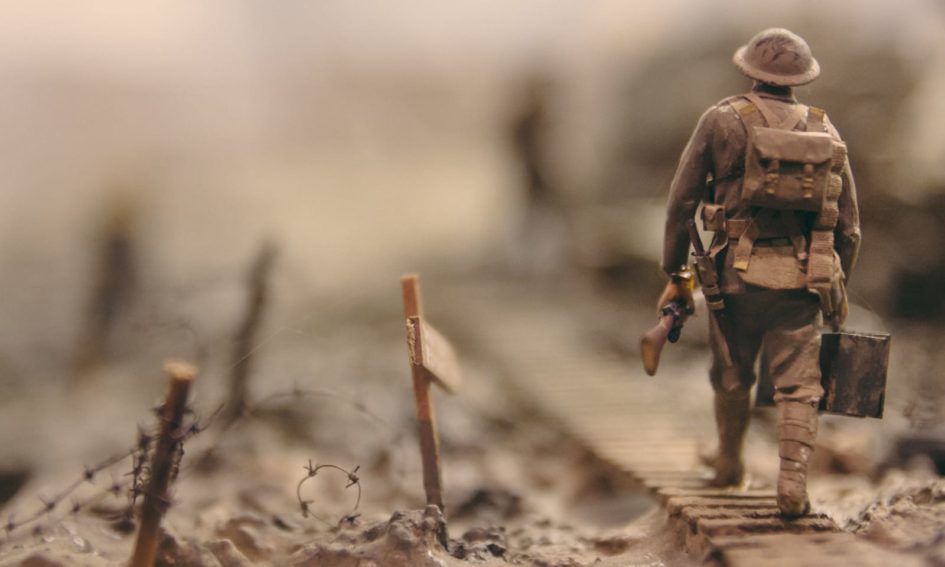 It’s the summer of 1917. The kids should be playing in the sunflower fields, while Rachel should be preparing sandwiches under the trees. However, they are probably hiding in the basement, praying. The last letter from her told me that Auschwitz, a city 50 kilometers away from home was bombed to dust. “Our home is on the edge of a mountain range. Rachel, there is no need to worry.” I remember writing that back to her. But I spent sleepless nights knowing that as the cities turned to rubble, more and more people would be led to the cliffs. For some people who lost their families, the steep hills were tall enough to put them out of their misery. For the ones with the will to keep on, the unnoticeable caves were a safe haven. Rachel might not mention it in the letters, but I’m certain that she’s helping the needy. She never hesitates when it comes to spreading hope. If the Polish knew that there were people heading towards the mountain ranges, they wouldn’t spend any time investigating the case. They would simply drop bombs in the area.

I did not sign up for this. Nobody did. Nobody would want to put bullets in somebody else’s head just because their leaders believe in different ideologies. Nobody would want to receive a call saying that their loved one had passed away in the heat of battle, or that their loved ones were helpless as the bombshell hit the building. I just want this war to be over. I want to go back home. But the reality is a bit different. So, I tried to generate some meaning to my actions. I made my comrades, my family.

In the last six months, we’ve bonded like brothers. Michael always wins the card games. All of us are convinced that he is hiding an extra hand under his full-sleeved uniform. Peter’s bandages work like magic. Wounds take less time to heal when treated with love. Paul cooks the best chicken curry. Meat is scarce, but we make sure he cooks it at least once every fortnight. These guys are my second family. We’ve lost some members along the way. Nevertheless, we’ve stayed strong.

It was the 28th of May. After yet another day of fighting a tiring battle, I made my way back to camp, changed from my filthy uniform and collapsed on the bed. I sensed that something was out of place. Everybody was silent. “What’s up boys?” I asked. Peter came to me and held me by my shoulders. “Your family, along with about 50 others, was killed in an airstrike. Lieutenant, we are really sorry.” It was at that moment that my whole world crumbled down.

Three days! It took me three whole days to break away from their thoughts. Even then, moments later, I was thinking of them, all over again. I keep thinking of Rachel. I thought of her sweet fragrance and her elegant yet strong presence. Then my thoughts moved on to my kids. I thought of their giggles, the sweet look on their faces while they slept in my lap. There’s nothing I wouldn’t sacrifice to experience that all over again. But they were gone. They were gone too soon and gone forever. I failed to protect them. I thought this war was going to be a difficult phase of my life. It turned out to be my perfect nightmare.

My second family, my comrades, couldn’t bear it, but they knew they had no way of consoling me. I was given a leave of two weeks to attend my family’s funeral. But the local officers told me that the bodies weren’t identifiable, so they had a mass cremation. With nowhere to go, I stayed back at the army camp, with no purpose or a will to live. At a point, I felt like I was going to die out of starvation. It didn’t make any difference to me though. But Paul wouldn’t let me. He put a bowl of rice and chicken curry in front of me and made sure I finished it. It took me two hours to finish it and I begged him to leave me alone. But he didn’t. He just stayed, without speaking anything. He knew that no words could describe what I was feeling.

After a week, I decided to put myself back on the battlefield, for my second family. After all, I was a man who had nothing to lose, who had no one to go back to. That made me the best asset on the team. It would also keep me occupied. But the instant I got back, I realized that things weren’t looking good for us. We were being bombarded by the enemy and our squadrons were falling apart. I looked over and Michael was shot in the arm. We needed a breakthrough or we were all going to die.

I did not know what it was, but something gripped me that instant. I grabbed on to a grenade pack and a handgun and ran past the barricade. I put down a couple of enemies and threw the grenade pack in an attempt to break my enemy’s formation. As soon as I threw it, I felt three bullets in my chest. It was one of the men I put down earlier. As I was falling, I saw his face and realized that he too, had lost someone. The grief in his eyes was unmistakable. But he was smiling.

At that moment, a sudden satisfaction filled me. I realized that I was able to protect my comrades. “Bear the pain a little longer; your family is waiting to greet you on the other side of the light.” I told myself. I looked over and my eyes met my enemy’s eyes. We had bullets in our chest, but we smiled because we were on the same side of pain.

[Trigger Warning] The following reading contains potentially distressing information about violence, brutality and sadistic practices. The reader is advised to use their discretion to continue reading. “For the last time, you don’t have to do this. They will finish the... END_OF_DOCUMENT_TOKEN_TO_BE_REPLACED

The corporate industry is notoriously famous for having the highest pay grade difference for employees working in the same company at different levels doing the same or similar jobs. This difference attracts several young engineers and management graduates into this... END_OF_DOCUMENT_TOKEN_TO_BE_REPLACED

[Trigger Warning] The following reading contains potentially distressing information about self-harm. The reader is advised to use their discretion to continue reading.   Darkness cocooned her room, her heart twisted, churned, her fingers closed around her throat, nails digging into... END_OF_DOCUMENT_TOKEN_TO_BE_REPLACED

Police sirens, an opened door, a step out of the flat that had been an abode and a prison for 6-years-9 months-23 days—freedom at last?   Julian Assange was under no such false impression as the British police dragged him... END_OF_DOCUMENT_TOKEN_TO_BE_REPLACED

Growing up watching Sci-fi movies, I always imagined myself living in a fully automated world with all these cool tech devices- flying sneakers, teleportation units, and whatnot. Something as dreamy as the “first cognitive city” proposed to be built in... END_OF_DOCUMENT_TOKEN_TO_BE_REPLACED