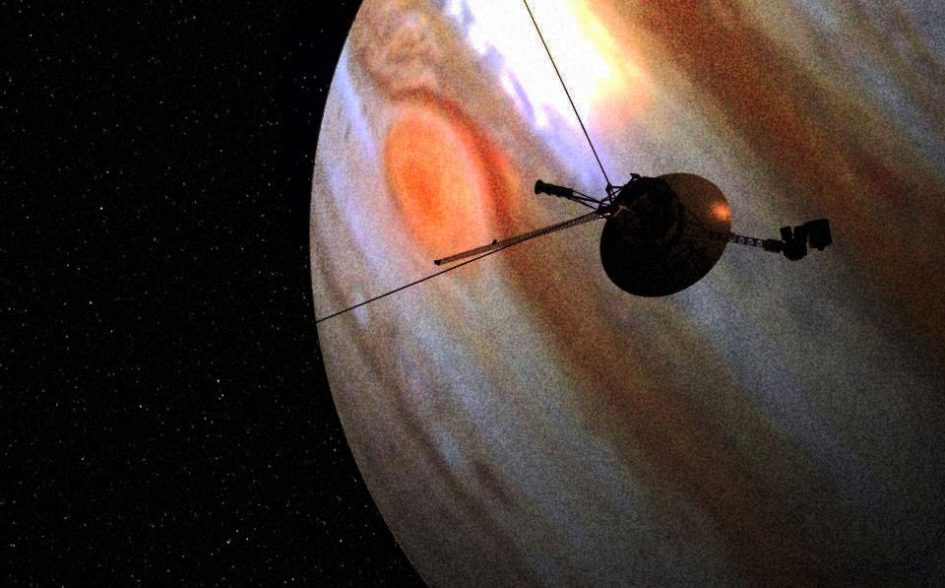 Let’s gear up for reading an interesting article about the
Voyager 2 spacecraft which has already traveled millions of miles in space. 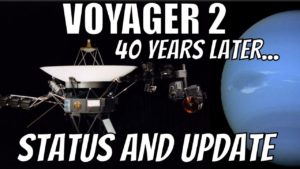 In late summer and early fall of 1977, twin spacecraft called Voyager 1
and Voyager 2 sailed into space. Voyager 2 was launched 16 days
before its twin.
At a distance of 115 AU (1.72×10 10  km) from the Sun as of July 30,
2017, Voyager 2 is the fourth off of the five artificial objects to achieve the escape
velocity that will allow them to leave the Solar System. 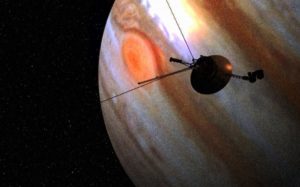 On April 25, 1979, less than two years after its launch, Voyager 2 began
observations of the Jovian system. During the four months of scientific
investigations, Voyager 2 made several significant discoveries.
Two years after completing operations at Jupiter, Voyager 2 arrived at the
Saturnian system, with continuous observations of the system beginning on
June 5, 1981.
Truly going for the first of two times where no man-made object had (or
today, has) gone before, Voyager 2 began its encounter with the Uranian
system on November 4, 1985.
Approaching the Neptunian system, Voyager 2 began observations of the
farthest planet of our solar system on June 5, 1989 .
Voyager 2 is the only spacecraft to study four of the solar system's giant
planets at close range. It is now exploring the outermost reaches of where
the solar wind and the sun's magnetic field dominate space. In September
2007, it crossed the termination shock (where the speed of the solar wind
drops below the speed of sound).

Humans seek attention but seldom pay it. Didn't you, at least once in your life, wait for your friends to finish speaking so that you can present your thoughts? I did — numerous times. While doing so, we not only... END_OF_DOCUMENT_TOKEN_TO_BE_REPLACED

I woke up one day with a dagger through my heart it doesn't hurt, I'm afraid I know what this is about I don't want to step out, don't want people to know; at this moment my mom walks in,... END_OF_DOCUMENT_TOKEN_TO_BE_REPLACED

I When I was little, my home had one wall- my grandfather, my thatha. I thought that of all the people who ever breathed, and of all the stars in the sky, he was the oldest ever. My footsteps went... END_OF_DOCUMENT_TOKEN_TO_BE_REPLACED

“MSS25 to command central. Timestamp- 0100 command time. MSS25 has been refuelled from Dyson sphere X2684 with zero complications. Asking for permission to initialize pinch from terminal X2684 to terminal U895. Over.” [Ship's communication device] “Command central to MSS25. Timestamp-0100... END_OF_DOCUMENT_TOKEN_TO_BE_REPLACED