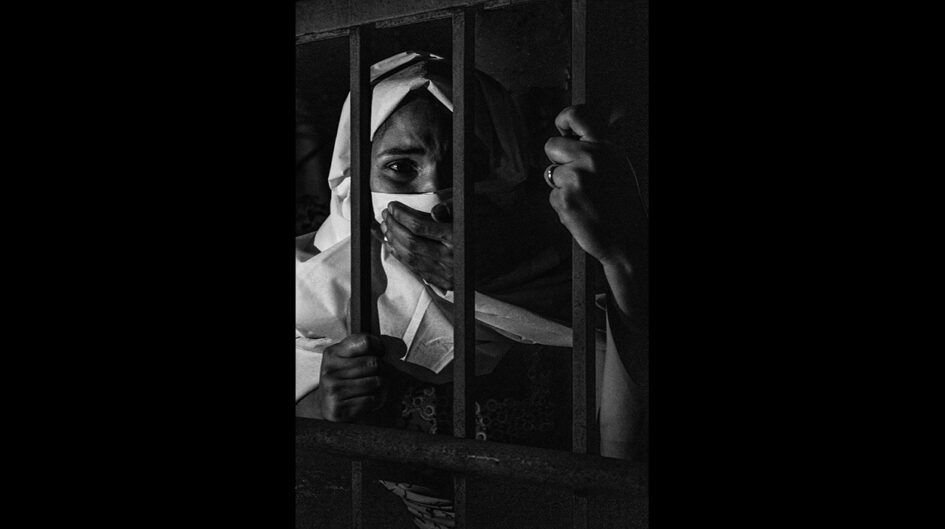 The porch light blinked feebly, an indication of presence inside the house. Other than the lights in the house, nothing about the house bore the sign of life. The broken windows off the house didn’t, the unkempt vegetation in the front yard didn’t, the big bold letters graffitied against the front of the house reading ‘SCUM FAMILY’ absolutely didn’t.

Years ago, Little Kilton opened it’s doors to Mohan and Nita Singh and welcomed them into it’s warm and joyous abode promising them a better life. Two became three and slowly four as they welcomed two boys into their lives. They were a happy little family, with sons, Salil, Ravi and no pets but a constant longing for a dog(not cool, allergies).

But unlike well stored blue cheese their happiness wasn’t long-lasting. On an uneventful warm night in April, Sal’s girlfriend Andie bell mysteriously disappeared without a trace. The Police had no leads. And as a gesture of living up to their notorious self, they picked up random strings laying around, joined them together in a messy knot and declared Sal as the alleged perpetrator.

The phones rang in every household in Little Kilton, friends of friends calling to catch hold of any little information about the horrendous incident. Women on the roads whispering to each other with their voices quivering from the effort to not cry. “Oh, God bless her. So beautiful, so quickly taken away” they said. Men finally had something to talk about in pubs other than football. Tables shook as they slammed their bottles of beer on them, yelling out theories on how and why it might have happened what had happened. Made up tales about the young couple surfaced in Kilton High. Kids hung around near their lockers talking about a possible alien abduction, a lover’s quarrel and a very convincing rendition of how Andie Bell was really a ghost all along.

The truth seemed unnecessary and far away. Barring three helpless people in a tattered looking house, everyone believed Sal was guilty. Everyone knew he was guilty. The stories on the streets, as illogical as they were, made sense. ‘The Monsters’ as they called The Singhs were dragged through the mud, their name tarnished, their faces blackened and their presence forbidden.

He quickened his pace. His trainers bouncing off of every step he took. He pulled the hood of his jacket up, crossing his fingers people wouldn’t notice him. ‘It’s only two blocks away’, he told himself. He pulled out his phone to take his mind away from the feeling in his chest. He knew he couldn’t be far away. He looked up and spotted his house, an oasis in a desert. He started to jog now.

And then he heard it. The familiar revving of the engine of those pesky motorbikes. His eyes followed the sound of the motorbikes and saw them parked across his house. They started jeering as they saw him coming, a rhyme of cuss words sung to him. He tried to tune out everything that was happening and rushed to open the rusted gate outside his house. As he put his hand on the gate something cracked against the side of his face. Something wet and warm and rotten trickled down his face, the shells sticking onto his stubble. He didn’t even wait to wipe the egg off his face, he swung open his gate ran up the path leading up to his front door, dashed in, the cacophony of slurs and jeers dying out as he shut the door behind him.

He ran up to his room and closed the door, lest his mom saw him. She has had enough to deal with already. He went into the bathroom and closed the door. He made his way up to the mirror and looked into it. Staring back at him was someone he barely recognized. The hair was raggedy, his thick eyebrows furrowed into a deep frown and his stubble unclean with the remains of the cracked egg sticking on. Every bit of his face and body changed over time, except his eyes. The eyes that so resembled him his brother’s, Sal. Ravi Singh has the same beautiful eyes his brother Sal had, the same shade of honey brown eyes, the same sparkle in them and the same eyes which bore nothing but kindness and warmth.

But for five years he has seen the way people looked at him and his parents, how people swerve when they see him approaching, how they thought him eating an innocent sandwich at a table outside a cafe is a threat to them. He has been taking the hate mail out of his mailbox for five years, has been tackled by bullies in school for being the brother of a murderer, has been hit on the face and the body with eggs and pebbles and things of all sorts. He has never received anything from people without pure loathing and disgust in their eyes. He has been through this for five whole years but none of it has been more painful than to listen to people calling his brother a murderer.

Sal Singh was a huge enthusiast for history, a doted son, a very lousy texter, a guy who could gobble up a pizza in no time(even with pineapples on), a guy who you could count on to keep all your dirty little secrets, a guy you wouldn’t want to miss going to a party with, a guy you knew who would do nothing but the right thing.

Sal Singh was all of those things and more, but not a murderer. And his brother knew it and so did his parents but the people in Little Kilton were ignorant to it. The only glimmer of hope he had was if someone in the town believed them and helped them in getting them their lives back. But as they say, ‘Hope only makes you wait’ and five years was a long enough time to wait.

Ravi cleaned up and went downstairs. He decided to make himself a cup of tea. As he put the water in the kettle someone knocked on the door. He knew it must be the kids with their game of ‘Taunting the Singhs’ and so he ignored it. But the knocking intensified so he got up to get the door.

He opened the door a few inches to see who it was. And little did he know that hope came in the form of a girl standing there with her hands playing with the straps of her bag, a tan over her face and a nervous grin stretched out over her face. “Hi..I’m Pippa. Pippa Fitz-Amobi and I think your brother is innocent” she said.

This story is inspired by the book “A Good Girl’s Guide to Murder” written by Holly Jackson.

Two things have always fascinated me as a child- words and crosswords. Which word should I say? How do I say it? Can it, in its barely ten letters, hardly three syllables, carry the whole meaning of what I want... END_OF_DOCUMENT_TOKEN_TO_BE_REPLACED

As the night grew darker, enveloping an empty street with mystery and fear, it embraced two college students, Matteo and Ace. Drunk and floundering into the dark alley, they hadn't realised how far they had wandered until they came across... END_OF_DOCUMENT_TOKEN_TO_BE_REPLACED

It feels like just a week ago when the internet was bombarded with memes of Will Smith slapping Chris Rock at the 2022 Oscars. Ah, what a moment. The Cannes Film Festival too ended just recently, leaving us waiting for... END_OF_DOCUMENT_TOKEN_TO_BE_REPLACED

The scene opens in a jury room, where a decision is to be taken on the death sentence of a man accused of murder. After voting, each juror explains why they feel the accused is guilty or not guilty. One... END_OF_DOCUMENT_TOKEN_TO_BE_REPLACED