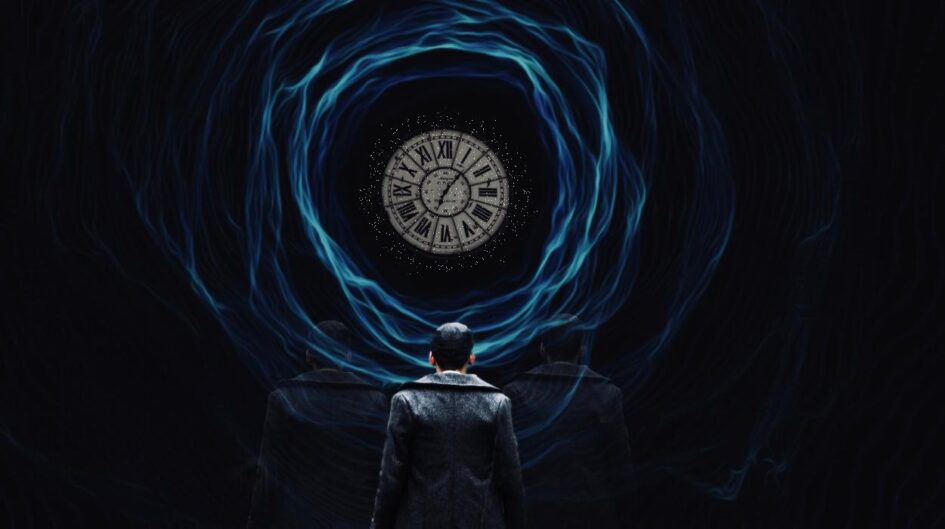 It’s been a year since I have seen a ray of sunlight. I sometimes forget if I finished my meals because of the drugs I am kept on. But time, I never forget. It’s the only thing keeping me sane between my past, present and future. The drugs hold me, prisoner, in the present. “Unsupervised usage of the ability may cause unintended harm to the reality,”  Lab-coats warned. But it keeps me stuck to their routine like the loyal dog they expect me to be.

If the lock holding me in the now fades, it meant that the people from the future have sent an assignment. But always, like a caught fish that tries to swim towards the water, I start reminiscing about my past.

It was spring, the last one in my memory. I should have been fighting at the Moosewater Bay. Instead, I was staring at an unfamiliar ceiling. I could see the blue sky from the window and breathe in the fragrance of daisies. “The patient has recovered from the coma.” A man called. I felt a familiar warmth holding my hands. There she was, my old granny welled up with tears. “You are home,” she said. The words were my sweet dreams in the nine months since I was drafted.

I was home. I could see it. But I felt something more- fear. The blue sky started turning grey. The fragrance was gone; all I smelled was smoke. Enemy planes breached the perimeter and were heading towards us. Chaos ensued as we saw a ship burning on the horizon.

I knew that it was a nightmare but it was too real to escape.

We held them at bay until our pilots arrived. A bomb dropped just ahead of me leaving my comrades in pieces. The impact sent me flying. My eyes widened and my mind froze. I felt something, more distinctly than before; death.

Days passed but the nightmares didn’t.

In my suffering, even the medicines gave up on. A hand from the government reached out saying, “Your country is still in need of your service, Mr Miller.” They said that they would cure me of my nightmares and look after granny. This was a top-secret operation so I had to live off-grid. No one would want to experience their greatest fear every day. I was no exception. I could sell my soul to the devil if that’s what it took to escape this misery. Little did I know, that is what I did.

“Project Oracle”, a fancy name for ruthless experiments to enhance my brain. I was lucky enough to survive, unlike many others. It was unusual, in a good way.

Future holds influence over its past as the past holds over the future. But to preserve the principle of casualty, the future is kept encrypted. The future can be overwritten. It never ceases to amaze me when the future I see in my drives changes.

Performing a drive is a literal pain. Using “quantum-entanglement”, the scientists from the future send a signal to a certain time. A unique pain is induced to me corresponding to the time the signal is received. Experiencing the same pain allows me to drive through that me’s memory.

I just completed a drive about an enemy ‘shock action’ and was waiting for the injection in the lab. Dr Simons always attended to me. I extended my arm subconsciously hearing the electric door whirring.

My face showed distress at the sting. Simons was unpleasant but he did what he did effortlessly. So I lifted my face to take a peek at probably Simons’ distressed face. But instead, I find a pair of unfamiliar eyes. A feeling of deja-vu crept on. It was different from a usual pain-induced drive.

I had emotions that felt like mine and not mine. I was enraged and filled with grief. It could be confused with a dream but everything about it was real. Those eyes were dying right before me. I saw a monitor screen flashing the words “Data deleted”, a couple of subjects like me gasping for air in a distance and an unusually empty lab.

Little parts of memory came to me.

I was laughing but I wasn’t back home. I was still in the lab. But she was here with me. Iris. We were friends, I loved her. We used to talk between check-ups and drives.

“The war is over. They say that they are going to erase the subjects.” Iris was whispering in the memory.

As soon as the drug kicked in, I was back to my present. Tears were streaming down my cheeks.

“Are you alright?” She asked.

The assigned doctor had to accompany the subject to their respective cell. I kept glancing at her.

At every sight of an officer, I wanted to inform the facility about my involuntary drive but my instincts fought me.

“Is there anything I can do to help?” she asked suddenly.

I stood dumbfounded. “Should I tell her that we are going to be best friends before we die?” I thought to myself. “She’ll think you are flirting.” Another voice in me said.

“I could feel your glare.”

I don’t know where that came from.

The remaining walk to the cell was an awkward silence, she left me with a smile.

I waited for drives very eagerly. We spoke about everything. But the thought that it will soon all end lingered.

Every day we spent together, I grew fonder of her. Those foreign emotions were becoming mine.

Give a man living in darkness, a torch, and he will not lose it. She was my only friend. I would give my life to save her. I just didn’t know how and it pained me. There was no way we could escape. “If only I met her before…” I thought.

Eventually, it was declared that we won the war. It was different from my memory. There were tremors around the facility and we could feel them closing in.

No one gasped for air. It was the bombs.

They wanted to kill everyone, not just the subjects. I stood frozen right in front of Iris, afraid.

My eyes grew wider as a ball of fire galloped towards us. It roared beside Iris hurling me to death.

I should have been dead. Instead, I was staring at a familiar ceiling; the room smelled of daisies.

[Trigger Warning] The following article contains acts of cruelty and violence. Reader discretion is advised. I opened my laptop, exhausted from all the classes at college, (not) ready to log in to another class when I stumbled upon “Monster: The... END_OF_DOCUMENT_TOKEN_TO_BE_REPLACED

[Trigger Warning] The following reading contains potentially distressing information about self-harm. The reader is advised to use their discretion to continue reading.   Darkness cocooned her room, her heart twisted, churned, her fingers closed around her throat, nails digging into... END_OF_DOCUMENT_TOKEN_TO_BE_REPLACED

For the fourth time this week, I woke up at my desk. It wasn’t very comfortable: most of the space was taken up by an assortment of empty Red Bull cans and coffee cups. Clutter never bothered me though, it’s... END_OF_DOCUMENT_TOKEN_TO_BE_REPLACED

Growing up watching Sci-fi movies, I always imagined myself living in a fully automated world with all these cool tech devices- flying sneakers, teleportation units, and whatnot. Something as dreamy as the “first cognitive city” proposed to be built in... END_OF_DOCUMENT_TOKEN_TO_BE_REPLACED

Police sirens, an opened door, a step out of the flat that had been an abode and a prison for 6-years-9 months-23 days—freedom at last?   Julian Assange was under no such false impression as the British police dragged him... END_OF_DOCUMENT_TOKEN_TO_BE_REPLACED