Things to know before you watch Avengers Endgame. 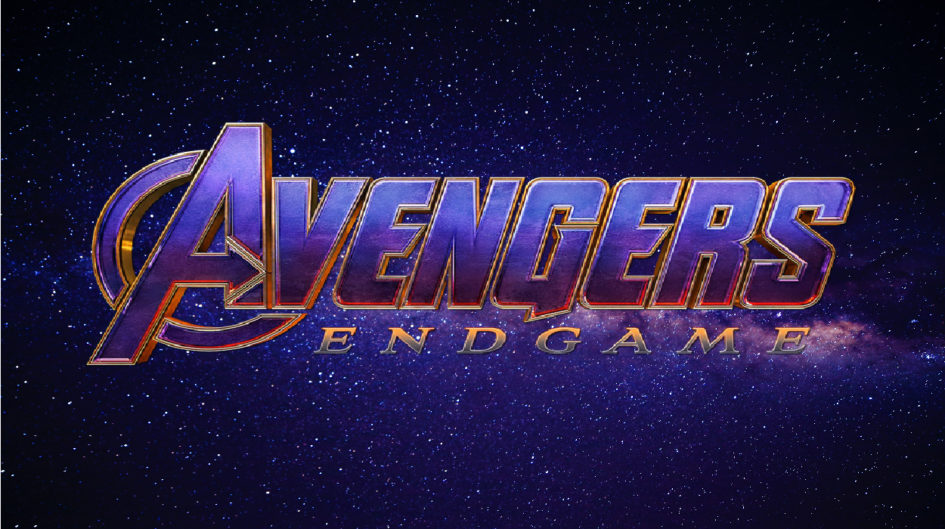 The Marvel Cinematic Universe had sent fans into a frenzy after the Avengers Infinity War’s devastating ending. However, in ‘Avengers Endgame’, we will hopefully see the fall of The Mad Titan – Thanos. The MCU has efficiently woven fiction and astronomical theories as well as Physics into what is considered a heaven for Sci-Fi fans.

It was almost a year ago. Watching the ending of ‘Infinity War’ made me quiver, after my favorite Marvel characters turned to dust. Watching Endgame will surely be a treat for people that have their own theories pertaining to what may happen in the movie. Here are a few things you should know before watching the ‘Avengers Endgame’. 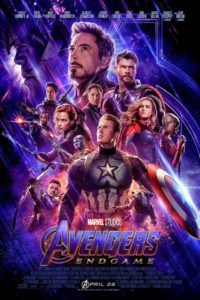 The Mad Titan Thanos is on a quest to find the most powerful objects in the Universe- the Infinity Stones. There are six Infinity Stones: The Space Stone (blue), the Reality Stone (red), the Power Stone (purple), the Mind Stone (yellow), the Time Stone (green) and the Soul Stone (orange). Anybody who gains control of these stones shall become capable of possessing catastrophic powers.

Thanos continues his quest to obtain the Infinty stones. Meanwhile the Avengers and their allies, i.e, the Guardians of the Galaxy and the Wakandans join hands to fight him. A turn of events takes place after Thanos’s battle with Dr.Strange. Having peered through 14,000,605 possibilities of the future where he finds just one timeline where the Avengers win. Strange makes a decision that makes no sense to fans. He makes a deal with Thanos to go ahead and give up the time stone. Essentially breaking his oath to protect it, to save Tony Stark from Thanos.

Thanos then, after the Battle of Wakanda, kills Vision and plucks the Mind Stone off of his forehead, thereby acquiring all the six Infinity Stones. Immediately after which, Thor attacks him wielding his new weapon, The Storm Breaker. However, Thanos is still able to snap his fingers, wiping out half of the Universe leading to a situation of chaos, grief, and people looking for a panacea to their plethora of agonies.

Infinity War ends on a sad note with the death of characters like Spider-Man, Doctor Strange, Heimdall (stabbed through the heart), Loki (choked by Thanos), Gamora (thrown off a cliff), Black Panther, Groot, Starlord, Drax, Mantis, Wanda, Vision (killed twice- by Wanda and then by Thanos), Bucky, Falcon, Nick Fury, Maria Hill, and half of whatever is left of the Asgardians. Thanos’s goons also kill some wakandan soldiers, while others turn to dust. Finally, half of all life in the universe disappears. 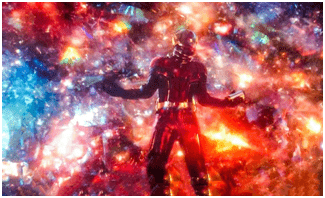 Ant-Man in the Quantum Realm

The Quantum Realm and Time Travel

Scott Lang (Ant-Man) at the end “The Ant-Man and the Wasp”, was seen in an uncertain state as he escapes into the quantum realm to collect healing particles for Ghost. However, when he requests to come out, he does not get any response. The rest of the characters dusted away leaving him trapped in the quantum realm. However, in a new trailer, we spot him approach the Avengers at their Head Quarters asking them to buzz him in. This makes him one of the most interesting additions to the Avengers. The addition of Ant-Man only leads us to larger implications in Endgame’s subplot, thus leaving the audience bamboozled on this cliffhanger.

Spoilers from the sets of Marvel Studios were out on Reddit and Twitter. Characters could be seen in what looks like Time-Traveling Gizmos, which leads us to another possible plot.  How the Avengers could go back in time to target/attack Thanos while he collected the Infinity Stones, thereby changing history and defeating him.

Also, the release of toys before the movie was another giveaway. With our heroes in specialized suits hinting at time travel in Endgame. 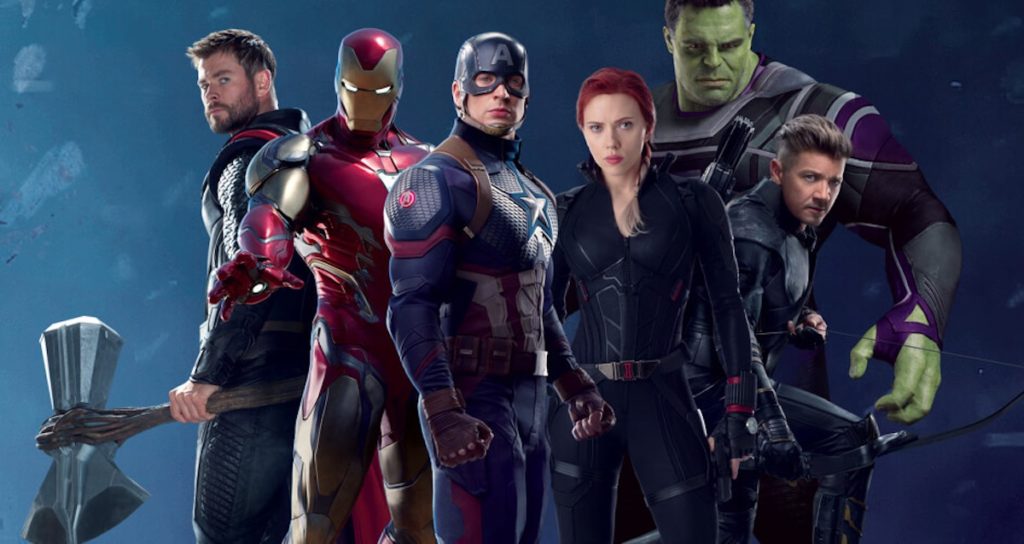 The Avengers in their new threads Credits: themarysue.com

However, if Thanos is defeated by modifying history, it could impose bigger threats to the Universe. Such as the resurrection of cosmic beings like Galactus.

In the comics, Adam Warlock killed Thanos. In a war, Thanos kills Warlock but his soul escapes from the Soul Stone to turn Thanos into stone.

We have seen the movies unequivocally deviate from the plot in the comics. Hence, fans came up with a new plot, where Nebula will be the one to kill Thanos to avenge the death of her sister Gamora. Nebula gains full control of the Infinity Gauntlet to go back in time and reverse all her father’s deeds.

This could also bring back villains like the cosmic Pantheons.

The Plight of the Mad Titan

In the trailer of ‘Avengers Endgame’, we see Thanos on an unknown planet, at a farm or a space barn. His armor set up on a scarecrow, giving an absolute thrill to all the Marvel comic fans out there. The scarecrow was a symbolic gesture. His armor resembling a boxer’s gloves, hung up to show Thanos was done fighting. He had achieved what he set out to do.

Since the one-month countdown began, Marvel has been releasing teasers which have only added to the fans’ excitement. One of the teasers, shows Thanos with some new armor and a weapon, (the Infinity sword) beaming at the Trinity as they walk towards him.

The Marvel Cinematic Universe makes me transcend into a world of possibilities. It has been a roller coaster ride being a fiction fanboy and a science enthusiast. Endgame will finally put an end to the theories messing with my head. Coming up with new theories is something I’ve not quit doing all along this journey. I enjoy my favourite characters do “Whatever it takes” and still get gooseflesh all over again every time the Avengers’ theme music plays in the theatre.

Thank you, Stan Lee, for all your contributions to the MCU, all your cameos, and for making my childhood better. Excelsior! 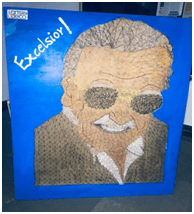 A fan’s tribute to Stan Lee at PEARL, BITS Hyderabad

As humans, it's natural to believe that we are in control of the actions we take. After all, conscious control over our actions is what makes us humans and not programmed machines. You might feel that you freely chose to... END_OF_DOCUMENT_TOKEN_TO_BE_REPLACED

Look at that elegant albatross, Spanning its wings wide and bright, Embellishing the creation's might, Squeaking aloud as it soars across.   Look at those lustrous fireflies, Invariably fluttering outdoors, To endeavour worldly chores, Like stars in a mortal guise.... END_OF_DOCUMENT_TOKEN_TO_BE_REPLACED

Note: This is a satire and is only meant to be conveyed humorously. It is to be taken lightly and is not intended to oppose, demean or insult anyone. Traffic in India can be interpreted as a “flowing river”. A... END_OF_DOCUMENT_TOKEN_TO_BE_REPLACED

It was a hot summer day. Wedding preparations had begun; Meera and her cousins were resting after making the preparations. The sun was shining brightly, lighting up every corner of the room. Sunny and Mohit were listening to music, Sona... END_OF_DOCUMENT_TOKEN_TO_BE_REPLACED

Hello dear readers, welcome to kMITRA's 45th edition. It's the month of March and this month has always been one of our most favourite months as kids. The last academic month before the summer vacation and the month of the... END_OF_DOCUMENT_TOKEN_TO_BE_REPLACED