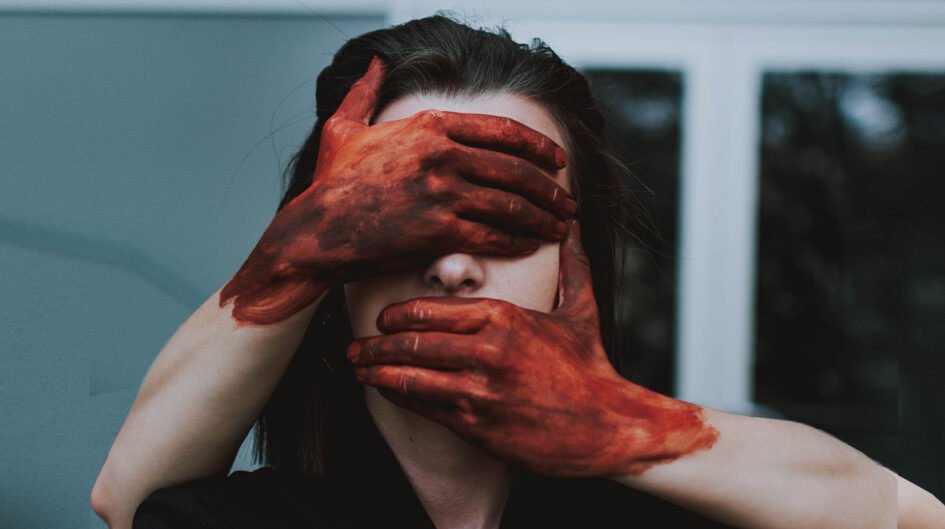 Mrs. Amy Wankenstein woke up one day finding herself alone in her bedroom. Mr. Adam Wankenstein wasn’t home that night. He had gone to the neighboring town for a few days, as one of his dearest friends, Melanie Bridgerton, whom he’d visit quite often, unexpectedly expired. Amy was annoyed but also relieved as today was the day she was about to tell her husband that she is done with their marriage, and wanted to talk about custody. As Adam wasn’t home, she wrote a letter pouring all her feelings into it, explaining why she has taken the decision that she took. She wasn’t particularly thrilled about doing this to the kids, but it was her only choice to avoid their inevitable routine. The routine that formed over the years, yearning for toxicity and running on their abhorrence towards each other. Their petty self-righteous attitude towards each other.

She kept the letter in the pocket of her pinafore, ready to give it to him with full might, as soon as he was home, and went on with her day.

She wasn’t in the brightest mood that morning, thanks to her dedicated everyday quarrel with her husband the night before he left town, about whatever that they were fighting about that day, with the residue of what they were fighting about the day before, and the regular fights from years ago. Some of those were caused by their parents, and others by the unhealthy combination of their insecurities.

Even though this was her mood most of the time, the kids who were clueless about their parents’ troubles in paradise, were as happy as can be. Mommy Wankenstein was never without a happy face around the kids, as she understandably wanted them to be oblivious, carefree, and happy.

As soon as they finished their breakfast, the kids saw their dad standing at the front door from afar. They ran to the door screaming, anticipating gifts, as he always brought them something whenever he was out of town. But they stopped their excited yells, as soon as they reached the door.

Confused as to why the kids stopped yelling abruptly, Amy walked to the door, to find a child standing beside her husband, who looked just a bit younger than the Wankenstein twins.

“This is Melanie’s kid,” he said, restrained, without much energy in his voice.

“Her kid? I didn’t know she was married?” Mrs. Wankenstein asked in genuine surprise.

Mrs. Wankenstein lets out a little smirk trying to control her smile. She turns walking back towards the kitchen.

The twins take him to their room.

“What’s his name?” she asked again, mirthfully, trying to hide her smirking.

Amy thought that she had a surprise planned for her husband; little did she know he was going to drop a bombshell on her. She now understood why Adam insisted on going to Nashville every month “for a fun vacation for everyone”. It now made sense to her as to why he used to come home pretty late very often. She now realized why Adam was so adamant about going to her funeral when he was fine with sending flowers and an apology card for so many other friends of his.

She collapsed to the floor, dazed. Adam walked to her, bent over, kissed her on her forehead, and said, “I think we both know, our marriage isn’t one of the most successful ones or even the most tolerable ones.” He pauses, taking a breath. “I know what I did was wrong. I hope you’ll get around to understanding where I’m coming from. Please, do not punish Andrew for my mistakes. He is just as important to me as Amber and Alfred. ”

Amy instantly turned to Adam, didn’t utter a word, didn’t alter a muscle on her face, and just looked dead straight into his eyes. Adam, as nervous as he was, got up, walked over to the kids’ room, and went on with his day.

Amy, flabbergasted, couldn’t say anything to her husband. She was not just surprised, but was angry, sad, and felt so many different emotions that ultimately left her dazed.

Amy never really laughed anymore. Not in front of the kids, not while talking to them, not ever. She always had a pale, feeble look ever since.

One fine day, as she was getting ready to cook breakfast for the bunch, she casually put her hand in one of the pockets of her pinafore and finds a wrinkled, faded letter with the ink scattered and ruined, as it was washed. She smirked, then smiled, as tears rolled down her cheeks, and began to let out tiny laughs to herself. She heard noises from the kids’ room, as they were up for breakfast. Mrs. Wankenstein, laughing to herself opened the door, to see the children heartily laughing among themselves. The kids stopped laughing, seeing her maniacally laugh. Amy, still chuckling to herself, started walking towards Andrew who was at the back of the room. Amber and Alfred came running to stand in front of their mom, who still hadn’t stopped laughing.

Adam woke up to the loud thumps coming from the walls. Following the thumping noises, he walked towards them. The noises stopped, but he could still hear Amy laughing loudly from the children’s room. He ran to the room as fast as he could only to see Amy Wankenstein, sitting on the floor laughing. There was blood everywhere. It was on her hands, on her pinafore, and, is that paper in her hands? The children lying beside her, eyes open wide, bleeding from their heads. He couldn’t fathom the horror that lay in front of his eyes.

She, on the other hand, felt free, as if she had finally accepted this part of her that she had been trying to repress for a long time. She looked at Adam with a colossal smile on her face. “I know what I did was wrong. I hope you’ll get around to understanding where I’m coming from.”

It feels like just a week ago when the internet was bombarded with memes of Will Smith slapping Chris Rock at the 2022 Oscars. Ah, what a moment. The Cannes Film Festival too ended just recently, leaving us waiting for... END_OF_DOCUMENT_TOKEN_TO_BE_REPLACED

“Propaganda” in present-day English, refers to information or media (especially of biased or misleading nature) that is used to manipulate the audience to further an agenda. If you hear the word propaganda, it immediately alerts you to look out for... END_OF_DOCUMENT_TOKEN_TO_BE_REPLACED

Did your 8-year-old self ever wish for that awesome Pixar movie that you watched, and you watched, then you watched again, to be real? Because I did!  I had a dream. I wished I was a car so that I... END_OF_DOCUMENT_TOKEN_TO_BE_REPLACED

“Hand me the gun and don’t move a muscle”, an injured Shankar Narayan whispers to his son, while they take cover under an old Contessa. The little boy does exactly as his father says, his hands trembling, desperately trying to... END_OF_DOCUMENT_TOKEN_TO_BE_REPLACED

As the night grew darker, enveloping an empty street with mystery and fear, it embraced two college students, Matteo and Ace. Drunk and floundering into the dark alley, they hadn't realised how far they had wandered until they came across... END_OF_DOCUMENT_TOKEN_TO_BE_REPLACED