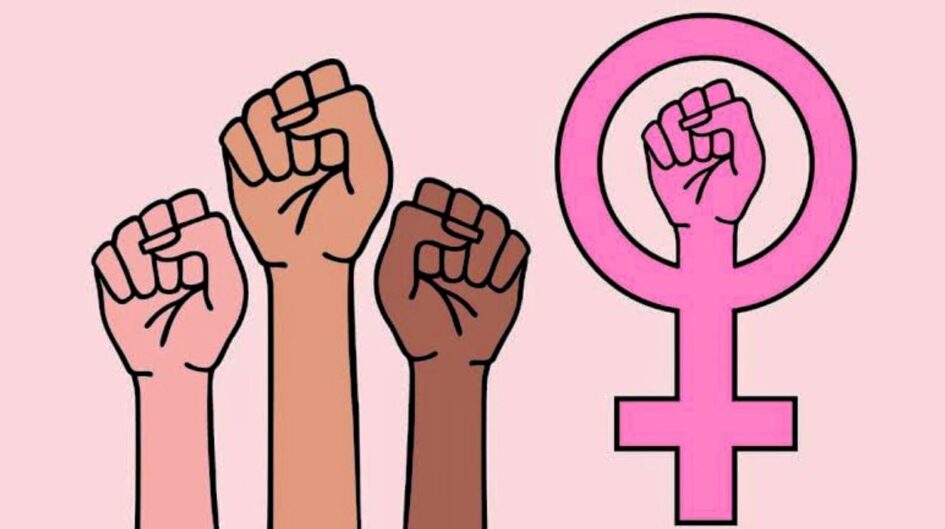 The internet has taught me how to potentially kill a man. Not in a How To Get Away With Murder or Gone Girl-ish way but in a what if you get assaulted while walking back home and need to majorly injure the man to escape and save your own life kinda way. As I sat there, reading infographics and articles on how to protect yourself in various such situations, I remember thinking how bizarre it was that I should even be taught such a thing.

I never really understood how important this information was until I was involved in situations that almost required me to follow the infographics line by line. Since then, every single minute I spend outside of my house alone, my mind has constantly been on incredibly high alert.

It was only then that I realized how much of a privilege it was to be a man in this society. And the whole “Not All Men” discourse made no sense to me at that point. Because people aren’t walking around with their vice tattooed on their forehead, I HAD to be wary of all men. This is why the question always lingers on my mind – are men and feminism compatible? Men have for ages called feminists as feminazis, man-haters, etc, and the entire movement as pseudo-feminism.

The definition of Feminism is different for each individual. At its core, it’s a movement to liberate women from the shackles of patriarchy. Over the years, it has developed quite a few variants, 90% of them deviating from the very idea of feminism itself.

Liberal feminists often preach sexual empowerment as a way to reclaim one’s power. Glorifying sex work is one such example. Making money off of the male gaze is an amazing feat but it still doesn’t uproot the problem. It’s easy to say that sex work is empowering and a choice from a western point of view, but in many parts of the world women do not have the freedom to choose to be sex workers. They are exploited, abused, and forced into this industry. Failing to see this problem and glorifying it under the guise of empowerment only sets us back further.

The patriarchy loves your work more than anything in the world because there is nothing they like more than seeing a woman as an object of consumption. And just because some enjoy their line of work doesn’t mean that the system itself isn’t designed to dictate our worth based on our sex. As @JimCannon1917 rightly tweeted – Nonetheless sex workers (like all workers under capitalism) deserve solidarity, respect, and better conditions. And we should fight for them like we would for anyone facing exploitation.

Yes, women can feel incredibly empowered by showing skin. I know I do. But what it also fails to recognize is that teenage girls do not need to be sexually empowered. Especially in the age of the internet, how are we so blatantly advocating for teenage women to conform to the male gaze for the sole purpose of being perceived as more sexually palatable by men under the ruse of ‘empowerment’? Ultimately their principle of confidence-building is set in self sexualization which isn’t the most healthy for young girls online.

This is an incredibly complicated subject because when women express sexuality in a way that is traditionally considered attractive to men, there will always be doubt. There will always be the lingering notion, probably in the woman herself as well, wondering how much of this is her true innate desires, and how much of this was learned. Either way, your entire sexuality depends on the opinions of men as a whole on your ‘performance’ of sexuality. Women can never win.

This is why we need radical feminism, especially in a country like India, where a woman’s worth is placed on how good of a wife she is.

Countries like India have been exploiting women for years by assigning our creative powers, such as the gift of birth to divinity. Pulling up the line of “women are goddesses” is nothing more than a mere excuse to dehumanize women. We aren’t goddesses, we are a subordinate class fighting for our liberation.

Even in the case of a working couple, where a man & a woman both have an equally paying job, the woman sticks to the gender roles of a wife. As long as raising families is considered solely a women’s work and is not valued in society, that’s not equality.

White feminism, soft feminism, ‘girl boss’ feminism – whatever you want to call it, only helps women of a particular privileged section of society. Slapping feminist slogans on t-shirts and bags, putting up a few stories on social media is as superficial as it can get. It barely touches the surface. This is why this supposed ‘pseudo-feminism’ is probably exactly what we need.

Our definition needs to change. Modern Feminism has often been dubbed as misandry. Patriarchy is the root cause of whatever women are facing today. I agree that insulting men is not the answer, but men don’t necessarily need to be included in every club. A woman calling all men trash, once, on the internet, isn’t subjecting them to years of systemic oppression. Misandry can never be harmful as is misogyny.

This comes back to my point, I do believe men can be pro-feminist but I don’t think they can be feminists in the strictest sense of the word in today’s society. Men, in this patriarchal system, cannot remove themselves from their power and privilege concerning women.

A movement of powerful women is seen as threatening. Reflecting that, the media creates negative stereotypes of these powerful women – hence terms like feminazi being coined. Men cannot really be feminists anymore than white people can be black nationalists. They still benefit from patriarchy regardless of whether they choose to fight sexism in others or themselves.

Feminism needs redefinition. Politically, we’re in a time of backlash that’s dangerous for minorities in general, and women. Feminism needs to be intersectional. I don’t think women and minorities need to rely on cishet men for our liberation when they’re the very people we’re being liberated from.

– This piece was inspired by the book “The Liberation of Sita” by P. Lalitha Kumari aka Volga, a Telugu poet, and writer well known for her feminist literary works.

“How long are you planning to cry and sleep in here?” I asked her, as I raised the blinds in her dark bedroom. Seeing the chocolate wrappers and empty Ramen cups spread across the room, I couldn't help but sigh.... END_OF_DOCUMENT_TOKEN_TO_BE_REPLACED

[Trigger Warning] The following article contains acts of cruelty and violence. Reader discretion is advised. I opened my laptop, exhausted from all the classes at college, (not) ready to log in to another class when I stumbled upon “Monster: The... END_OF_DOCUMENT_TOKEN_TO_BE_REPLACED

For the fourth time this week, I woke up at my desk. It wasn’t very comfortable: most of the space was taken up by an assortment of empty Red Bull cans and coffee cups. Clutter never bothered me though, it’s... END_OF_DOCUMENT_TOKEN_TO_BE_REPLACED

“THE SWAT TEAM BURST IN. THERE WAS CURTIS GREEN COVERED IN COCAINE AND FLANKED BY TWO CHIHUAHUAS” ~The Untold Story of Silk Road by WIRED In early 2011, law enforcement agencies were caught with their pants down when drugs began... END_OF_DOCUMENT_TOKEN_TO_BE_REPLACED

Comfort space is personal to every individual. It allows you to be yourself and cherish the moments as they are with no judgment whatsoever. As for me, movies and music do the job. Speaking about movies, I have been exposed... END_OF_DOCUMENT_TOKEN_TO_BE_REPLACED