The Tale of a Farmer 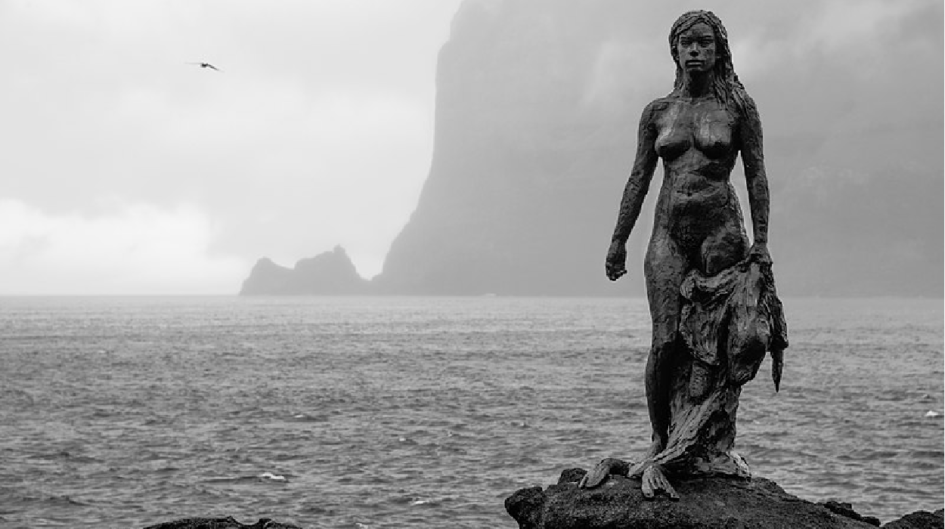 A myth is a traditional, usually ancient story involving supernatural beings, ancestors or heroes. Myths are used to explain aspects of the natural world or to show the psychology customs or the ideals of a society. Myths exist in every culture across the globe. One such myth involves “Selkies” also meaning ‘seal-folk’ which are Scottish mythological creatures that resemble a seal when in the water but transforms into human form as they shed their skin when on land.

In the early 1800s, in a remote island named Orkney in Scotland, there lived a young farmer, happy with his profession but not as satisfied with life. He was the only one unwed, as everyone around him was married. Every day, his neighbors and relatives would suggest chapesses to him but he rejected them. One night, fed up with all their taunts he left his village in pursuit of a bride. He began his journey with confidence but little did he know, what was about to come would change his life forever.

He sailed across many continents but did couldn’t find his match. Tired and weary, he stopped at a village bar where he met a stranger who shared with him- “O’ sailor! Seven days sail in North from where lies an abode full of beautiful maiden each waiting for their suitor”, so saying the stranger went on his way. The farmer, in a joyous mood, found it hard to sleep that night and started sailing in North direction. On the crack of the Eighth day, he arrived on an island. He started exploring around but couldn’t find a single life on the island. Now he was sure that the island was deserted and thought the stranger had played a prank on him.

Just as he was about to leave he heard a sweet voice and ran in that direction. He soon came across a waterfall and what he saw there was astonishing. There was a beautiful maiden sitting on a rock underneath the waterfall and singing a melodious song. Just then she quickly turned around took of what he saw, a sealskin and transformed herself into a seal and went back into the water. He screamed for her to return but she was gone.

The next day he secretly waited at the same spot where the woman returned and started singing. He carefully picked up the ‘skin’ and hid it in a secret place and revealed himself. The woman was shocked as she couldn’t find her ‘skin’. The farmer asked her to calm down and narrated his story. He told her that he would return her skin only if she agrees to marry him. To which she replied saying that if her people knew that she was marrying an outsider they would kill both of them. But the farmer wouldn’t budge. She told him that she would marry him on one condition that he shouldn’t have any contact with the outside world and must not tell anyone about their secret, to which the farmer agreed.

So they got married and legend says that every year the maiden would visit the farmer; transform into her human form, live with him for six months on the island and then return to the depths of the ocean and back to her people. Legend has it that these maiden have been sighted on other islands where many men have been allured by their sweet voice and were never seen again.

Many other sightings have also been witnessed. Recently, the Indian Army had found the footprints of The Yeti in the Himalayas. Similarly, other mystical creatures like the Mermaids have also been sighted by many voyagers including Christopher Columbus who reportedly spotted mermaids during his journeys in 1493. While a lot of them believe this to be true, science explains that being too long at sea may have caused hallucinations among them. Eerie isn’t it? Well, in the end, it is up to us to believe these myths or not.
🡪

The idea was taken from the book: Rolling into the Deep by Mira Grant

In a world of change, the only thing constant is the effort to make a difference. While we all desire to be our finest selves, the path to being better is a rocky road. There are some days where we... END_OF_DOCUMENT_TOKEN_TO_BE_REPLACED

To most, the color purple is just like another color and holds no special significance, other than to be one's favorite color. It is a simple color resulting in a beautiful blend of red and blue colors. But in reality,... END_OF_DOCUMENT_TOKEN_TO_BE_REPLACED

I've grown up reading great things about Kashmir's beauty. In one of my textbooks, it’s also called "The Heaven on Earth" or in the local dialect, "Dharti ka swarg Kashmir." From the icy mountain slopes to the lush green plains... END_OF_DOCUMENT_TOKEN_TO_BE_REPLACED

2nd February 2000 Dear Diary, Ugh! Waking up early every single day to attend school is so annoying. I wish we didn’t have school and exams so that I can enjoy myself at home all day long. But that can’t... END_OF_DOCUMENT_TOKEN_TO_BE_REPLACED