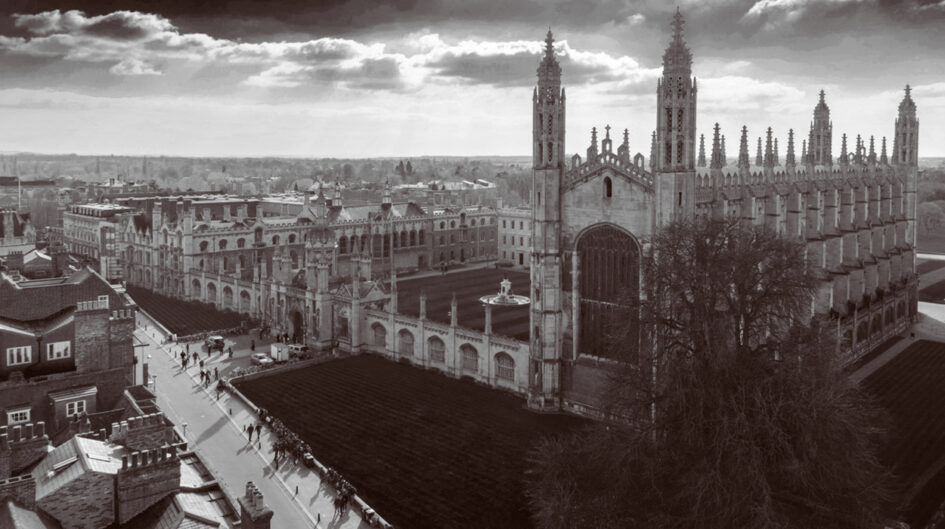 “It has been three months since William’s death. The police have been investigating this case with the utmost confidentiality. They also seem to have made no progress in this case, as the murderer left no tracks behind-“

*turns off the TV*

I am Stephan, a student at Bertfordshire University. Ever since the tragic death of William, none of the students at Bertfordshire university were able to lead a regular life. It is one of the best universities exclusively for the elite. But now, it seems like a dead monument that lost its glory through time.

William was a student at Bertfordshire University. He was from a wealthy family, loved and spoiled by his parents. William lost his mother in a car accident when he was five, and since then, his stepmother has taken care of him as her own. On the last day of Christmas vacation, he was tragically shot to death by an arrow.

Many students at the university were suspects in this murder. However, none were proven guilty. Although many boarding students have witnessed William’s death, no one saw the murderer. My untimely presence on campus that day almost got me arrested. Fortunately, Kenny, the president of the Students Council, saved me by testifying that I was at the campus to run a few errands for her.

The pressure from the media left a toll on the students who were former suspects. Although they were proven to be innocent, the bullying never stopped. But that did not affect me as my existence is next to nothing, almost a ghost. No one would notice me, even if I were dancing on the dais.

But, the arrival of an exchange student Stella, marked the end of my peaceful life. She followed me around like a shadow, invading my privacy without hesitation.

One day, when I was walking through the university halls, Stella walked towards me and said,

“Hey, Stephan! I think you should enroll in this archery competition,” pointing at the flier on the noticeboard.

“I’m not good at archery,” I replied stiffly, hinting that I am not interested in further conversation. Yet, she continued, ” But, I saw you practicing the other day.”

“Well I knew you were watching me, and that’s why I pretended as if I could not hold a bow steadily,” I thought to myself and replied, “Oh! As you saw, I’m not good at it. Now, if you excuse me, I have a business to attend to,” and walked away.

The other day, I overheard her asking a few students about me, my archery skills, and my relationship with William. Her actions clearly show that she suspects me of William’s murder. She had been following me everywhere. And all my plans to make her get off my back have been unsuccessful so far. I hope the police catch the real culprit soon so that I can go back to my peaceful life.

After a 48 hour long investigation, William’s stepmother, Dalia, confessed that she hired an assassin to kill him. In that way, her biological son can inherit all the family properties. When asked about the person she hired to kill, she said he was a middle-aged man and that he covered his face and never spoke. Ten days after the deal, William died. She added that her call and chat history with the assassin was erased automatically after William’s death. The police have arrested her but there were no leads on the assassin.

The next day, Stella approached me and said, “I am sorry for bothering you for the last three months. It is just that we were so sure that you were the murderer. But according to Dalia, the assassin is supposed to be a middle-aged man. So we decided to rule out all the students from the suspect list.”

As I pretended to be confused, she continued, “We did a background check on suspects and found out that you used to be a professional archer. We also know that you had to quit after you hurt your wrist in an accident.”

“Oh! I meant the special investigation unit. Even though we knew you could not hold a bow anymore, we did not want to ignore the possibility of a healing miracle. Anyways I’m here to apologize for all the trouble I have caused you.”

“You did cause me a lot of trouble, but I accept your apology,” I said. She smiled with contentment and walked away.

“How did she become an investigator when she cannot even keep a secret investigation a secret,” whispered Kenny from behind.

“Oh my god! You’ve scared me to death, Kenny! Why are you eavesdropping on me?”

“I’m sorry, I came to congratulate you for another successful assassination without getting caught,” she said smiling.

“Well, that is to be expected since I am a professional at my job.”

“Yeah, a professional who would have got arrested if I had not saved you back then,”

“Hey! We agreed not to talk about that!” I said, embarrassed.

She laughed at my flustered face and walked away.

Kenny and I have been best friends since childhood. I started this profession when Kenny asked me to kill whoever had murdered her father. And since then, I have earned a fortune by pursuing this profession. She always helps me with the makeup to disguise myself as a middle-aged man whenever I meet my clients. I enjoy killing for money and then serving justice to the dead. That way, I would not feel guilty about ending lives for money. Today, I can sleep peacefully, now that the police have arrested Dalia.

– Inspired by the book “The Secret History” by Donna Tartt

[Trigger Warning] The following reading contains potentially distressing information about self-harm. The reader is advised to use their discretion to continue reading.   Darkness cocooned her room, her heart twisted, churned, her fingers closed around her throat, nails digging into... END_OF_DOCUMENT_TOKEN_TO_BE_REPLACED

“How long are you planning to cry and sleep in here?” I asked her, as I raised the blinds in her dark bedroom. Seeing the chocolate wrappers and empty Ramen cups spread across the room, I couldn't help but sigh.... END_OF_DOCUMENT_TOKEN_TO_BE_REPLACED

[Trigger Warning] The following reading contains events of death. **This is entirely a work of fiction and no distress was intended for any family/person affected by a natural disaster. “Please Ma!” Arya pleaded. “I made it to my final semester.... END_OF_DOCUMENT_TOKEN_TO_BE_REPLACED

Flash, Flash, Flash. Various screens show the face of the actor. A woman crying in the corner while another loves the visual of her crying. The editor looks at all of these different shots and lets out a satisfied... END_OF_DOCUMENT_TOKEN_TO_BE_REPLACED