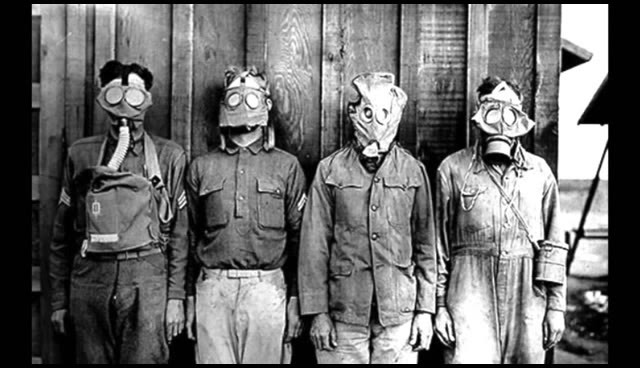 [Trigger Warning] The following reading contains potentially distressing information about murders, violence, brutality and sadistic practices. The reader is advised to use their discretion to continue reading.

Coming to classic tanks, fighter jets, punji traps, and army camouflages in smoky battlegrounds, everything that could transcend you to the World War days, superpowers used science and technology mounting to inhumane methods of torture and death. With tragic stories to offer, the United States bombing Hiroshima and Nagasaki, the use of gas chambers and the horrors of the Holocaust, technology exacerbated human suffering. A similar story has been narrated in this setting during the Soviet era by a renowned narrator ‘a creepypasta‘ that is called the “Russian Sleep Experiment”. However many consider it as a notable work of creepy fiction. It is also regarded to be critically brilliant to utilize the post World War scenario and build up a ghastly story.

This experiment was set in the late 1940s where a group of Russian researchers discovered a gaseous stimulant that could eradicate the urge to sleep. Five subjects were chosen for this experiment (the number also varies to seven according to Reddit) who were prisoners of war. These subjects were imprisoned in a sealed chamber like the one from the story ‘The Bet‘. This chamber had adequate resources like food, water and books required for the sustenance of five humans for over a month. These subjects were monitored through microphones placed in that chamber and through thick glass walls. The prisoners were promised to be set free once the experiment ended.

For the first five days, everything seemed normal. The prisoners showed signs of normal activity however they did discuss tragic experiences they had in their lives. On the fifth day, they showed signs of paranoia. After the ninth day mark, the gas started affecting their nervous system. One of the prisoners started running back and forth the chamber yelling for hours until he tore his vocal cords which then turned his voice into squeals. The captives then tore pages from the books, smeared them with feces and covered the glass with it.

The researchers subsequently stopped getting any response. To check if the microphones were still working, they used the intercom to get a response from the prisoners. The researchers informed the subjects that they were going to open the chamber and no retaliation would be tolerated. If they complied, one of the prisoners would be set free. The response they received sent shivers down their spine, “We no longer desire to be free.” 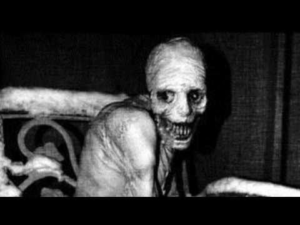 On the fifteenth day, the researchers decided to open the door at midnight. They made sure that the chamber was free from the gas and flushed in with fresh air. A team of soldiers was then sent to get back the subjects.However, all that prevailed at that instant were screams from the prisoners as well as the soldiers. The soldiers witnessed that four of the five prisoners were alive while the fifth one was dead with blood covering the floor that had gushed out of his body, his rotten flesh dumped in the drain. The other four subjects had chunks of muscle and mass missing from various parts of their bodies, their fingers exposed to the bone. However, there was never any agony witnessed through the microphones. The gas made them vulnerable because the wounds looked self-inflicted. Their digestive systems were dangling, digesting flesh they had eaten off their bodies. The subjects were fierce and agile. They put up a terrific fight. One subject pulled the insides of a soldier’s throat, ripping them off. Another severed a soldier’s femur and tore flesh out from his body with his teeth. One tried stabbing the soldiers with dried up feces and bones of the dead subject.

Researchers tried to sedate the subjects, however, it did not seem to work. The subjects endlessly begged and pleaded for the gas, struggling with all their might. They were strapped onto the bed for treatment. The resistance was so extreme that one of the subjects broke nine bones of his ribcage trying to get himself free from the grapple of the belts. One of the survivors kept yelling until his vocal cords blew out and his blood vessels burst, after which he died. The other had blood gushing out from the torn muscles of his body and upon further sedation, his anguish ceased and his eyes shut, instantly killing him. The other two had surgeries performed on them. Post-surgery, the two surviving subjects were sent back to the chamber amidst heated arguments between researchers and the military commanders. This time, they had EEG monitors connected to these subjects for a much deeper analysis. Shortly after, the subjects repeatedly suffered Brain death before they flatlined and then came back to life. The subjects went through multiple sclerosis before the trend discontinued, simultaneously flatlining. The scenario was so gruesome that the researcher behind this experiment ended up shooting himself, thus, ending the experiment.

This article is inspired by the book ’21 Lessons for the 21st Century’ by Yoah Nuval Harari. Humans and their endless suffering and how technology could be devastating led me to this story.

This experiment is also an inspiration for a psychological thriller movie directed by John Farrelly which is scheduled to be released in 2019.

We seem to believe in technology and what ‘miracles’ it could do, often ignoring how it has ruined us and this planet. Boon or bane? Judge it yourself.

“Nature bears long with those who wrong her. She is patient under abuse. But when abuse has gone too far, when the time of reckoning finally comes, she is equally slow to be appeased and to turn away her wrath.”- Nathniel H. Egleston

Russia, 2027. Isn't it fascinating how we humans have evolved? Thriving for perfection, we're in a race for continuous development. This century has seen tremendous changes that none of our ancestors would've ever imagined. And as we've evolved, so has... END_OF_DOCUMENT_TOKEN_TO_BE_REPLACED

In a world of change, the only thing constant is the effort to make a difference. While we all desire to be our finest selves, the path to being better is a rocky road. There are some days where we... END_OF_DOCUMENT_TOKEN_TO_BE_REPLACED

I've grown up reading great things about Kashmir's beauty. In one of my textbooks, it’s also called "The Heaven on Earth" or in the local dialect, "Dharti ka swarg Kashmir." From the icy mountain slopes to the lush green plains... END_OF_DOCUMENT_TOKEN_TO_BE_REPLACED

As I take a stroll in the graveyard observing my funeral, I find a few crying and the other meticulously bored by the doings. Yet it feels so light, death actually took away the pain of my congenital disease. But... END_OF_DOCUMENT_TOKEN_TO_BE_REPLACED

“Why do the Yankees always win? The other team can't stop looking at the pinstripes.” The famous quote by Frank William Abagnale Jr., one of the popular con-men specialized in impersonation and forgery, can definitely be taken as the basis... END_OF_DOCUMENT_TOKEN_TO_BE_REPLACED