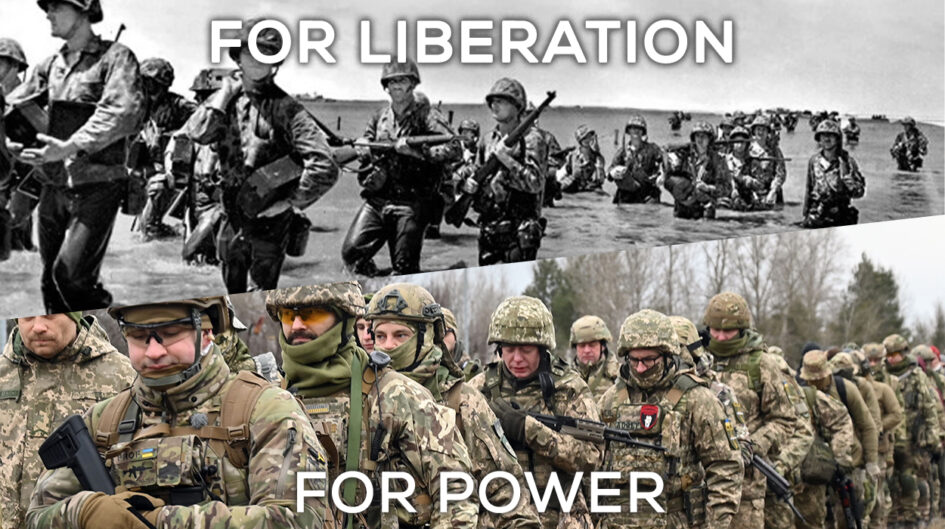 “Propaganda” in present-day English, refers to information or media (especially of biased or misleading nature) that is used to manipulate the audience to further an agenda. If you hear the word propaganda, it immediately alerts you to look out for signs of broken truths and purposeful misinterpretations. But what if I told you that this was not the case in the past?

The term “Propaganda” once had a neutral meaning and essentially stood for Knowledge. It was derived from the word propagate and was used to describe the exchange of ideas during the early 1600s. This term originated alongside the printing press, as the press was the mass media through which ideas were exchanged i.e propagated.

That was all it was. Sharing information and ideas, and letting the consumers of that information make their own judgment about what they want to do with these ideas. This went on for a while until the World Wars happened.

World Wars cemented the importance of Propaganda. Hitler believed that Germany had lost the First World War because of the effectiveness of the British Propaganda in diminishing the morale of the German troops. This led to an increase in using propaganda in Germany to shape public opinion and to promote the ideas of antisemitism(prejudice against Jews)which ultimately led to World War 2.

It is also important to note that the early 1900s saw the beginning of the production of motion films. Propaganda creators who were already brilliant at their job now had a visual medium that allowed them to invoke even stronger emotions in the viewers.

On the other hand, after the economic impact and loss of life because of the First World War, no one wanted a second World War. The USA was especially against war and stayed neutral for almost 2 years until the bombing of Pearl Harbour. Around the same time, the world began to know about the countless atrocities happening within the concentration camps.

This was the inflection point.

You have an entire country of people who know about the atrocities happening inside concentration camps but they have also been wounded by the First World War, so forcing them will only lead to revolts. Your country is now being attacked by the enemy and any more neutrality will only lead to further damage. How do you reshape public opinion and make people realize the need to enter the War, the situation that they wish to stay away from?

These events on the side of the Allied powers led to the creation of institutions like the British Political Warface Executive and the United States Office of War Information, whose sole job was to shape the public opinion and make the people feel like fighting this war was necessary. They overlooked everything from newspaper articles to motion pictures and subtly pushed the content in the direction to promote the necessity of the war and how America should be proud of sending soldiers into the fight for the liberation of innocent lives.

World war 2 was ultimately won by the Allied powers. Strong messaging and Propaganda played an important role in this process, concentration camps were closed and many Jews were saved from death. The good side won. The need for propaganda tools is now over. So what should we do about them now? They shouldn’t be touched until the need arises again right? Right?

If there was one pattern in history that always emerged true, it was that powerful tools are never just thrown away. Everyone realized how powerful Propaganda is (It literally helped turn the tide of both the world wars) and what damage it could do if it was used for manipulating the masses.

The potential of these tools being used for personal agendas was discussed heavily and as more people learned about this, the more they started to fear it. After all, who would want to be manipulated and exploited, working towards someone else’s goals, all while believing that they were acting out of their own volition?

This was when the word began to gain its negative connotation.

Today, the tools of propaganda are stronger than ever. Lies spread faster than truths. With every reshare, the story is slightly modified to increase the impact on the content consumers. Fabrication of “proofs” has never been easier and finding the truth has never been harder. Every person in a position of power has used propaganda(read in neutral connotation) to get to where they are and they will continue to do so without hesitation. Countries are using propaganda to justify invasions (Russia-Ukraine, China-Taiwan) and new stories will continue to come out every single day.

The scary and probably the only truth about this is that there’s simply no turning back now.

– This article is inspired by the movie “Casa Blanca” (1942). The movie won 3 academy awards and was lauded for its exhilarating moments, screenplay, and performance of the actors. But what intrigued me the most is the not-very-subtle World war 2 propaganda that underlined the whole plot.

[Trigger Warning] The following article contains acts of cruelty and violence. Reader discretion is advised. I opened my laptop, exhausted from all the classes at college, (not) ready to log in to another class when I stumbled upon “Monster: The... END_OF_DOCUMENT_TOKEN_TO_BE_REPLACED

“How long are you planning to cry and sleep in here?” I asked her, as I raised the blinds in her dark bedroom. Seeing the chocolate wrappers and empty Ramen cups spread across the room, I couldn't help but sigh.... END_OF_DOCUMENT_TOKEN_TO_BE_REPLACED

[Trigger Warning] The following reading contains potentially distressing information about self-harm. The reader is advised to use their discretion to continue reading.   Darkness cocooned her room, her heart twisted, churned, her fingers closed around her throat, nails digging into... END_OF_DOCUMENT_TOKEN_TO_BE_REPLACED

From a very young age, we are socialized to behave according to our sex. Boys are taught to be “masculine” and girls are taught to be “feminine”. But are there any biological differences between a man and a woman which... END_OF_DOCUMENT_TOKEN_TO_BE_REPLACED

“What is it about being blind that it makes you want to walk the dog the whole time?” “When it comes to environment, it's not us but our children and our children's children that will pay for our mistakes, which... END_OF_DOCUMENT_TOKEN_TO_BE_REPLACED