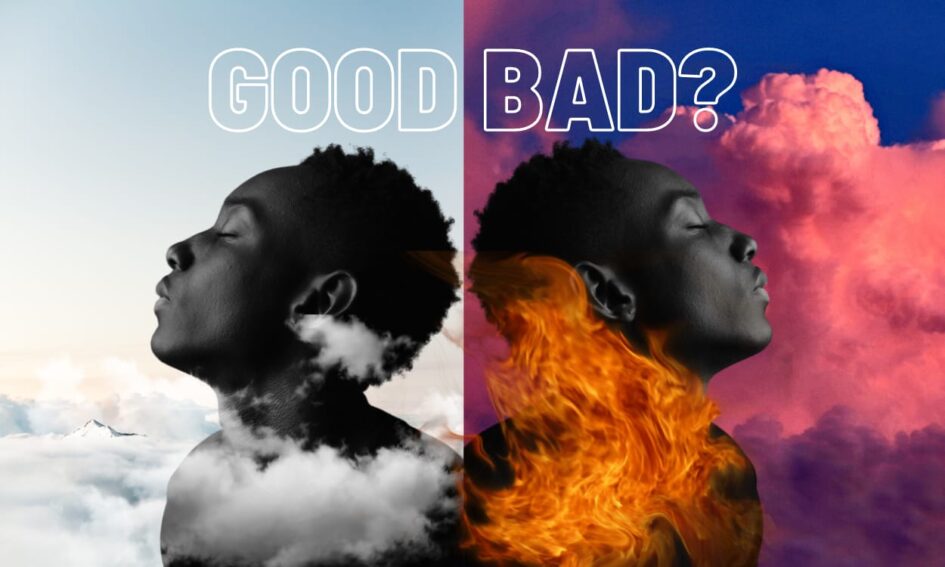 Since the primitive days of human existence, we have come quite far as a civilization. While this advancement can be attributed to numerous factors, the ability to socialize takes the cake. This remarkable ability to express our feelings, work together, and learn from each other has been one of the key components for evolving us into the beings we are. But in this process of human communion, conflict of opinion is inevitable. To resolve such conflicts and ensure fairness, we adopted the concept of ‘good’ and ‘bad’. Through this, we were able to lay the structure of what is morally acceptable and what isn’t, and essentially rationalize the act of arguing—or so we thought.

The main challenge of laying such guidelines is to assume a moral ‘baseline’ that will remain true irrespective of when and who framed it. But unlike scientific facts, morality deals with human opinions and biases. And these tend to change with time and culture. What’s considered ‘bad’ now can become ‘good’ at any point in time.

For example, killing people is generally considered to be immoral. But, when it comes to killing a terrorist for his crimes, it becomes perfectly justifiable. We feel killing a terrorist is right, because doing otherwise would put more innocent lives at risk. And the loss of life is something against our instinct. Hence we term terrorists as ‘bad’. But, according to the terrorist’s belief, loss of human life might just be something ‘good’ and rewarding. That’s why he was compelled to commit the crime in the first place. Irrespective of how flawed this belief system is by today’s standards, it’s still a belief system. From the majoritarian perspective, the killing of terrorists is justified. From the perspective of the terrorists, the killing of innocent civilians is justified. So which ideology should you pick?

For this next example, we’ll be going back to the 1800s. During this time, slavery played a prominent role in Europe and America. The majority of people treated slaves as property with no basic human rights. Slaves were also subjected to brutality in the form of whippings, branding, and rape. This brutality was rationalized and was morally acceptable because for slavery to function, slaves had to be dehumanized.

One of the best-known proponents of this ideology was John C. Calhoun, who said this in his 1837 speech on the Senate floor:

“I take the higher ground. I hold that in the present state of civilization, where two races of different origin, and distinguished by color, and other physical differences, as well as intellectual, are brought together, the relation now existing in the slaveholding States between the two, is, instead of an evil, a good—a positive good.“

In retrospect, many of us may think “How did we allow all this to happen in the first place? Were we insane?!” We were, of course, but we justified this insanity with biblical passages, with examples from the Romans, and with just outright racism, arguing that black people were inherently inferior to whites. This shows how the preservation of flawed ideals was valued more than human life. But eventually, this worldview didn’t age well and decades later resulted in a civil war that saw the end of slavery.

The key observation from the two stated examples is how morality seems to be based mostly on popularity. We saw ideals that were once considered as “positive good” by most people, change into something inhuman and evil. In both examples, the majoritarian view was deemed morally right during the time they occurred in. Studies were conducted on this claim and showed similar results. And as it turns out, morality serves to justify ideals that are popular at the time.

As science progressed, so did our moral sense. We began to question and replace our existing ideals. As a result, our society grew more compassionate and caring. There’s more room for acceptance now than ever before. But this doesn’t mean we figured out the ultimate moral code. Things like animal slaughter, racial discrimination, reproductive freedom are a few moral concerns of today that our future generation might look down upon just the way we look down upon slavery today.

In conclusion, it could be said that the nature of ‘good’ and ‘bad’ is the same. Different people assign it different meanings. A more fair idea to work towards is not someone who does ‘good’ just because it’s generally considered as ‘good’. Instead, it is someone who intuitively learns from experience that being more compassionate towards others results in less suffering and a greater sense of fulfillment.

This article was inspired by the movie ‘Super Deluxe‘. This movie depicts truly depicts the sentiment of subjective morality through four stories in which characters are lead to question their beliefs in the strangest ways.

Afternoon, 27th September 2080 The season of fall had begun. The leaves had turned orange and were bidding goodbye to the trees which held them close to their hearts, to become one with the gentle breeze. Their journey now had... END_OF_DOCUMENT_TOKEN_TO_BE_REPLACED

Love is unconditional. It's received and given in many forms, but it's said that the truest of love is when it's without any limitations. A love for caring about others without demanding much for yourself. The love of acceptance and... END_OF_DOCUMENT_TOKEN_TO_BE_REPLACED

Trigger Warning: The following content contains a description of abuse and murder which is potentially disturbing. Readers’ discretion is advised.   Did you know that Adolf Hitler was alleged to have paranoid schizophrenia? Many Psychoanalysts pronounced that he had mental... END_OF_DOCUMENT_TOKEN_TO_BE_REPLACED

Picture a person going through a great deal of misery and sorrow because of some certain terrible circumstances they are in. What expression did you picture this person in? The majoritarian guess would probably be a sad and unhappy face.... END_OF_DOCUMENT_TOKEN_TO_BE_REPLACED

In a world of change, the only thing constant is the effort to make a difference. While we all desire to be our finest selves, the path to being better is a rocky road. There are some days where we... END_OF_DOCUMENT_TOKEN_TO_BE_REPLACED