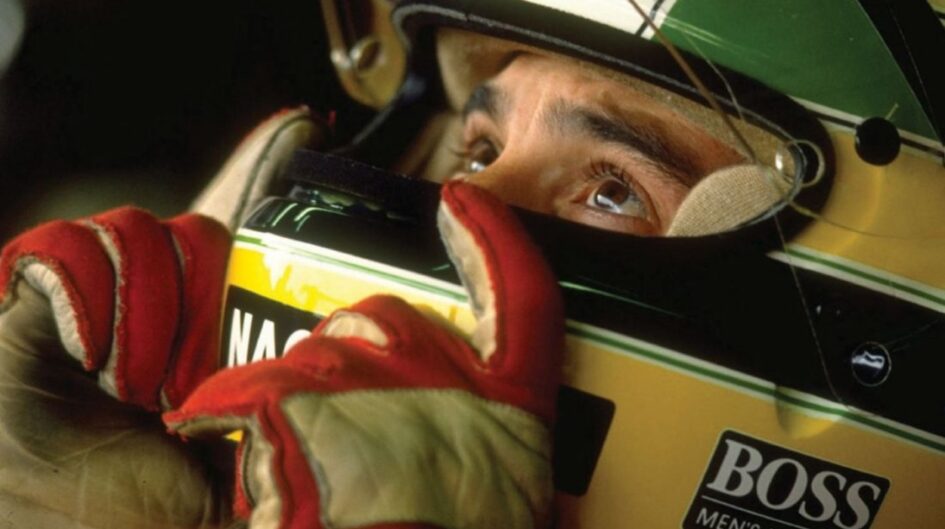 Ayrton Senna. A man whose legacy lives on to this day. Most modern-day drivers look up to him. He has won 41 Grand Prix in 162 races, has been on the podium 80 times, and has won the world drivers championship three times. However, the statistics barely do justice to how extraordinary this man was. In this article, we’ll look at what made him so brilliant and what we can learn from the pivotal moments in his career that shaped him into the driver, man, and hero that was Ayrton Senna.

Who Was Ayrton Senna?

Ayrton Senna, from Sao Paulo, Brazil, was a remarkable Formula One driver. He competed for great teams like Lotus, McLaren, and Williams and won three driver championships. For most drivers, this itself is a significant achievement, but Senna was exceptional.

Senna had a mystical aura about him. He was capable of feats that no one else could match. He was not only extraordinarily fast, but also a man of great faith and belief in God. Senna never shied away from expressing his opinions and feelings and was always willing to fight for what he believed in.

I could go on and on about what made Senna so brilliant, but when we look closer at his life, we can see that he had three key attributes that contributed to his legendary status.

Senna returned to Sao Paulo for the Brazilian Grand Prix in 1991, hoping to win in front of his home crowd for the first time. He got off to a strong start and led the race for the most part until his car suffered a gearbox problem. Senna had lost his fourth gear, and his advantage began to dwindle. Senna also lost 3rd and 5th gear with only a few laps to go, leaving him stuck in 6th to manage until the end of the race. To make matters worse, the field was closing in on him at an incredible rate. Despite these difficulties, he managed to win his maiden Brazilian Grand Prix.

Senna was unable to make it to the garage after such strenuous physical and mental exertion and had to be helped out of the vehicle. But on the podium, he found the strength to wave the Brazilian flag patriotically for the adoring home crowd.

This is only one of many events that demonstrate his extraordinary athletic ability and never-ending passion to win. It’s inspiring to see what one can do if one believes in themselves and keep trying. No amount of suffering could keep him from achieving his goal.

Many children and families in Brazil were impoverished at the time. Many people approached Ayrton for aid with personal issues, while hospitals and organizations requested his assistance. He did make donations, but he preferred not to do so at random. He wanted to use his wealth and position to create a well-structured and well-organized programme in Brazil to empower impoverished children.

His family members formed the Instituto Ayrton Senna shortly after his death in 1994. In 2014, the institution was reported to have assisted over 12 million Brazilian children and teenagers through its programmes, which resulted in fewer dropouts, greater passing rates, and more students completing additional years of education. His legacy extends far beyond just formula one. He always made sure to demonstrate his fondness for Brazil even with all the social problems at the time.

This is yet another quality that we sometimes forget. Being thankful for being in a position of privilege and also using it to help the people around you. Nothing can give a sense of satisfaction other than knowing how your donation has impacted someone else’s life.

He was a fan of both racing and its supporters, as well as the man from above. Senna was a devout Christian. He openly admitted his love for God and always placed his trust in Him. By opening the bible on a random page to seek an answer to a difficult question, he began regular scripture study and periodic rituals in times of severe stress. It felt as if he wasn’t even human at times, as his unconscious driving propelled him to a level that none of his opponents could match.

On a Saturday, Martin Donnelly was involved in a catastrophic incident during qualifying for the Spanish Grand Prix in 1990, resulting in multiple critical injuries. Senna, unlike anybody else, went to the accident site and saw the doctors resuscitate his fellow racing driver. Nobody knew if Donnelly would make it. Senna sat alone and prayed that afternoon. He realized that death and catastrophic injuries are a part of the sport and he could either confront these risks or walk away from the sport. He made his decision and headed out onto the track to set the fastest lap, followed by a second flying lap in which he completely destroyed his prior time.

For others who disagreed with Senna’s ideals, that day was a pivotal event. It was a day when believers and non-believers alike joined together to honor the legendary Ayrton Senna.

The Legacy That Lives On 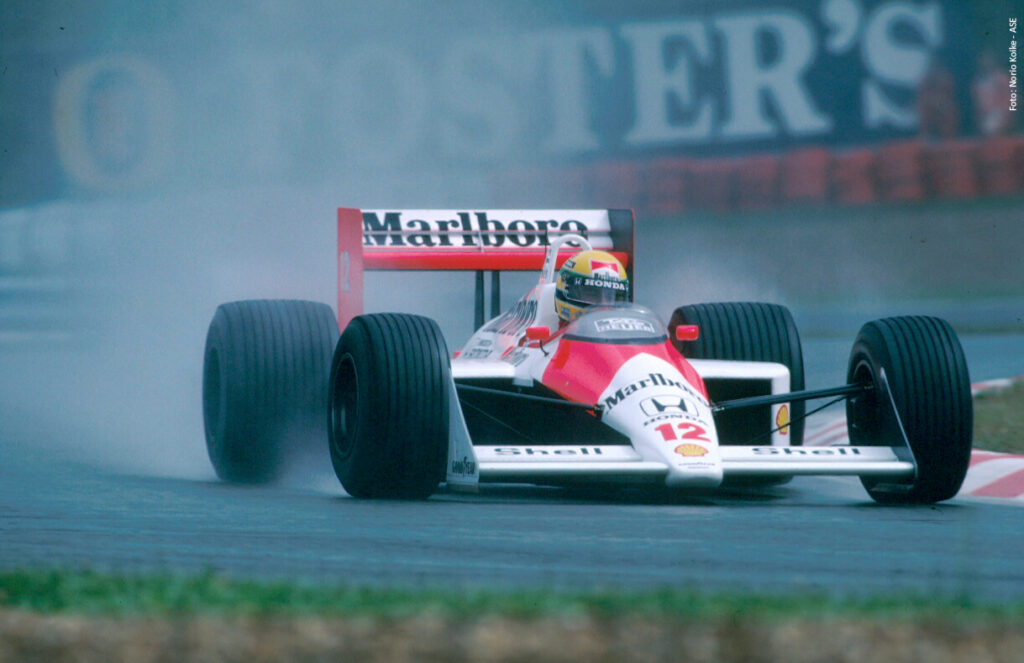 On Saturday, for the 1994 San Marino Grand Prix, Ayrton witnessed the first fatal accident on the track. Roland Ratzenberger had crashed into a concrete wall suffering a basal skull fracture that ended up taking his life. After waking up that Sunday morning, he opened the bible and read a verse that he would receive the greatest gift of all, which was that of God himself.

On that day Ayrton’s car had left the circuit at the fastest corner and slammed into the concrete wall. The front of the car was flung back at a specific angle as a result of this. When Ayrton flexed his head, a piece of the front slipped through the tiny gap in his visor, causing fatal head injuries. Ayrton’s death had so many specificities that it felt like divine intervention.

Ayrton Senna was a tremendous blessing to the Formula One world. He was a star who shone brighter than any other because of his extraordinary raw speed and pure human spirit. His religious faith drew people together for the betterment of the sport and the world. His legacy will always include his impact on the lives of millions of Brazilian youngsters and their families and he will live on in our hearts forever.

Two things have always fascinated me as a child- words and crosswords. Which word should I say? How do I say it? Can it, in its barely ten letters, hardly three syllables, carry the whole meaning of what I want... END_OF_DOCUMENT_TOKEN_TO_BE_REPLACED

As the night grew darker, enveloping an empty street with mystery and fear, it embraced two college students, Matteo and Ace. Drunk and floundering into the dark alley, they hadn't realised how far they had wandered until they came across... END_OF_DOCUMENT_TOKEN_TO_BE_REPLACED

“Propaganda” in present-day English, refers to information or media (especially of biased or misleading nature) that is used to manipulate the audience to further an agenda. If you hear the word propaganda, it immediately alerts you to look out for... END_OF_DOCUMENT_TOKEN_TO_BE_REPLACED

Faith has always been considered as one of the most inherently pure and pious things, across any and every religion and every school of a belief system based on the concept of God. That is probably because every single one... END_OF_DOCUMENT_TOKEN_TO_BE_REPLACED