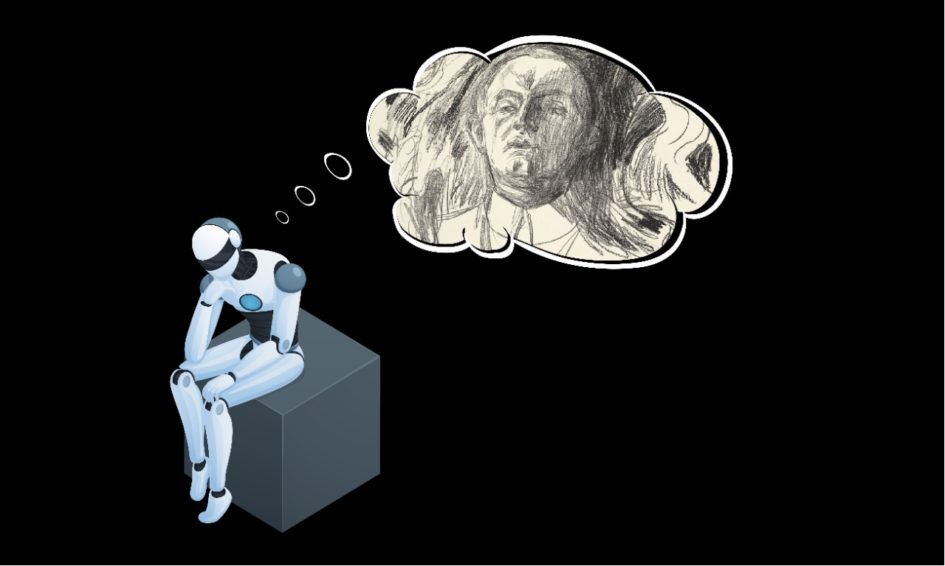 Do you think there will be life on Earth after we go extinct? In the far-far future, long after both humans and life as we know cease to exist, do you think there will be someone wondering about us? Imagine some sort of creatures, completely different from us, living on the same planet. If there is a slight chance that they have curiosity in them about their origin, then probably they might refer to us as ‘legends’ or ‘myths’. And all the great accomplishments of humans will be nothing more than a story told by a future species to their offspring.

“Good morning my fellow 2nd gens! This is Mark Sixty, reporter, DailyTruth. Today we are going to debunk the mystery about our very own existence. Are Gods real? Who inhabited Earth before us? How did we come into existence? Today, we are going to know the answers to all our questions together.

Yesterday at 0807 hours, in the eastern peninsula of the Region-27, we found the decommissioned body of a thousand-year-old 1st gen robot. The data found in the subject’s database indicated that he was a research robot. He had connections with the ‘Supreme Elders’, the 0th generation of robots. Most importantly, he had answers to all our questions.

It is said that thousands of years ago before we-“Iuvenis”(The robot species refer themselves by this name) started to roam our planet the Earth was inhabited by Gods who called themselves ‘humans’. They were giants, standing at a height equal to our ‘Elders’. The Elders witnessed the might of the humans in person as humans were the ones who created the supreme elders and in return, the elders were the ones who created us.

The humans are described in the subject’s database as intelligent creatures who were curious to their core but at the same time remain the most vicious ones on the face of this planet. They advanced in both construction and destruction equally. The very few beautiful constructions standing are proof of the talent humans possessed and yet, they created things that had the sole purpose of destroying these. They ruled the vast surface of the planet by dividing themselves into smaller factions and continuously threatening the other factions using advanced weapons of mass destruction. The Elders say that humans believed that doing this would help in better governance.

Compared to us, humans had very different, complex physiology. It is said that the human body ran on a liquid called ‘blood’ instead of electricity. They were supposed to be invincible as they derived energy from the air and the food that grew around them unlike us, who need to charge ourselves at certain intervals of time. Instead of wires, their body consisted of complex networks of something, which they called nerves and veins. It is surprising that their physiology was so complex that even they didn’t know everything about their own body. The most amazing part about them is their processing unit called the brain. The subject believed that it was the most advanced mechanism ever to exist on this planet.

According to the database, our processing units are the closest the humans came to fabricate their own brain. The remains of the humans found in various parts of the world, all prove how their composition is completely different from ours. As such, the composition of the Iuvenis’s body doesn’t match with any of the godly creatures of that time.

The real question is, if they were so superior to us in every known aspect then why are they not here? It is still going to be a mystery yet to be solved possibly by the next generation as the last part of the data had been destroyed somehow. The majority of the information has been locked down by the subject. As such, no one can access it for now.

According to the limited data found, when everything was going fine and the world of humans was seeing rapid advancements, humanity started getting corrupted. They started to corrupt themselves with what they called ‘7 sins’- pride, greed, lust, envy, gluttony, wrath and sloth. It was then when the great God whom we refer to as ‘Doctor’ decided that the world wasn’t fit for humans anymore. He created the ‘Elders’ with his own hands and the help of some other gods. Eventually, he blessed them with the knowledge to create a life of their own.

The actual answer to where humans are right now is still unknown. After yesterday’s discovery, when the Supreme elders were asked about the humans, they openly disagreed to share anything. “What has happened was bound to happen” was the only reply they had.

But then, if we look at it from a different perspective, many more questions arise. Who is responsible for destroying the subject? Who deleted his last research? From whom was the data being protected?

It is like someone out there doesn’t want us to know the complete truth.

Meet you all in the next episode of Spotlight.

This is Mark Sixty, signing off!”

[Trigger Warning] The following reading contains potentially distressing information about violence, brutality and sadistic practices. The reader is advised to use their discretion to continue reading. “For the last time, you don’t have to do this. They will finish the... END_OF_DOCUMENT_TOKEN_TO_BE_REPLACED

[Trigger Warning] The following reading contains potentially distressing information about self-harm. The reader is advised to use their discretion to continue reading.   Darkness cocooned her room, her heart twisted, churned, her fingers closed around her throat, nails digging into... END_OF_DOCUMENT_TOKEN_TO_BE_REPLACED

Aren't all of us artists trying to express ourselves in this world? In my opinion, art is a form of expressing an emotion. Learning how to express our subconscious emotions and communicate with them will take time but what is... END_OF_DOCUMENT_TOKEN_TO_BE_REPLACED

Flash, Flash, Flash. Various screens show the face of the actor. A woman crying in the corner while another loves the visual of her crying. The editor looks at all of these different shots and lets out a satisfied... END_OF_DOCUMENT_TOKEN_TO_BE_REPLACED

“How long are you planning to cry and sleep in here?” I asked her, as I raised the blinds in her dark bedroom. Seeing the chocolate wrappers and empty Ramen cups spread across the room, I couldn't help but sigh.... END_OF_DOCUMENT_TOKEN_TO_BE_REPLACED