The Blurring Lines of Reality 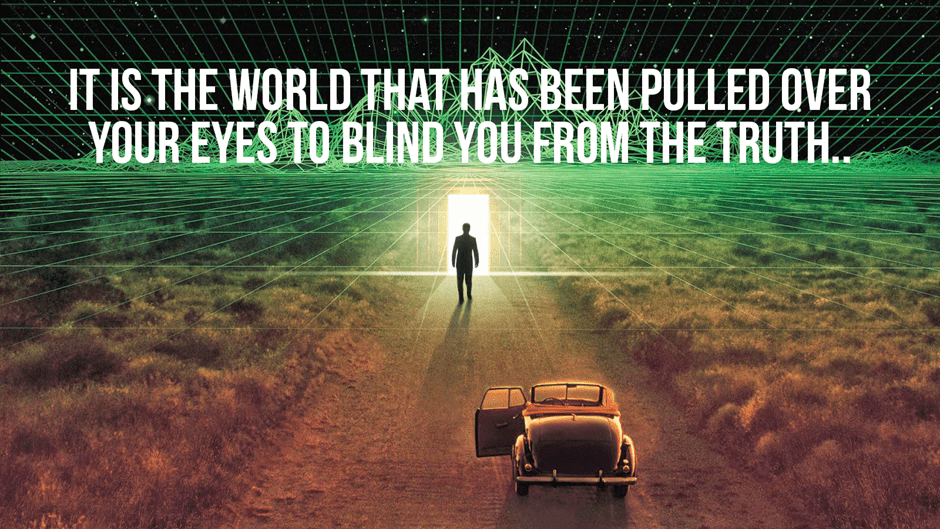 Imagine yourself as a writer and are writing a story. You create some characters and give them some roles, you develop a story-line, make these characters interact and at one point it reaches the ending. Now, taking this to the next level, we have the game The Sims. But here, instead of writing and imagining, you’re watching the story play itself in-front of you. The Sims is a simulation game and they obviously don’t have feelings or a conscience.

This theory is called The Simulated Reality and has been around for a long time. This hypothesis suggests that, instead of living in the base reality and building simulations of our own, we actually are a part of simulation built by someone else.

Many people believe that this theory might actually be real and Elon Musk is one among them. Yes, one of the smartest and most powerful men of our time believes in the simulation theory. He even said in one of his interviews that the chance of us living in the base reality is one in a billion.

The origin of this theory begins way back in the 1990’s with the movie The Matrix, which is about a programmer and hacker who realizes that the world we live in is not real but a simulation created by artificial beings. Although that theory seems a bit far fetched, Nick Bostrom, a philosopher proposed what he called The Simulation Argument in one of his books. The book explains three scenarios that are bound to happen in the future.

The very first scenario suggests that the human race goes extinct in the future for various reasons such as global warming, wars and/or so on.

The second scenario suggests that human race, though survive and achieve advancement, refuse to create a simulated universe.

Or they do, which is the third scenario.

Popularly known reason for this hypothesis to be real is that, maybe, the people from future wanted to know how humans lived before the great breakthrough in the technology and scientists created this simulated reality to observe and study us.

Is it even possible to create a simulation of the entire universe? But if you think about it, why would they create an entire version of the universe when they can just create a version of our solar system and limit our exploration and understanding to just that. Maybe, whoever created the simulation are not even humans. They can be aliens for all that we know and that’s why, maybe, they don’t want us to know of their existence. Maybe, the one who created the simulation is you. You, from the future who is bored, created this universe and are playing this game as a character through VR or are just re-living your life through VR. What if an older version of you is just trying to reminisce? They could’ve created this universe and are replaying it in a loop, so every time you die, you are born again and the Déjà vu feeling is just because you have already done this or been there on repeat. But that means that this version of simulation was only created by you and for you, resulting in billion other versions of this simulation created by other people from future for themselves. And maybe that’s what the multiverse is. We don’t know if any of these theories are real or just a ridiculous sci-fi fantasy.

Well, isn’t everything else we know a theory? The Big Bang Theory, Theory of Gravity, Theory of Relativity or the Simulation Theory. Everything we know about the universe is just our assumption of what we think from our point of view. There is so much that we actually don’t know about the universe. How do we know the difference between reality and fiction? When we sleep and dream, we assume that the dreams are our reality until we wake up. So, what if we are living in this reality and think that this is real but there is another reality which is actually real and we are not aware of that? Possibilities are endless and we may waste our entire lives thinking something is true which in fact, was a hoax.

Even if we are living in a simulation, there is no way of knowing. We can’t ever prove it or disprove it because we would be a simulation as well.

7th March 2020, for anyone, might seem like just any other day but not for us KMITians. The most anticipated event of our college, the KMIT evening, was held on the 7th. A beach day with friends can never go... END_OF_DOCUMENT_TOKEN_TO_BE_REPLACED

It was a hot summer day. Wedding preparations had begun; Meera and her cousins were resting after making the preparations. The sun was shining brightly, lighting up every corner of the room. Sunny and Mohit were listening to music, Sona... END_OF_DOCUMENT_TOKEN_TO_BE_REPLACED

Another day, another boy in the town was missing. That was the sixth in two weeks. Half of the town had evacuated. The rest are either too afraid to leave or are now broken families who have gone crazy due... END_OF_DOCUMENT_TOKEN_TO_BE_REPLACED

I vividly remember the summer of 2016. After a period of what I would like to call a struggle, I managed to get over with two years in a cliche corporate college. I had given my twelth-grade board exams in... END_OF_DOCUMENT_TOKEN_TO_BE_REPLACED