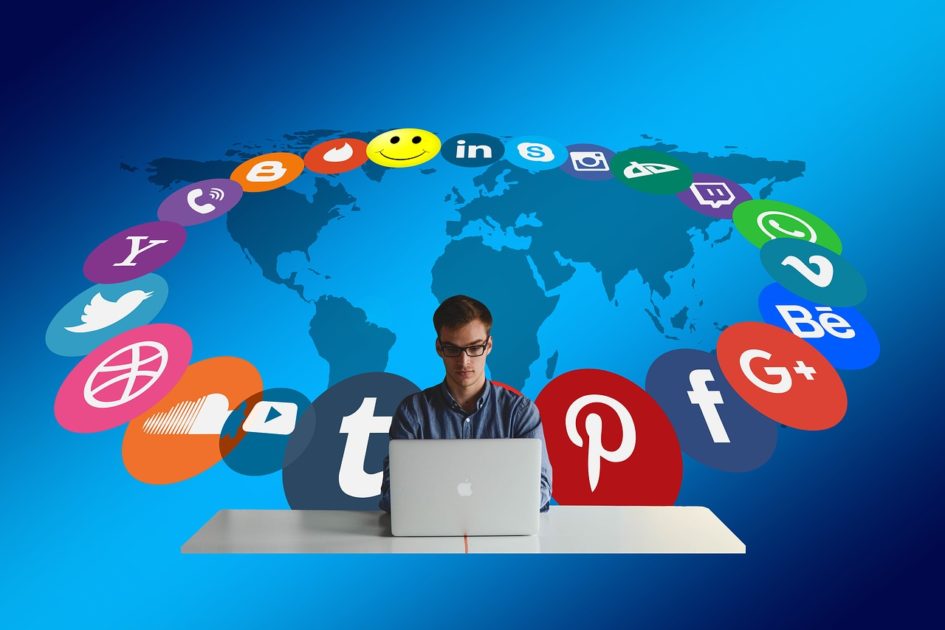 Welcome to the new age. Thank you for choosing to be a part of the world of social media. This a free world, and all the inhabitants have the right to assume any name, real or fake. Feel free to explore the bounty of content available, but we challenge you, the internet is so large, you will most likely not explore more than 0.004% of it. You are hereby given the opportunity to stand up for what you believe in, under the guarantee of total anonymity.

You will also henceforth be granted the right to express opinions, judge, validate and dismiss ideas, events, and even people. We are credited with creating revolutions and movements and are now the #1 medium of communication across industries and countries. There is nothing that isn’t available here, but as a heads up, you are advised to venture into the dark web at your own risk. Beware, the world of social media is a spiral. It’s infamous for being a one-way journey. Once you sign up, hang on tight, for it will be quite the ride.

Disclaimer: Any inhabitant can be subject to hate, threats, and verbal abuse. All inhabitants are strongly advised to read the policy guidelines, as we may choose to take down any content that doesn’t comply with our standards or that doesn’t reflect our political interests. And oh, don’t mind the eerily personalized ads, we just happen to sell your data to organizations. Nothing serious.

If 10 years ago, someone told you that social media as we know it today would become a reality, you would have probably dismissed it as an over-ambitious, even an unrealistic notion. Some might call it catastrophic, others, revolutionary. Few people believed that social media would rise to what it is today, but lo and behold, it has.

Endless debates have been held, and the pros and cons of social media have been weighed against each other more times than there are stars in the Milky Way. Regardless of which side you’re on, there’s no denying that social media has proven to be no less than a modern phenomenon: few things manage to change the way we conduct our lives and shake up the very foundation of how we communicate and express- a platform for the unheard, a stage for the artists, a podium for the politicians, an escape for the vexed, and a solace for the hurting.

It all began with a Big Bang, quite literally, because social media blew up in no time. As we transitioned into a new millennium, close to 100 million people were able to access the internet, but social media was still an unusual hobby. Websites like Facebook and Twitter still hadn’t come into existence, and people used chat rooms to interact, date, and make friends. The emergence of the internet and blogging led the way for the creation of these networking sites- what we now know as being “online”.

As of today, social media comes in many forms and flavours. Matt Banner,  a digital marketing specialist, quite aptly puts it in perspective-“You’ve got the vanilla Facebook, the bite-sized dessert that is Twitter, the dish with the perfect presentation known as Pinterest, the on-the-go Instagram, and of course, the zero-calorie Snapchat.” There is something for everyone.

Through the years, people have shared moments of their lives to the public, some sparingly, some obsessively, but all to a different extent, under the need to do it. Such is the power of penetration of social media. Almost as soon as it came into existence, social media was thought to gulp down data plans, spoil our children, create the pressure of being “liked”, and encourage spellings that put the English language to shame (remember when texting like this was considered okay?- gng out vl cal u l8r).

It became the dictator of what was acceptable and what was not. Although I daresay some of these concerns weren’t baseless, social media became a tool for something so much more significant: memes. Just kidding. On a more serious note, as we look back on a decade of social media, one can’t help but notice how it managed to go from being stigmatized and scorned upon to comfortably nestling into all corners of our lives. And we ain’t seen nothing yet, for the true potential of social media is far from being realized, and one can only anticipate the extent of future possibilities.

It boasts of commanding probably the largest audience in the world; greater than any stadium or arena. This tool of empowerment has helped mobilize people to create change and open discussions on subjects that wouldn’t otherwise have a chance. But most importantly, it has allowed us to question, to make aware, to deliberate and to hear from people we don’t always agree with: that is the promise of social media.

The way it works is bizarre, to say the least, but funnily enough fits the unpredictable, curious and remarkable ways of humans like few other things do. Such are the attributes of social media, and when its volatility is harnessed into a structured effort for change, as a common force we can do just about anything- move governments on climate change, coordinate rescue operations for refugees of war, or for that matter, make an egg the most “liked” image in the world.

Aren't all of us artists trying to express ourselves in this world? In my opinion, art is a form of expressing an emotion. Learning how to express our subconscious emotions and communicate with them will take time but what is... END_OF_DOCUMENT_TOKEN_TO_BE_REPLACED

Flash, Flash, Flash. Various screens show the face of the actor. A woman crying in the corner while another loves the visual of her crying. The editor looks at all of these different shots and lets out a satisfied... END_OF_DOCUMENT_TOKEN_TO_BE_REPLACED

From a very young age, we are socialized to behave according to our sex. Boys are taught to be “masculine” and girls are taught to be “feminine”. But are there any biological differences between a man and a woman which... END_OF_DOCUMENT_TOKEN_TO_BE_REPLACED

“What is it about being blind that it makes you want to walk the dog the whole time?” “When it comes to environment, it's not us but our children and our children's children that will pay for our mistakes, which... END_OF_DOCUMENT_TOKEN_TO_BE_REPLACED

For the fourth time this week, I woke up at my desk. It wasn’t very comfortable: most of the space was taken up by an assortment of empty Red Bull cans and coffee cups. Clutter never bothered me though, it’s... END_OF_DOCUMENT_TOKEN_TO_BE_REPLACED