Sridevi – Chandani of the Silver Screen 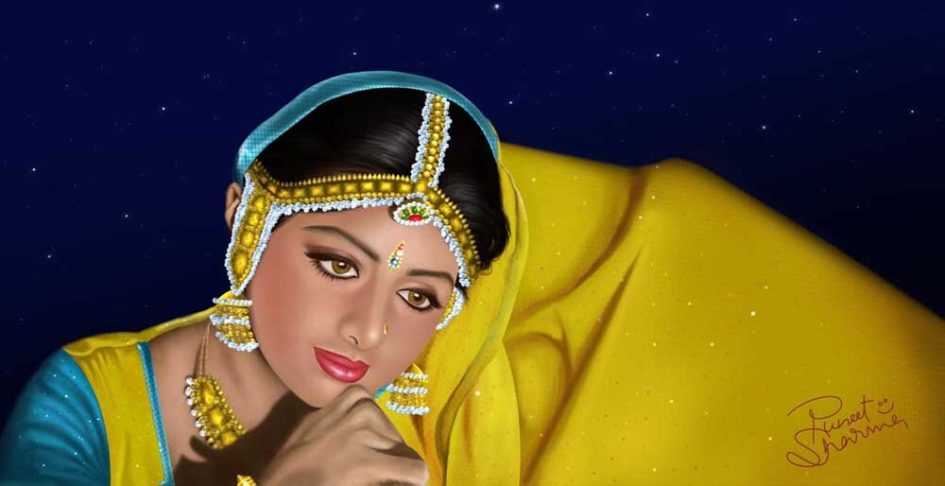 Sridevi - The Chandani of the Silver Screen

25th February 2018. I expected it to be a regular morning. Following my daily routine, the first thing I did was check my phone. Since it was pretty early in the morning, I had very few messages, so I shifted focus to WhatsApp statuses. And there it was, BOOM!

A gorgeous picture of one of my favourite actresses with a write up that said “#GoneTooSoon #RIPSridevi”. I was shook. For quite sometime after that, I decided to presume that whatever I had just seen was a hoax and that friend of mine who posted it had no better work in life. 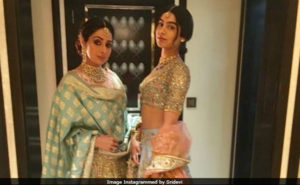 But then, of course, my brain couldn’t take it and I decided to use Google. All I could type in the search was her name, cause I just couldn’t type anything along with it. I didn’t want a specific search, I didn’t want to know the truth. Alas! It was there. Bulletins of different news channels, all stating that she was no more.

A “freak accident” is what they’re calling it. I agree. That accident was definitely a freak. Took away from us the first female SUPERSTAR of Indian Cinema.

300 odd films. Yes! That’s the number of movies the lady has worked in. They were not only of varied genres but of varied languages too. She was, in the true sense, a superstar. She started her career as a child artist in the Tamil film named Kandan Karunai at the mere age of 4. And the industry never let her go since then. She moved from Tamil to Telugu to Kannada to Malayalam and last, but not the least, she took over the Hindi cinema. 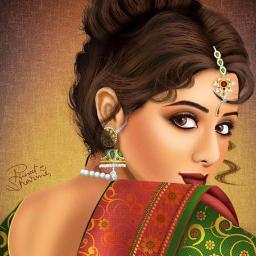 Her charisma was such that it could not go unrecognized. Her eyes had an infectious glow. Her style, her grace, her sense of fashion, everything was just jaw-dropping and awe-worthy.

Due to her pan-India appeal, she was considered to be one of the most popular actresses of Indian cinema. Critics have applauded her for her comedic abilities and her amazing skills as a dancer. In the 1990s, Sridevi was one of the highest earning actresses of Bollywood. She was the first Indian female actress to be paid more than her male colleagues.  In a national poll conducted by CNN-IBN on the occasion of the centenary of Indian cinema, Sridevi was voted “India’s Greatest Actress in 100 Years”.

She was considered one of the very few Indian female superstars capable of huge box-office success without the support of a male hero. She took a good 10-12 year parenting leave from work. And returned to cinema in 2012, with a beautiful movie called “English Vinglish” that garnered a lot of critical acclaim for its subject, i.e., to value a person based on their life skills and not their lack of knowledge in English. One of my all-time favourites.

She has also filmed a special appearance for Shah Rukh Khan’s Zero, releasing this December (posthumously).  That’s definitely going to bring me tears. 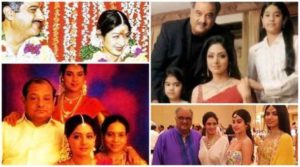 She has taken home innumerable awards. In 2013, the Government of India awarded Sridevi the Padma Shri, the country’s fourth highest civilian accolade for her contributions to the entertainment industry. Honourary awards were also conferred on her by the state governments of Tamil Nadu, Andhra Pradesh and Kerala.

She was an actress par excellence, a gorgeous lady, a loving wife, a doting mother, and a beautiful soul. I could go on and on about her. But I wouldn’t want to bore anyone reading this. My advice? Watch her most iconic performances on  loop to deal with the grief!

Did your 8-year-old self ever wish for that awesome Pixar movie that you watched, and you watched, then you watched again, to be real? Because I did!  I had a dream. I wished I was a car so that I... END_OF_DOCUMENT_TOKEN_TO_BE_REPLACED

Many of us might look back at the time we spent in school with nostalgia and fond memories. But most will also agree that it wasn't the happiest of places with long and monitored study hours, heavy bags full of... END_OF_DOCUMENT_TOKEN_TO_BE_REPLACED

The lockdown, for most of you, was the most boring time of my life. Six months of staying at home didn't do me any good apart from the fact that it brought me and my dad closer by giving us... END_OF_DOCUMENT_TOKEN_TO_BE_REPLACED

Two things have always fascinated me as a child- words and crosswords. Which word should I say? How do I say it? Can it, in its barely ten letters, hardly three syllables, carry the whole meaning of what I want... END_OF_DOCUMENT_TOKEN_TO_BE_REPLACED

Ayrton Senna. A man whose legacy lives on to this day. Most modern-day drivers look up to him. He has won 41 Grand Prix in 162 races, has been on the podium 80 times, and has won the world drivers championship... END_OF_DOCUMENT_TOKEN_TO_BE_REPLACED