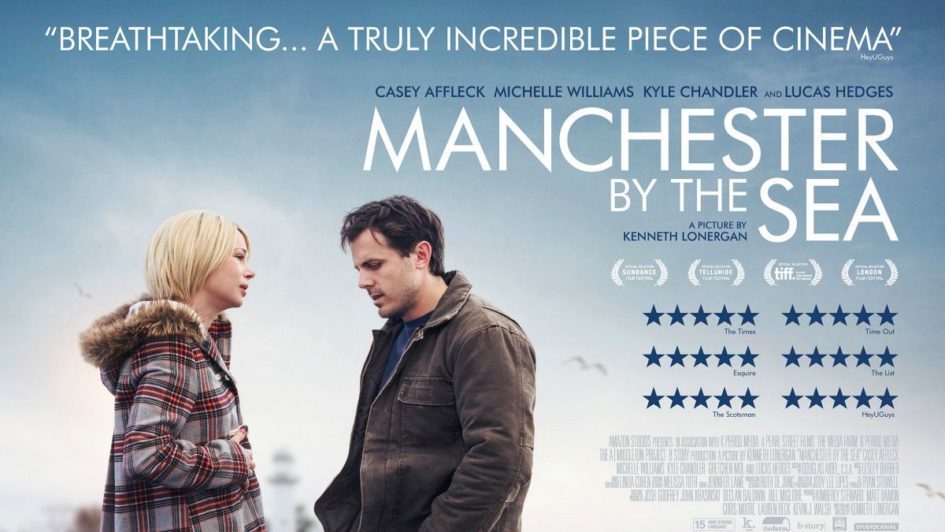 A Kenneth Lonergan’s masterpiece “Manchester By The Sea” has the theme of persistent grief and a hope of redemption. It is a beautifully textured drama about how a death in a family forces a small town guy to confront the past tragedies anew.
You all might really want to watch the movie to experience Casey Affleck’s bone-deep performance as a man who lost everything and a man petrified into silence. The movie shows the idea that life moves on even when it no longer seems worth-living.
Scratching out a living as a handyman in Boston, Lee Chandler (Casey Affleck) is suddenly called back to his home town on the Massachusetts coast by the death of his brother Joe Chandler(Kyle Chandler). This loss returns him to the scene of an even greater grief, threatening to tip him over the edge for good. 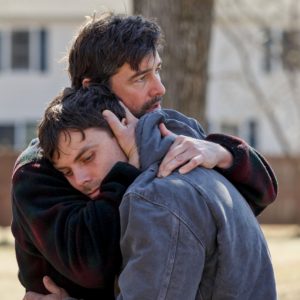 As if the grief weren’t enough, Lee also has to make arrangements with the funeral parlor, decide whether to keep the body on ice , and figure out what to do with the cherished family boat, which no one can really afford to maintain. 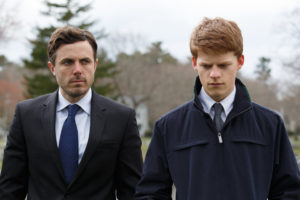 But his biggest concern of many is the looming responsibility of guardianship:Joe’s son is now 16-year-old Patrick (Lucas Hedges), and Joe stipulates clearly in his will that he wants his surviving brother to take custody.

Part of the problem is the town itself, a site of some very bad memories for Lee. Lonergan applies a sophisticated flashback structure, fleshing out his characters’ relationships and slowly meting out crucial information about their backstories.

The heart of “Manchester By The Sea” is also this same relationship between uncle and nephew, forged in the opening scene on the boat, complicated by estrangement, and transformed by a mutual grief neither seems capable of fully articulating. This is a particularly regional story of mourning and male bonding, and not just because Lonergan makes his gorgeous seaside setting—captured through precise details of language, culture, and punishing weather .

From playful and boisterous to husked by sorrow, Lee shifts from boyish to broken as the timeline shifts.Watching the movie feels nothing less than being pulled into the lives of a damaged family and experiencing their grief as much as they do.

The movie is packed with a mix of sadness, self-loathing and dormant charm and as described above, “Manchester By The Sea” is a shattering yet graceful elegy of loss and grief.

It's hard to believe that 2020 is halfway done when the past six months have encompassed what feels like an eternity of global events with several words being added to our daily vocabulary. Terms such as “fatality rate”, “isolation”, “quarantine”,... END_OF_DOCUMENT_TOKEN_TO_BE_REPLACED

With the Covid-19 outbreak taking a toll on our sanity, social lives, and several other factors, this time, we, as kMITRA wanted to do something different. We wanted to know what our readers think about this time in quarantine and... END_OF_DOCUMENT_TOKEN_TO_BE_REPLACED

The outbreak of the COVID-19 pandemic has undeniably disrupted our daily lives and summer plans. With the nationwide lockdown in place and government-mandated social distancing, it’s easy to think we’re living in a somewhat dystopian novel at the moment. Alone,... END_OF_DOCUMENT_TOKEN_TO_BE_REPLACED

While it’s true that the circumstances surrounding this quarantine can be scary at times, I am grateful for all the time I have had to do some much-needed soul searching. The lockdown started with me constantly wanting to go out... END_OF_DOCUMENT_TOKEN_TO_BE_REPLACED

[Warning] The following content may trigger anxiety. Reader discretion is advised.   The sun rose again. It was yet another day of the tiring and exhausting quarantine. Luv, still in his bed was reluctant to get up. His phone vibrated... END_OF_DOCUMENT_TOKEN_TO_BE_REPLACED