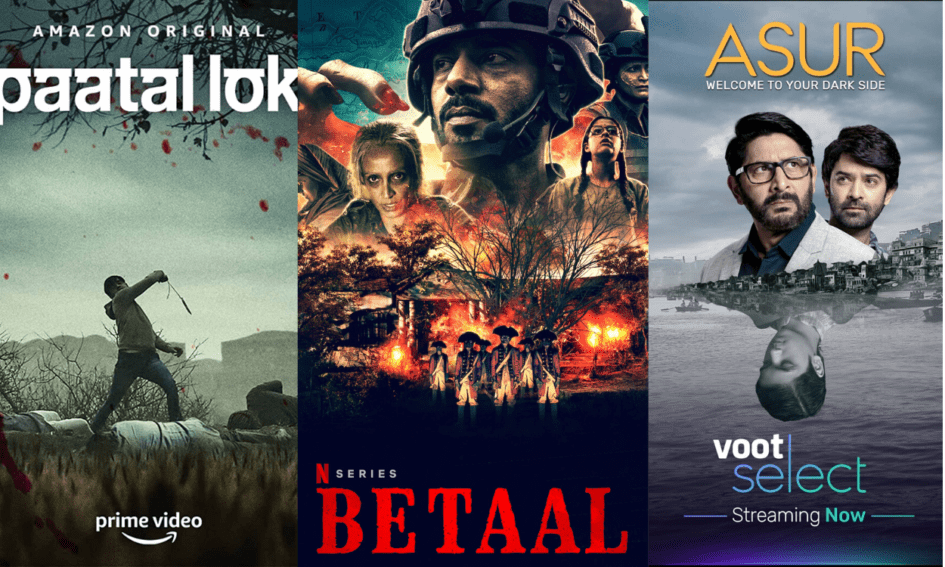 There’s no denying the fact that quarantine wasn’t an ideal situation for most of us, and was a trying time, even for a homebody like me. But on a positive note, I finally found the time to catch up with all the latest web series and movies.

Nail-biting psychological thrillers and spooky horror flicks have always been my favourite genres of movies and web series. This love affair began when I first watched The Shining, and I’ve been on a lookout for such mind-boggling content ever since.

As I was mastering the art of binge-watching, I came across three interesting Hindi language thriller series: Asur, Paatal Lok and Betaal. Here is a spoiler-free review of the series.

Asur: Welcome to your dark side 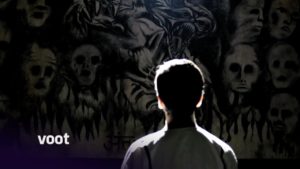 Asur is a Voot select original, crime thriller web series, inspired by the world of Indian mythology and forensic sciences. Voot is new to the original-series-production game and released Asur just before the lockdown started. Despite the series being underhyped upon its release, I decided to watch it, and honestly, I wasn’t disappointed.

A notorious serial killer on the loose murders random people at random locations in the most disturbing ways possible. The crimes are traceless and the killer uses strange and unfamiliar ways to torture the victims. He identifies himself as the ‘Asur’ and only leaves behind a Balinese mask for a trace. Forensic experts Dhananjay Rajpoot and Nikhil Sharma, along with their team investigate these heinous, yet clever murders.

As the story progresses, what seems like just another case of serial killings, unravels the sinister motives of the killer. And our protagonists find themselves entangled into this convoluted game of good vs evil.

The series is very well written and has deep-rooted links to the mythological creature, Asur. It has a slow start and picks up the pace after a good 3 episodes, but the compelling narration and cliffhanger climaxes will get you hooked onto the show within no time.

Speaking of the cast,  Barun Sobti as Nikhil and Arshad Warsi as Dhananjay, along with the other supporting cast members deliver noteworthy performances. The supremely talented child actor Vishesh Bansal, who plays the role of a sociopathic and delusional teenager steals the limelight for sure.

The show has a few plot holes and the ending leaves a lot of questions unanswered. But the detailed storyline, an eerie yet soothing background score and Oni Sen’s beautiful direction make this a worthwhile watch. 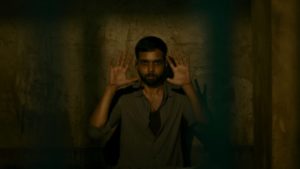 Paatal Lok, Amazon Prime’s much-awaited crime thriller web series is a socio-political saga, revolving around the lives of people from the segregated society of Delhi. Patal Lok was highly appreciated for its bold and outstanding content, making it an instant hit upon its release.

Hathi Ram Choudhary (Jaideep Ahlawat) is a beat-up police inspector from Delhi. He is assigned a high-profile case of the failed assassination attempt on Sanjeev Mehra (Neeraj Kabi), a well known and respected journalist. Hathi Ram, who has spent the last 15 years of his career solving crimes in the slums of Delhi, longs for promotion and hence decides to dig deep and crack this case by all means.

But why were the convicts pursuing a journalist? And are things really as straightforward as they seem to be?

With each episode of this fast-paced series, we get an insight into the complex lives of the characters. We understand that despite the disparity, just how closely the world of the weak and impoverished, ‘The Paatal Lok’, is connected and driven by the lavish world of rich and famous, ‘The Swarg Lok’. The meticulously-crafted-work-of-art writing is a gripping commentary on corruption, racism, politics, sexual abuse and other such grim issues.

Jaideep Ahlawat and Neeraj Kabi portray their multilayered characters with utmost ease and excellence. All the other cast members did a good job too.

Producer Anushka Sharma and creator Sundip Sharma, do not hesitate to address sensitive topics like rape, child sexual abuse, religious/communal discrimination and use of racial slurs. The show has been accused of being Islamophobic and insensitive towards certain communities.

Though the series has been subject to a lot of controversies, it is important to remember that none of these delicate matters has been glorified. Paatal Lok only mirrors the harsh truths of the Indian society. After all, it’s just a work of fiction, isn’t it? 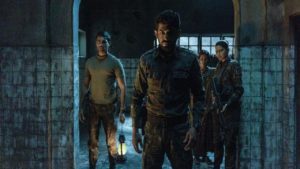 Betaal is a Netflix original, zombie horror-thriller series, based on the Indian folklore of Betaal. A private company decides to hollow out a sealed tunnel in a remote village Nilja, to build a highway. The tunnel hides a sinister secret and the tribal populace of the village protest against its excavation. ‘Baaz Squad’, a division of CIPD are hired to clear out the tunnel. While doing so, they break an age-old curse and unleash an army of blood-thirsty zombies.

The four-part series has a strong opening. Ajay Mudhalvan, a corrupt contractor is under pressure to finish the construction and misinforms Vikram Sirohi, the commander of Baaz Squad that the villagers are insurgents. The villagers know well about the dangers of the excavation but are forcibly displaced.

This showed how the selfish intentions of the ill-minded industrialists, corruption, and oppression become the cause of an apocalypse. But, such a promising premise turns into a very predictable plot in the next episodes.

The series is like any other run-of-the-mill Bollywood horror. The characters dismiss the supernatural nature of the situation and keep inviting trouble. Most of the characters are monotonous and one dimensional due to the lazily written dialogues. The legend of Betaal and its origins are unexplored for the most part. Pointless rituals by the villagers and the meaningless PTSD flashbacks were nothing but mere plot devices.

Speaking of the positives, the cinematography of the show is exceptional. The series isn’t cluttered with silly jump scares and every horror scene is spine-chilling. An eerie and spooky background score perfectly complements the ghoulish vibe. All the actors have played their parts very well, especially Vineet Kumar Singh as Vikram Sirohi.

To top it all off, the climax scene is straight-up jaw-dropping. Though it has its low points, the series features an unfamiliar combination of Indian mythology and zombies. Betaal is a long-awaited horror show that the Indian audience will truly enjoy.

So which one will you be binging first?

“A man is great by deeds, not by birth” “Keep your friends close and enemies closer” Most of you might’ve come across these quotes before. If you haven’t, these were quoted by the brilliant thinker Chanakya. These are just two... END_OF_DOCUMENT_TOKEN_TO_BE_REPLACED

Humans seek attention but seldom pay it. Didn't you, at least once in your life, wait for your friends to finish speaking so that you can present your thoughts? I did — numerous times. While doing so, we not only... END_OF_DOCUMENT_TOKEN_TO_BE_REPLACED

Who doesn’t like a good psychological thriller? There is no pre-defined age as to who finds them entertaining. Everyone enjoys an engaging thriller book or a movie once in a while. It gives us a rush and always keeps us... END_OF_DOCUMENT_TOKEN_TO_BE_REPLACED

Spoiler alert: The following article is inspired by ‘No filter: The Barks & Beans Café mystery series” written by – Heather Day Gilbert and contains major spoilers. 9:45 p.m Luckily, I reached home without anybody noticing. Coal was chilling with... END_OF_DOCUMENT_TOKEN_TO_BE_REPLACED

Adversity, hardship, and sadness. All these words have a lot of stigmas attached to them. Understandably so. After all, the bitter moments of our lives are the last things we would ever want to relive. We tend to see sadness... END_OF_DOCUMENT_TOKEN_TO_BE_REPLACED