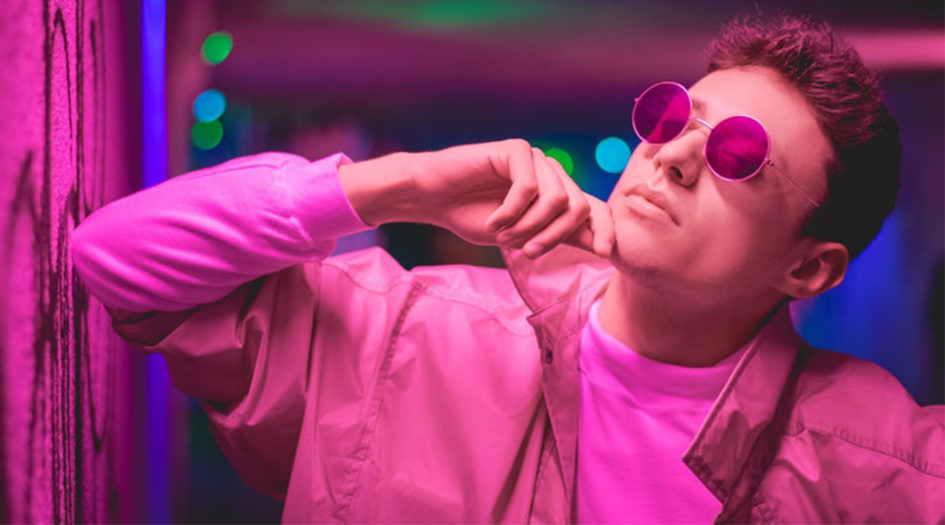 In this beautiful world of ours, eyes are often considered to be the gateways to the soul and pathways to the heart. The magnificence of this world is visualized through the magic of colors. Each color is associated with significance and a symbolic meaning. In color symbolism, white represents purity and wisdom while orange stands for warmth, joy, and creativity. Pink is often associated with sensitivity, tenderness, and femininity.

Pink and femininity are considered to go hand in glove with each other. It is a common sight to see everything ranging from dresses to accessories in pink, predefined for the usage of girls and women. But this was not always the case. In-fact the well-known color code of blue for boys and pink for men was non-existential and the polar opposite of this code existed in the 19th century.

A Ladies Home Journal article presented a theory that pink being a stronger color was to represent men and blue signifying delicate demeanor was to characterize women. The above is an example of a classic gender stereotype of considering men “strong” and women “weak”.

Queen Victoria was painted in 1850 with Prince Arthur, who was dressed in pink. Popular magazine TIME published an article in 1927 about the queen of Belgium decorating cradles and a room in pink as she was expecting a son to be born. But this began to change during the World War 2 era. After the war, the dull colors reminiscent of gory and pain were replaced with bright and radiant colors like violet and pink. Women were encouraged to display and “reaffirm” their femininity by wearing pink. Men began to shun pink, considered representing attributes like tenderness and delicacy considered unmanly. Blue, used as a color for army uniforms in war took over as the new color for men.

Does this mean that men can’t be associated with features such as tenderness and delicacy? The color-coded gender stereotyping begins even before the child is born, before he can even mold his thoughts or frame his mind. “Being a man”, “Manning up”, “Men don’t cry”, are oft-quoted phrases which have seeped so deep into our day to day lives, neighborhoods and households, to such an extent that we fail to realize its effects on the shaping up of young minds.

Some boys avoid a natural inclination towards liking the color pink, being victims of the gender-specific norms. Pink toys and clothes are rejected under the impression of them being feminine and a notion that any interaction with them would undermine masculinity.

Men sporting pink often raise eyebrows. There is always a person trying to point out that anything pink is feminine, the embodiment of qualities a man should supposedly not possess. A human is a beautiful mess intertwined with feelings and emotions which can’t be untangled from each other. Strength, vulnerabilities, tears, tenderness, care, delicacy, they all come as a package and the possession of some and the subjugation of others is destructive.

Our society where men are often prejudiced to be non-expressive is a result of the freedom of expressing certain emotions being snatched away.  If men are strong, so are women. If women can show tenderness and delicacy, so can men. A color or a trait can’t undermine masculinity or identify a particular gender. A color is a manifestation of beauty; beauty which knows no gender.

“Global shares take a hit - Big shift in stock markets, where shares in companies are bought and sold, can affect the value of pensions or individual savings accounts (ISAs).” -- BBC News   “Consumer confidence collapses in May, the... END_OF_DOCUMENT_TOKEN_TO_BE_REPLACED

The most basic essentials of human life have always been food, water, shelter, and clothing. It is believed that perfecting the supply chain of these four essentials is what has allowed us to evolve into the most dominant living being... END_OF_DOCUMENT_TOKEN_TO_BE_REPLACED

The numbers from the 1918 Spanish flu pandemic- one of the deadliest pandemics in history- reveal that the disease caused more than 17 million deaths. But most of these deaths were not attributed to the pandemic alone. The inception of... END_OF_DOCUMENT_TOKEN_TO_BE_REPLACED

The outbreak of Covid-19 has seemingly brought us into a new era. Despite a few genii arguing that a simple virus cannot alter the lives of supreme humans, yet here we are locked inside the four walls of our home... END_OF_DOCUMENT_TOKEN_TO_BE_REPLACED