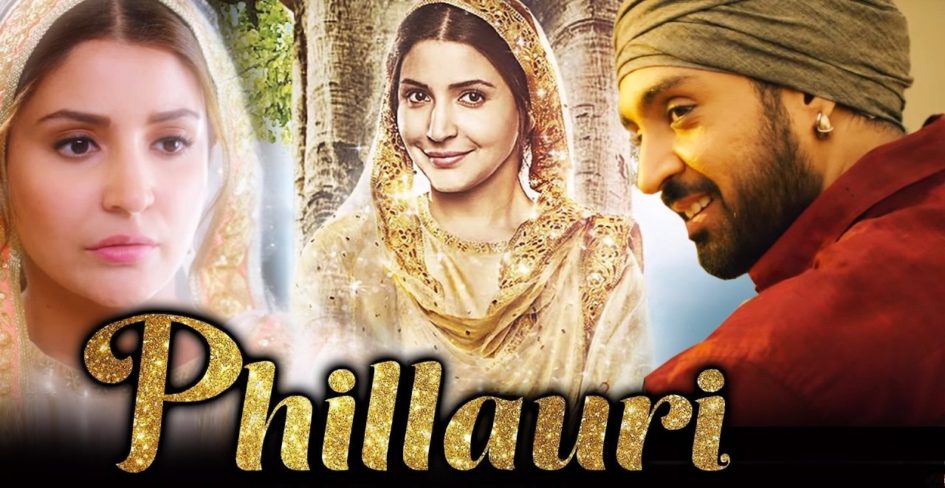 Anshai Lal’s first directorial adventure, Phillauri is the story of Kanan (Suraj Sharma),  a confused NRI who  returns to India from Canada to marry his childhood friend Anu (Mehreen  Pirzada ).  The twist in the tale is  when  Kanan is forced to marry a tree first, as he is a “manglik”, due to which a  ghost Shashi (Anushka Sharma), who resides on the tree gets bound to him.

The film runs in parallel  with the two couples-  Kanan & Anu in the present and Shashi & Roop Lal (Diljit Dosanjh) in the past. Shashi and Roop Lal are from Phillaur, a village in Punjab; Shashi is a doctor’s sister and had always been told not to indulge in the Arts, as it was the pre-independent era, but she was a poetess and published her work  anonymously.  Roop is a “bhant, kanjar, piyyakad” singer with a voice every girl in the village got attracted to. 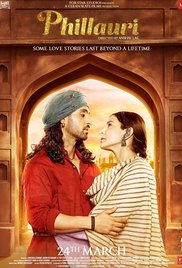 I found the narrative scenes between the past and the present  a little abrupt. The entire story was about putting Shashi’s soul to rest,  in peace, with her love. I felt that the first half was more fun than the second half, but in the second half, the role of Diljit didn’t let me blink an eye.

The songs were melodious but their run time was a  longer when compared to  other bollywood songs.

The appearance of Shashi’s  was like that of an angel’s  but she was called a ghost. Anushka looked beautiful with  just  one outfit  in a combination of white and gold.

The story wasn’t practical but I feel that it can be rightfully termed as a complete entertainment package.

Overall,  the film carried a new story and idea with the cast doing their best. To me,  it was  a ‘super natural’ experience.

“Hand me the gun and don’t move a muscle”, an injured Shankar Narayan whispers to his son, while they take cover under an old Contessa. The little boy does exactly as his father says, his hands trembling, desperately trying to... END_OF_DOCUMENT_TOKEN_TO_BE_REPLACED

Did your 8-year-old self ever wish for that awesome Pixar movie that you watched, and you watched, then you watched again, to be real? Because I did!  I had a dream. I wished I was a car so that I... END_OF_DOCUMENT_TOKEN_TO_BE_REPLACED

Faith has always been considered as one of the most inherently pure and pious things, across any and every religion and every school of a belief system based on the concept of God. That is probably because every single one... END_OF_DOCUMENT_TOKEN_TO_BE_REPLACED

As the night grew darker, enveloping an empty street with mystery and fear, it embraced two college students, Matteo and Ace. Drunk and floundering into the dark alley, they hadn't realised how far they had wandered until they came across... END_OF_DOCUMENT_TOKEN_TO_BE_REPLACED