The Ocean At the End Of The Lane: A review 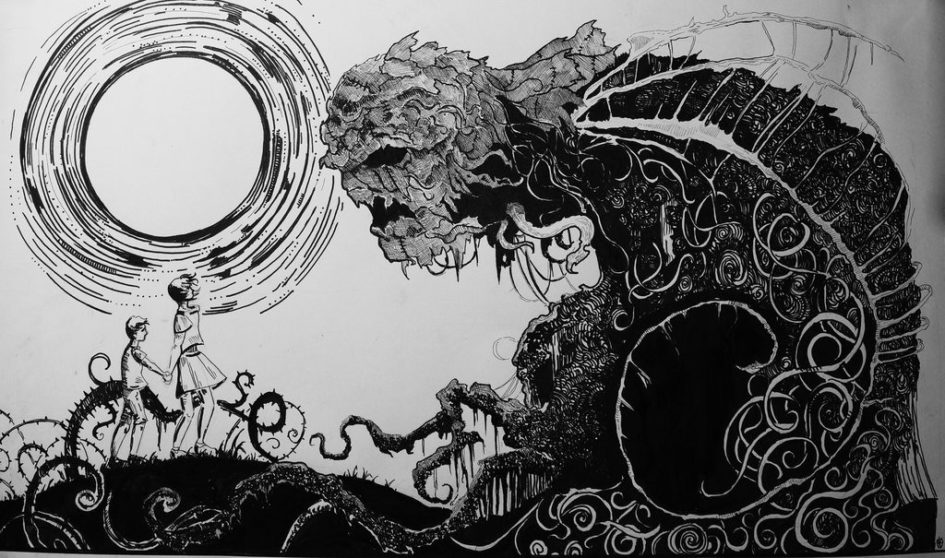 A man, sharply dressed, returns to his hometown for a funeral – and funerals are grim events. This man – our protagonist –  before heading to his sister’s house, attempts to clear his head and prepare himself for the endless,  exhausting interrogation; An expected consequence of meeting people you haven’t met in a long, long time.

With this objective in mind, he starts to drive around the town he hasn’t called home for a few decades now. What could trigger a trip down the memory lane? To be honest, anything could. But here, it is the places. His old home; the farm, owned by the family of his ex-girlfriend; and the farm of the Hempstock family. The Hempstock farm reminded him of  one Lettie Hempstock, an ancient little girl who has probably been eleven since forever.

For some unknown reason, our protagonist finds himself drawn to the Hempstock farm and before he knows it, he’s sitting at the edge of its duck-pond, the one which Lettie had always liked to call ‘the ocean’-her ocean.

Sitting by Lettie’s ocean, he is recalled of a series of events that took place approximately forty years ago. It all began with a dead man in the back seat of a white Mini that belonged to the protagonist’s father. This mishap was the first of many. Together, Lettie and our protagonist attempt to solve the problems that a ‘flea’ has been causing by giving people whatever they want, tipping the balanced scales of nature.

The Ocean at the End of the Lane by Neil Gaiman tells the reader how the protagonist and Lettie Hempstock manage to bring harmony back into their lives and those of the others around them, while the ‘flea’ keeps making it harder for them.

The book has every element in the right proportions and to the reader’s delight – with no loose ends. Sure, there are a few unanswered questions- many, in fact. Did old Mrs Hempstock really see the moon being made? For how long has Lettie been eleven? How have the Hempstock women managed to stay and look that young for thousands of years? They spoke the language of creation, true, but, what sort of magic was it? What is Lettie’s ocean made up of?

Gaiman, through this story, beautifully tells the reader about the curious nature of children and the rigidity of adults. 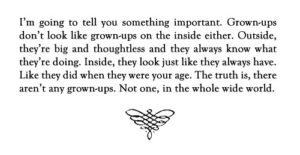 One cannot just ‘read’ this book. The mind is a canvas to Gaiman’s colourful words, and the story – a masterpiece to the inner eye.

This is one book that caters to the cravings of readers of all ages providing a perfect mix of a great little plot and nuanced characters.

The Ocean at the End of the Lane is a spectacular work of art and speaks of memories, and how sometimes we alter them so that remembering situations becomes easier. Such depth weaved to fit into a short length of 272 pages is a miracle to behold. It’s a perfect choice to consider for a short weekend read.

Many of us might look back at the time we spent in school with nostalgia and fond memories. But most will also agree that it wasn't the happiest of places with long and monitored study hours, heavy bags full of... END_OF_DOCUMENT_TOKEN_TO_BE_REPLACED

“Hand me the gun and don’t move a muscle”, an injured Shankar Narayan whispers to his son, while they take cover under an old Contessa. The little boy does exactly as his father says, his hands trembling, desperately trying to... END_OF_DOCUMENT_TOKEN_TO_BE_REPLACED

Did your 8-year-old self ever wish for that awesome Pixar movie that you watched, and you watched, then you watched again, to be real? Because I did!  I had a dream. I wished I was a car so that I... END_OF_DOCUMENT_TOKEN_TO_BE_REPLACED

The lockdown, for most of you, was the most boring time of my life. Six months of staying at home didn't do me any good apart from the fact that it brought me and my dad closer by giving us... END_OF_DOCUMENT_TOKEN_TO_BE_REPLACED