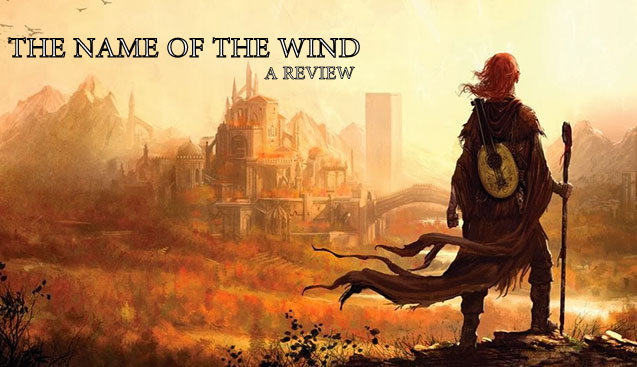 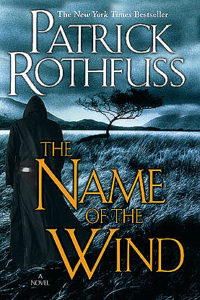 “My name is Kvothe.
I have stolen princesses back from sleeping barrow kings. I burned down the town of
Trebon. I have spent the night with Felurian and left with both my sanity and my life. I was
expelled from the University at a younger age than most people are allowed in. I tread paths
by moonlight that others fear to speak of during the day. I have talked to Gods, loved women,
and written songs that make the minstrels weep.
You may have heard of me.”
~KVOTHE

Book 1 of a trilogy yet to be completed. The "Name of the Wind" is a book I recommend to anyone who grew up reading tales of fantastical beasts, mighty heroes, and epic adventures or otherwise. The book follows the life and legend of Kvothe. Kvothe, the Bloodless. Kvothe, the Arcane and Kvothe, the Kingkiller. He’s charming, he’s dramatic, and he's a master musician.

But that’s not how we meet him, oh no. We meet him as Kote. Kote, the innkeeper. He is a silent man, a tired man, who runs a small inn in a small town, merely a shadow of his own legendary self. A man waiting to die.

We learn of Kvothe’s story through his own words as he recounts it. And the story maintains a constant mystery on how Kvothe became Kote, of how a legend became a mere innkeeper. The story is set in the fantasy world of Temerant, which slowly takes shape as our hero explores it. 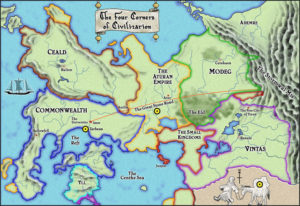 I’ve read this book more number of times than I would care to admit but it’s surprising how I manage to find something new that I missed previously. Just goes to show the care and intimacy Patrick Rothfuss put into writing his debut novel.

A must-read for anyone who is a fan of Harry Potter or Game of Thrones franchise. A book that took me through a tornado of emotions but never disappointed.

Police sirens, an opened door, a step out of the flat that had been an abode and a prison for 6-years-9 months-23 days—freedom at last?   Julian Assange was under no such false impression as the British police dragged him... END_OF_DOCUMENT_TOKEN_TO_BE_REPLACED

[Trigger Warning] The following reading contains events of death. **This is entirely a work of fiction and no distress was intended for any family/person affected by a natural disaster. “Please Ma!” Arya pleaded. “I made it to my final semester.... END_OF_DOCUMENT_TOKEN_TO_BE_REPLACED

From a very young age, we are socialized to behave according to our sex. Boys are taught to be “masculine” and girls are taught to be “feminine”. But are there any biological differences between a man and a woman which... END_OF_DOCUMENT_TOKEN_TO_BE_REPLACED

The corporate industry is notoriously famous for having the highest pay grade difference for employees working in the same company at different levels doing the same or similar jobs. This difference attracts several young engineers and management graduates into this... END_OF_DOCUMENT_TOKEN_TO_BE_REPLACED

Well, well, well. Something interesting has finally caught your attention in this painfully boring and monotonous life. You dash to the most convenient online marketplace to find the materialistic item that fuels your dopamine rush. These platforms help connect buyers... END_OF_DOCUMENT_TOKEN_TO_BE_REPLACED