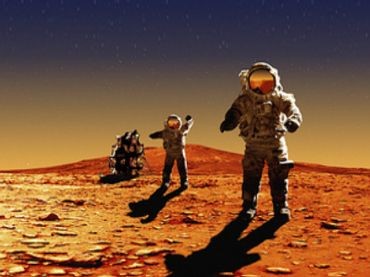 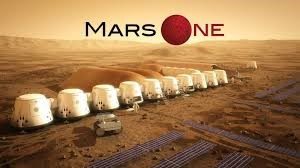 Settling on Mars! Doesn’t this sound awesome?
Mars One is an organization that has predicted the human settlement on the red planet in a couple of decades. After years of research and work, they found out that Mars is the only planet which can support life and that humans would be the first to be called the multiplanetary species.
This Organization was formed in the year 2011 and the foundation of the mission was laid by Bas Lansdorp and Arno Wielder. The first step they took was to conduct meetings with the aerospace component suppliers in US, Italy, Canada and UK.
In 2013, a worldwide astronaut selection was held at press conferences in New York and Shanghai. After few vigorous rounds of selection, six teams with four individuals were chosen for training. This Astronaut Selection Program (ASP) is being conducted regularly to increase the training pool consistently.

The first team which has been selected is expected to start the training this year and will get trained till the year of launch, 2031. This training will be taking place on a mars like environment which has been created on the earth. At the end of the training session, the group will be capable of repairing the components of the habitat and rover, to perform medical procedures and to grow food in the habitat.

A demonstration mission will be launched in the year 2022 to provide proof of concept of some technologies required for the Mars One human mission. A Communication satellite (comsat) is expected to be launched in 2024 where it will be placed into stationary mars orbit. This satellite will enable communications between the earth and mars sending the requisite data on a 24/7 basis expcet when the sun is between the two planets. Then in another two years that is 2026, a rover and a trailer will be launched to Mars. This rover and trailer will drive around the region to the best of the locations for the settlement and cargo missions.

The major part of the mission is the cargo one, in 2029 there will be six cargo missions that will be launched to mars, one containing the second rover, two living units, two life support units and a supply unit. Using the rover signal these units will land up 10km away from the outpost on mars. In 2030, the rover will pick up all the cargo units with the help of the trailer starting with life support unit. Before the arrival of the settlers, the rover will completely prepare the outpost. 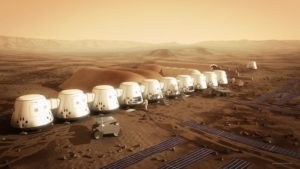 A green light from the mars systems will prepare the Mars Transmit Vehicle (MTV) to take off and the journey of the humans will start then. The crew will eventually travel, first to the earth orbit and in 30 days, to the mars orbit. This is a point where the crew will never return. As soon as the first set of settlers is launched, the cargo for the second crew will be launched. In 2032, the first crew will be landing on mars and this will be a giant leap for the mankind.

In the subsequent years the sets of crew will be sent without any expectations for them to return and if all this goes according the roadmap of the organization then yes, this achievement will change the routine on this blue planet.

I’d say the kind of research done by the organization and the advanced new space technology is very exciting for common people like us and the courage of those young astronauts from various parts of the globe who are ready to go there sacrificing everything and spend the rest of their life in research is incredible.

Amidst all the chaos in the world, with each passing day, there is a new conspiracy theory waiting to be heard. The internet is flooding with theories about the birth of the virus. These theories have a way of engrossing... END_OF_DOCUMENT_TOKEN_TO_BE_REPLACED

While it’s true that the circumstances surrounding this quarantine can be scary at times, I am grateful for all the time I have had to do some much-needed soul searching. The lockdown started with me constantly wanting to go out... END_OF_DOCUMENT_TOKEN_TO_BE_REPLACED

March 13, 2020  “Breaking news! A family of three was found dead near the bridge last night. Currently, the police have refused to disclose any details. They seem to have found some clues which have not been shared with the... END_OF_DOCUMENT_TOKEN_TO_BE_REPLACED

When the year began with rampant bush fires in Australia, an almost-triggered-the-world-war-3 magnitude conflict between the USA and Iran, and the tragic deaths of Kobe and Gigi Bryant, people thought, just maybe, we've had our share of trials and tribulations... END_OF_DOCUMENT_TOKEN_TO_BE_REPLACED

We’ve heard quotes all our lives, some useful, some motivational, and some life-altering. If we define them in a mathematical sense, they are like axioms. There is no proof of them being true what so ever. Only experiencing them on... END_OF_DOCUMENT_TOKEN_TO_BE_REPLACED