London Bridge is falling down. 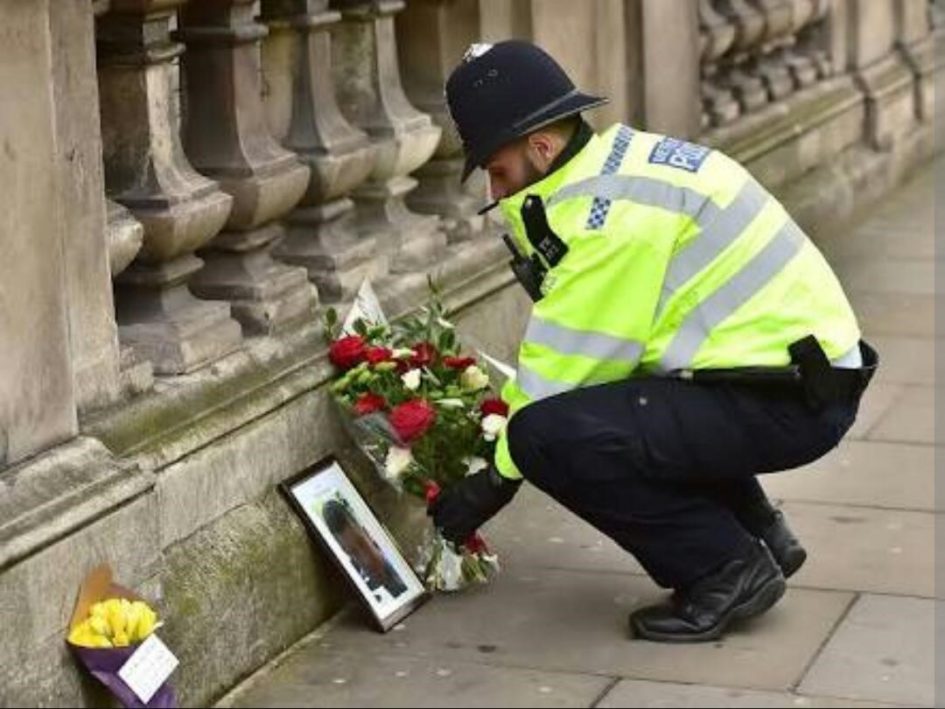 “It is like watching a nation busily engaged in heaping up its own funeral pyre.”, said British conservative, Enoch Powell.

On 19th June 2017, several people outside a mosque at Finsbury park in London were victimised to an inhumane act of terrorism. Darren Osborne, the forty seven year old man behind the attack was arrested after he ran into a bunch of pedestrians or more specifically, a bunch of only Muslims. “I will kill all Muslims.”, he kept saying as he rammed into them in his white van, thereby taking a life and leaving the rest injured. Clearly, the attack was an act of vengeance. Apparently, Osborne was forcefully sent out of a bar the previous night when was so drunk and stated that he would definitely do some damage to the Muslim creed. We could say he had a lot of hatred in him for them but his neighbours believed otherwise. A couple of Islam practicing neighbours of Osborne said that he was indeed humble and showed no signs of intolerance against them. In fact, he maintained a friendly relationship with all of them. Sadly, he was the same guy who carried out the insane attack.

As per recorded incidents, the hate crimes in Britain have increased fivefold since the recent London bridge attack (and it’s just been three weeks since the incident). There has been a rise of 500% in the crimes. As disheartening as the previous massacres at Manchester and the bridge were, the one of revenge only makes it worse. Targeting an entire community for no rational reason would be nothing but mere foolishness. All the attacks that have been triggered have not only been pointless, but have unrightfully taken away a few hundreds of innocent lives.

It goes without saying that any attack against civilians leaves a grave impact in terms of lives lost and the physical injuries they suffer. However, these acts of prejudice go on to scar minds of everyone else belonging to that particular community. The world’s impression of them shatters their confidence and deprives them of a right to live without being judged. They would possess a guilt for no reason or no fault of theirs and that is an unreasonable punishment.

The fact that Osborne was responsible for the attack in spite of apparently having no dislike towards the community is strange. Douglas Horton rightly said, “While seeking revenge, dig two graves-one for yourself.” Would the retaliation cease any further threats from the other end? Would it frighten terrorists and have them withdraw strategies that they have lined up for the future? We can never be confident about any of those. The chaos in London with the whole eye for an eye idea is only blinding people. It has reached such a state that some Britain bloggers and authorities have said that sooner or later, the country could find itself in a civil war.

“Man must evolve for all human conflict a method which rejects revenge, aggression and retaliation. The foundation of such a method is love”, Martin Luther King Jr. The quote though goes a long way back in time, I think it still means gold till date. The world needs thinkers who look beyond imprudent qualities like reprisal and resentment. These thinkers need not necessarily be any noble authorities or so but a part of them should be in the minds of all citizens today.

“Where you gonna run?” the voice was harsh. I let out a painful cry as he grabbed my wrists and pinned them together in a tight grip. I could feel my heart throbbing inside my chest as my breathing became... END_OF_DOCUMENT_TOKEN_TO_BE_REPLACED

Life took a horrifying turn for Sushma after that fateful day. The day that changed her life. There she sat under the windowpane, dressed in rags, her hands bruised. Her eyes were swollen and tears ran down her cheeks. How... END_OF_DOCUMENT_TOKEN_TO_BE_REPLACED

There were times with very limited interaction among people.  The power of being able to share your opinions with a wide audience, to make your voice heard was not something everyone could achieve. Thanks to the boon of social media,... END_OF_DOCUMENT_TOKEN_TO_BE_REPLACED

Evolution of the Entertainment industry in this decade: Studies suggest that until the late 90s, 15% Americans had been on the Television with a negligible percent of cord-cutters, with an average television usage of 7 hours and 50 minutes, 83%... END_OF_DOCUMENT_TOKEN_TO_BE_REPLACED

Climate change is happening now, faster than predicted by scientists. They gave us a deadline of 12 years to keep up the global temperature below 1.5 degrees Celsius or a great catastrophe could strike the earth. Our future generations might... END_OF_DOCUMENT_TOKEN_TO_BE_REPLACED