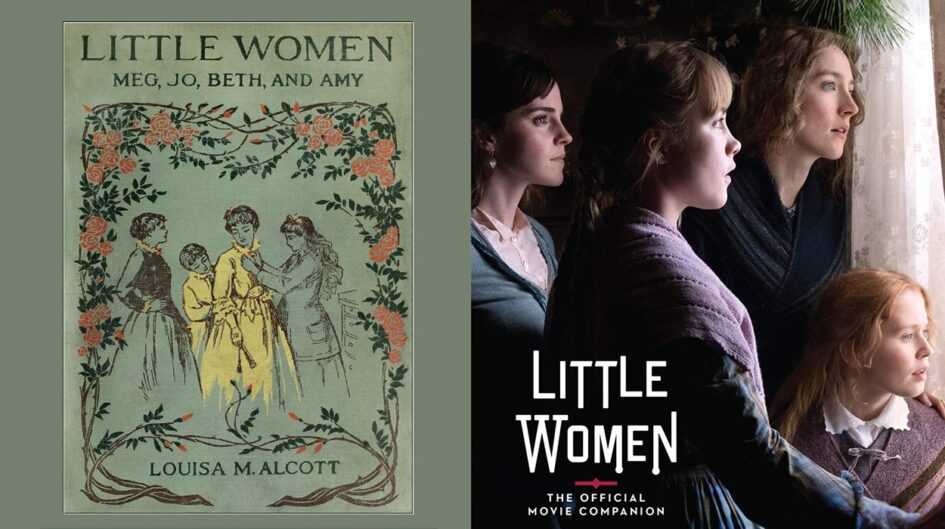 “Christmas won’t be Christmas without any presents”, and while I’m a bit late to the party (package falling off the sleigh and all), I am delighted to declare that Little Women will serve as the perfect latish present. It is the ideal pass-time watch, not only for the holiday season but for any time of the year to anyone who hasn’t read the book or seen the movie. Greta Gerwig’s Little Women, though not a strict facsimile of the 1868-69 bestseller novel by Louisa May Alcott, doesn’t fail to impress the viewers with its subtly induced modernity while also staying true to its 19th-century origins.

Gerwig makes the story her own in many ways. While the viewer may feel overjoyed by the film’s opulence of talented actors and its colorful exuberance, at no time does the movie disenchant the book’s passionate worshippers.

The original Little Women is a plain sailing story that tracks the life of the four March sisters – Meg, Jo, Beth, and Amy as they grow into young adults while trying to come to grips with being poor women in Civil War era America.

Prior to the movie’s release, I wondered whether another version of the all-time classic was even necessary when Loius Armstrong’s film succeeded so well. It seems as if Gerwig thought about it too and asked herself the same question. Therefore, while Gerwig delivers the story gingerly, she also boldly plays with the original by making umpteen rejigs to the structure. One of them is the inclusion of a meta-narrative. It is this inclusion that makes the movie one of my favorites and sits on my list of go-to movies. While some may feel the movie messes with the classic, believe me, you’re in for a pleasant surprise.

Gerwig takes creative liberty and dexterously wainscots Alcott’s story over Jo’s, and highlights to the viewer the striking similarity between them both. In a carefully well laid-out montage, Gerwig shows Jo’s struggle at becoming a serious writer by taking the viewer into her attic to witness neatly laid out columns of ordered papers. These would be the first three chapters of Little Women, thereby creating a meta-narrative, which is totally non-existent in the novel.

Gerwig also slips into the movie a few bold statements on feminism that you would find missing from the original Little Women. It could be argued though, that it was how the characters must’ve actually felt considering the impediments of the time. Also, the Marchs’ faith in Christianity is not as pronounced in the movie as it is in Alcott’s novel. By not overtly hinting at their Christianity, Gerwig allows the viewers to channel their attention to the Marchs’ actions and highlights the general ideals of charity and compassion, and being empathetic towards the impoverished.

The movie makes another major change to the structure, by altering the order of events. Instead of a linear narrative, Gerwig draws focus on the young adulthood of the March sisters, with the childhood scenes coming in the form of flashbacks from Jo’s memory. While the book opens with a line from Meg, in her teens, during Christmas and wartime, the movie opens with a twenty-five-year-old Jo, in a publisher’s office in New York City. The movie goes back and forth with the timeline of the characters and takes us on a journey resulting in a complete dramatic arc.

Gerwig doesn’t refrain from altering a few plot points to sit well with the entire theme. For example, the eldest sister Meg’s difficulty in marriage is given a completely different explanation. Meg realizes that falling in love with a poor teacher will mean letting go of her exorbitant tastes. In the book, their quarrels come with changes in their lives after having children. However, Gerwig, in the movie, centers the disbalance in the relationship around the couple’s financial hardships thereby making an economic point.

In addition to this, Gerwig drops a bomb by modifying Jo’s final romance. While in the book we get to see an older and unappealing man as Jo’s love interest, the film casts Louis Garrell to play Prof.Bhaer who is anything but unattractive, in order to cater to the tastes of the modern viewer. More changes can be seen in the proposal scene which, in my opinion, comes in as an undercurrent and an unimportant sequence in the novel. The movie, on the other hand, carries a romance-packed punch while still highlighting the familial and financial facets.

Ultimately, I believe Gerwig knew what she was doing. While I am a purist and think no two-hour-long movie could fit in the story of the spread-out, enduring classic, I still feel Gerwig’s Little Women comes remarkably close to the essence of the original while still having a beat of its own.

– This article is inspired by the book ‘Little Women’, a literature classic by Louisa May Alcott

[Trigger Warning] The following article contains acts of cruelty and violence. Reader discretion is advised. I opened my laptop, exhausted from all the classes at college, (not) ready to log in to another class when I stumbled upon “Monster: The... END_OF_DOCUMENT_TOKEN_TO_BE_REPLACED

For the fourth time this week, I woke up at my desk. It wasn’t very comfortable: most of the space was taken up by an assortment of empty Red Bull cans and coffee cups. Clutter never bothered me though, it’s... END_OF_DOCUMENT_TOKEN_TO_BE_REPLACED

Aren't all of us artists trying to express ourselves in this world? In my opinion, art is a form of expressing an emotion. Learning how to express our subconscious emotions and communicate with them will take time but what is... END_OF_DOCUMENT_TOKEN_TO_BE_REPLACED

From a very young age, we are socialized to behave according to our sex. Boys are taught to be “masculine” and girls are taught to be “feminine”. But are there any biological differences between a man and a woman which... END_OF_DOCUMENT_TOKEN_TO_BE_REPLACED

Hope was an absurd emotion.   It was a chilly midnight when it happened for the first time. Monique was a light sleeper. After all, it didn’t take much more than a dull, heavy thud for him to jolt awake... END_OF_DOCUMENT_TOKEN_TO_BE_REPLACED