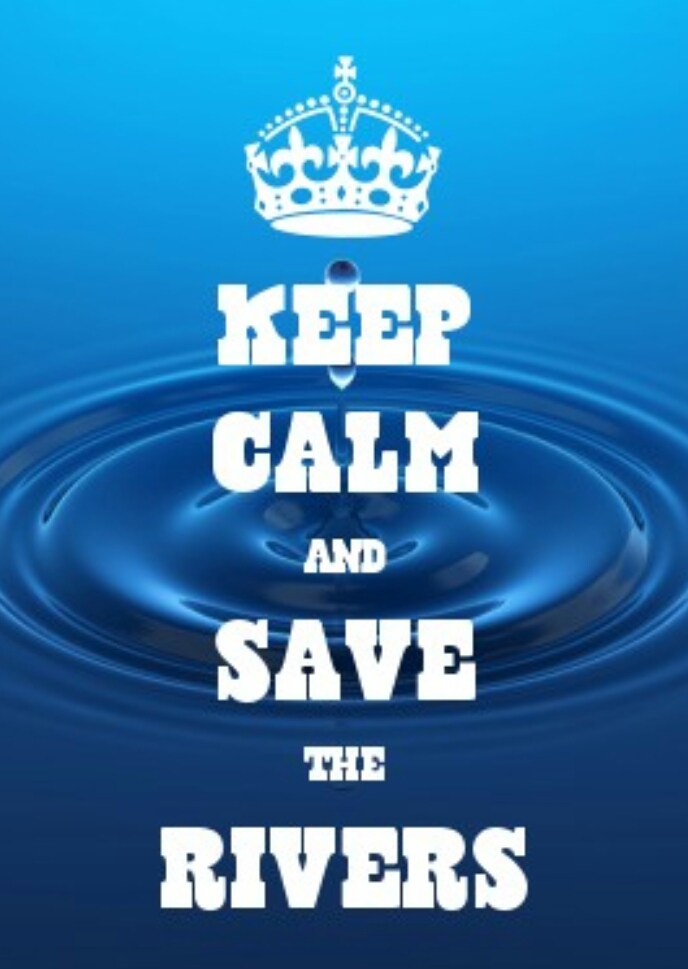 These days the talks of a rally for the rivers has been prevalent in our country, this rally is being conducted for saving the rivers of our country. It was initiated in Tamil Nadu by Isha Yoga Centre, whose founder is Mr. Jaggi Vasudev. He is seeking a slow but a marking support by Indians across the world. These people are expected to lend their support with votes which, he planned to get through simple ways like the number of missed calls, followers on social media, etc. This rally is covering sixteen states in the country and will finally be flagged off on the 3rd of September and will go on until the 2nd of October. These votes and support on 2nd October will help in making an appeal to the Government of India to take a major step for saving the rivers.

India in another few years shall become technologically very advanced and get completely developed. But did we notice that this pressure from development and population increase is causing harm? Our perennial rivers are getting seasonal; few of the seasonal ones have even vanished. Floods and droughts are more frequent than the average precipitation across the country. The fact is that 25% of India has turned into a desert, this is being observed and yet hardly being bothered about. May be in another decade or so, we will have a huge population but surely not even half the amount of water which can satisfy its needs.

The river Ganges has a spiritual significance in the Hindu culture and each drop of this river is considered very sacred, but I don’t think that it will be left with even a drop to bless the Hindus in the coming years. In between the years 1984-2016, the river Cauvery has lost 40% of its flow and beating this, the rivers Krishna and Narmada lost 60% of their flow.

In spite of all these major changes, we all sat back knowing that the effects can be disastrous like, not getting food as the irrigational sector which consumes 80% of the water and the trend of floods during the monsoons and drought all over the year is ready to set. Probably, this campaign for the maintenance of rivers is just a way to shake one’s mind and make them realize that we don’t have much time. The ways to conserve water were taught in each classroom but was not taken care of at every doorstep, we know them but we never do them. Small things count big, one sapling gives you more than what a single person needs. Every negligent act of ours can cost lives. Each saved raindrop counts. Few ways which  every single person can adopt are:

“Propaganda” in present-day English, refers to information or media (especially of biased or misleading nature) that is used to manipulate the audience to further an agenda. If you hear the word propaganda, it immediately alerts you to look out for... END_OF_DOCUMENT_TOKEN_TO_BE_REPLACED

As the night grew darker, enveloping an empty street with mystery and fear, it embraced two college students, Matteo and Ace. Drunk and floundering into the dark alley, they hadn't realised how far they had wandered until they came across... END_OF_DOCUMENT_TOKEN_TO_BE_REPLACED

It feels like just a week ago when the internet was bombarded with memes of Will Smith slapping Chris Rock at the 2022 Oscars. Ah, what a moment. The Cannes Film Festival too ended just recently, leaving us waiting for... END_OF_DOCUMENT_TOKEN_TO_BE_REPLACED

The lockdown, for most of you, was the most boring time of my life. Six months of staying at home didn't do me any good apart from the fact that it brought me and my dad closer by giving us... END_OF_DOCUMENT_TOKEN_TO_BE_REPLACED