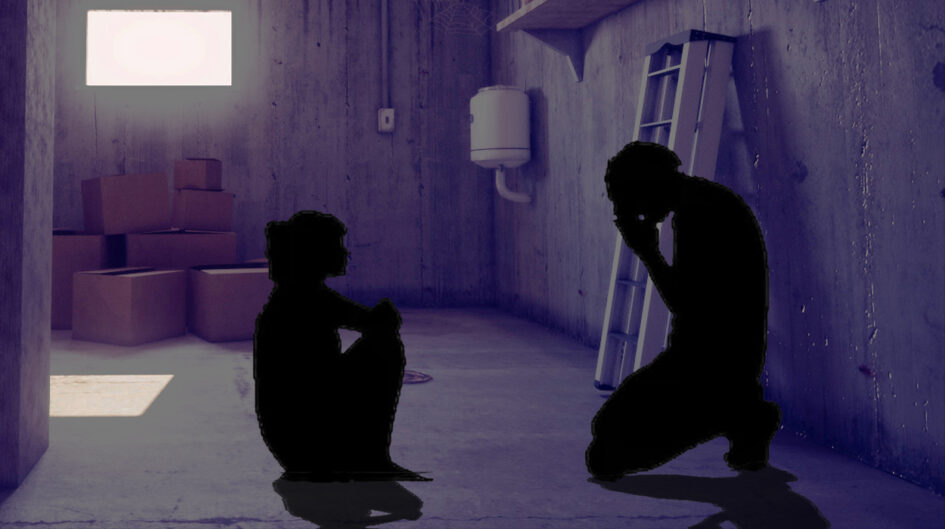 [Trigger Warning] The following reading contains potentially distressing information about murders, violence, and brutality in relation to Nazist practices. The reader is advised to use their discretion to continue reading.

It was 1933 when Hitler rose to power and wanted to eliminate all of Germany’s Jewish population. Just a few months into his ascendency, the megalomania of Hilter took over, and he used his freshly attained power to organize the Kristallnacht (Crystal Night). Here, thousands of Jewish businesses were vandalized, their owners, beaten or euthanized in the concentration camps. Since then, the bulk of the German population showed unflinching support to the ideology of the Nazi party and the holocaust.

A day in my life in World War II:

It was almost night when he showed up at our door. Isaac Becker was dressed as a utopian Aryan. We first saw the 25-year-old shivering in a black jacket with sweat dripping from his forehead to the ears. In my 16-year-old life, I never saw Papa so scared and baffled. He was standing next to this man who was holding a scrappy ‘Mein Kamph’.

When a disastrous economic crisis hit Germany after World War I, Germans moved to political extremes and this book by Adolf Hitler became the bible of Nazis.

With the clouds pouring so hard, the man and my papa came into the room with muddy shoes when my mother signalled me to go into my room. I hesitatingly went into my room but I watched them through the end of the hinge.

‘Who is he?’, my mama whispered in a bewildered tone.

‘He is the son of the owner of the Je…Jewish shop across town. I ran into him in the evening.’ my papa said in a low voice which started to quiver as my mom’s expressions changed.

When a jew ends up at your home dressed as an Aryan, in the very birthplace of anti-semitism, you’re very likely to experience all kinds of paranoia, discomfort, anxiety, and loss of speech. According to Hitler, Germans needed to care for the purity of their blood and the only way to achieve that is by the elimination of jews. And to be specific, an elimination which “must necessarily be a bloody process” (said by Adolf Hitler in Mein Kamph). Withholding the whereabouts of a jew or helping him hide would be considered as a criminal offence and all of them would be sent to concentration camps.

As my mama called me for dinner, I came out and my eyes were looking for that stranger who came to our house an hour ago. When Mama inferred that I was looking for him,

‘He is in the basement’, she said. I was startled with the sudden wreck of silence.

It was a sombre atmosphere when I went to the basement to talk to the new gentleman we had at our home. I looked at him for the first time to see that he was pale and famished. Slowly, I went close to him and gave him the soup Mama asked me to, and sat down on the old ragged couch in front of the bed he was sitting on. I spoke in a subtle and low voice.

He looked at me for the first time to see my eyes become large with curiosity.

‘I am Isaac’, he replied with a lot of contemplation in his eyes.

I smiled at him and when he saw my smile, he started sobbing.

‘I am sorry’, he whispered with a hiccup. ‘I don’t remember the last time I saw anyone smiling at me.’

‘Please tell me what happened. I wouldn’t possibly understand your gloom but I will try to share your pain.’

My papa always taught me to be on the right side of any situation. This was a state of totalitarian dystopia and no one could ever do anything to make this go. The only thing we could do is to help each other, mentally and physically.

He then narrated his story.

Isaac was a survivor of the Dachau camp. He was forced to leave his family to stay alive. He was a German soldier whose responsibility was seized. His family was surely taken to the concentration camp and hiding out was the only option that he had.

I didn’t know what kind of people Mama and Papa were until then. But after that day, I just wished to be half the incredible people they were.

Isaac stayed with us at our home. He became our family. He wanted to go back to the camp to keep us safe but we never let him leave.

Whenever he saw a sphere of nazi flags and shiny brown suits marching in the streets, yelling ‘Heil Hitler’, there was only one image in his mind – his family getting butchered. There was no looking back, there was no reasoning with it, he just had to live with the fact that his family is no more. Every time the member of the paramilitary unit of the Nazi Party swung by, with large firearms and a sense of salute to the Fuhrer on their faces, he couldn’t help but pretend to do the same. He hated it. Isaac never died physically, his soul was just plucked away with the departure of his family.

He was always loaded with a ton of conflicting emotions. He was immensely guilty and unbearably angry. But he put all his energies and emotions into creating art. It brought him colossal calm and peace. He was isolated in our basement for years. But after World War II, when we could finally be free, he chose to be with us forever.

The World Wars have a historic pile of stories where families broke down. This is a story where we built a family. Everything happens for a reason. And he came into our lives for a reason, he brought us glitter. He taught us how to live and survive. We realized that life is anything but sunlit perfection. We just have to piece everything together and live with it.

-A survivor of WWII.

This article was inspired by the book ” The Book Thief” by Markus Zusak.

As the night grew darker, enveloping an empty street with mystery and fear, it embraced two college students, Matteo and Ace. Drunk and floundering into the dark alley, they hadn't realised how far they had wandered until they came across... END_OF_DOCUMENT_TOKEN_TO_BE_REPLACED

“Propaganda” in present-day English, refers to information or media (especially of biased or misleading nature) that is used to manipulate the audience to further an agenda. If you hear the word propaganda, it immediately alerts you to look out for... END_OF_DOCUMENT_TOKEN_TO_BE_REPLACED

Ayrton Senna. A man whose legacy lives on to this day. Most modern-day drivers look up to him. He has won 41 Grand Prix in 162 races, has been on the podium 80 times, and has won the world drivers championship... END_OF_DOCUMENT_TOKEN_TO_BE_REPLACED

Two things have always fascinated me as a child- words and crosswords. Which word should I say? How do I say it? Can it, in its barely ten letters, hardly three syllables, carry the whole meaning of what I want... END_OF_DOCUMENT_TOKEN_TO_BE_REPLACED