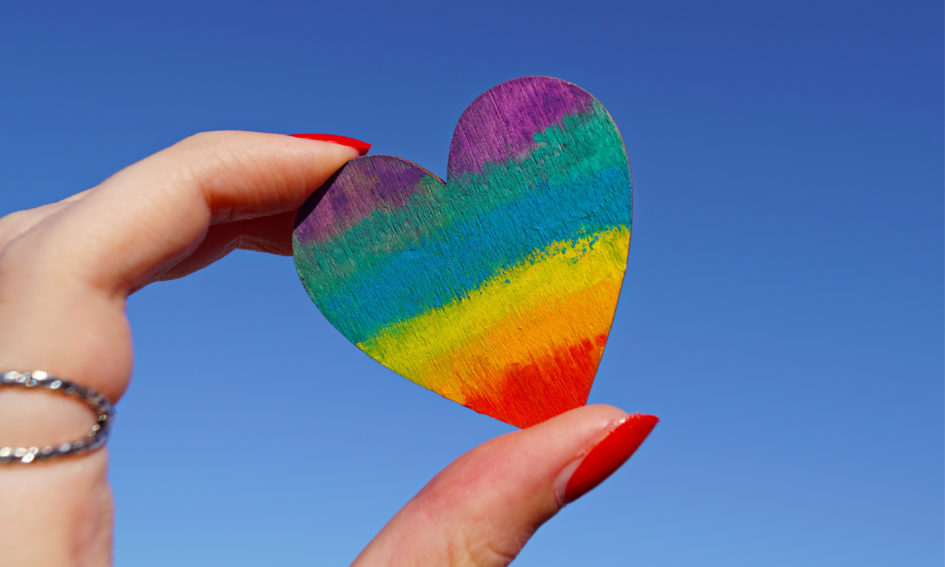 The beginning of a new decade and a fresh start. While most of us were enjoying the age of innocence, we were most certainly unaware of the uprising revolutions and changes surrounding our nation and all around the world. The decade started off with the Kyrgyz Revolution of 2010 followed by the Kashmir Unrest in India and the Arab spring revolution in most Islamic countries. Civil wars in various countries like Syria and Libya were taking place which led to numerous protests and acts of rebellion against the government. Apart from all this, a new fire had kindled amongst citizens all around the world, which was the right to love.

The LGBT community involves the history of people who are identified as Lesbians, Gays, Bisexuals, Transgender, and their cultures all around the world. It initially began from the idea of Homosexuality, an idea of union between two people of the same sex/gender. Needless to say, it grew, and the thought of free will inspired many others. People were starting to own their identities which increased the sense of validation among them. The youth had a great impact on the formation and the uprising of the community.

Unfortunately, the community has seen more downs than it has seen ups. Protests and hate crimes towards those belonging to this community and their allies had been held throughout the years. According to research done by the Human Rights Campaign, their polls suggest, “More than half of LGBT people are concerned about being the victim of a hate crime.” Statistics show that this half has 20% of gay men and 27% of lesbians are prone to death threats and are extremely concerned. Surprisingly enough, the LGBT community has reported more sexual abuse than straight or heterosexual individuals.

On June 12th, 2016, a popular gay dance club, Pulse in Orlando had been the site of a mass shooting by a homophobic clan. This hate crime had been called the worst mass shooting in U.S. history as it caused the death of 50 innocent lives with many others injured. This had caused a serious debate and protests as it occurred during the month of June- also known as the “Pride Month” in many countries including the U.S. This is just one of the many hate crimes faced by the LGBT community and their allies. 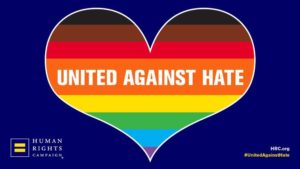 Article 377 of the Indian Constitution has been a cause for protests and repercussions in recent times. Section 377 is a section of the Indian Penal Code introduced in 1861 during the British rule which stated that sexual activities between people of the same sex or gender are seen as “against the order of nature” illegal. The Indian community has always been a bit more uptight with comparatively low tolerance towards change. Although, after years of struggles and objections raised in support of the LGBT community, Section 377 was ruled out on September 6th, 2018.

As the years went by, the community began to voice out their strong opinions and ideas like “free will” and “Love is Love”. The LGBT community has now beautifully transformed into the LGBTQ+ community (LGBTQQIAAP- Lesbians, Gays, Bisexuals, Transgender, Queer, and Questioning, Intersex, Asexual and ally and Pansexuals.). People from all across the world found immense support and love from others of their own community and allies (cisgender and heterosexuals who are in support of the LGBTQ+ community).

Those who were once mistreated based on their sexual orientations and race are now proudly representing their cultures and expressing themselves through different forms of art and traditions i.e., the drag culture. In many ways, it can be said that this is a great time to be a part of the LGBTQ+ community. Marriages and union between two people of the same sex are now celebrated and being transgender or queer is no longer seen as a disorder. But there is a long way to go. 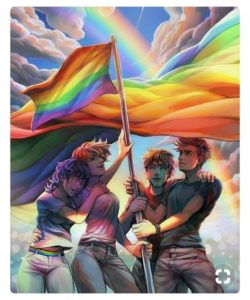 Though most of us feel bad and sympathetic towards these hate crimes and acts of homophobia, we often tend to blame the ones involved or the members of the community. Victim shaming is a huge issue in our country and it always seems to favor those who commit these awful crimes. Not only are they being assaulted by homophobic people around them, but also the people they are related to. Many of the young adults, after coming out as a part of the community have been disowned by their families and friends. While many of their identities are treated as some sort of a disorder, a mental illness that one has to get rid of. The word ‘gay’ is thrown around as something toxic in many communities and the term LGBTQ+ is just a mere acronym for the rest.

The complexities of the entire topic surrounding this community are extreme and cannot be expressed as either black or white. It is essential to realize that the idea of being different is not the same as being broken. Young minds should not be conditioned towards the shame and fear of rejection and must learn to accept themselves in their truest form. The only thing that a person is born with is their individuality and a sense of curiosity. To condition them into thinking that they should be following a certain religion or sexual orientation in order to seem “normal” is an undermined act of homophobia itself.

Now, it would be naive to expect a sudden change overnight in the society and its norms, However, with the beginning of a new decade, changes are to be expected. It all begins when we learn to embrace each other with open arms and welcome all communities without any hate or loathe. Conflict is inevitable but change begins along with the journey of education and awareness. There’s a lot left to fight for.

“Where you gonna run?” the voice was harsh. I let out a painful cry as he grabbed my wrists and pinned them together in a tight grip. I could feel my heart throbbing inside my chest as my breathing became... END_OF_DOCUMENT_TOKEN_TO_BE_REPLACED

As the year 2011 rolled in the world population hit 7 billion. Leonardo DiCaprio finally won a well deserved Oscar and for the first time in history, a man married a software. Here is a list of 19 events that... END_OF_DOCUMENT_TOKEN_TO_BE_REPLACED

A strong message-oriented story closely related to intense real-life incidents is something we’ve come to expect from Meghna Gulzar’s movies from recent years. And here she’s with yet another bold attempt ‘Chhapaak’. The Deepika Padukone – starrer released on the... END_OF_DOCUMENT_TOKEN_TO_BE_REPLACED

There were times with very limited interaction among people.  The power of being able to share your opinions with a wide audience, to make your voice heard was not something everyone could achieve. Thanks to the boon of social media,... END_OF_DOCUMENT_TOKEN_TO_BE_REPLACED

*Research and studies have shown us that time fly faster when we are learning something new. .As we take a step back and think, we notice that as we grow older the time around us starts moving faster than ever.... END_OF_DOCUMENT_TOKEN_TO_BE_REPLACED