The play, Fences, is regarded by many as a full-blown American classic. Hence it was only a matter of time before August Wilson’s iconic play made it to the big screen. Originally produced on Broadway in 1987 with a cast that included James Earl Jones, Mary Alice, and Courtney B. Vance, the play eventually won a series of Tony Awards, as well as a Pulitzer Prize for Wilson. In 2010, Fences won even more Tony Awards for a new Broadway revival of the show, which starred Denzel Washington and Viola Davis, and after nearly three decades, the show has finally been turned into a motion picture Fences sees the Hollywood superstar reprising his role as Troy Maxson, as well as directing the adaptation. 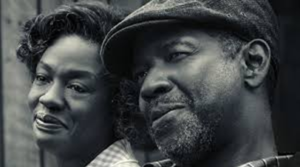 Set in Wilson’s beloved Pittsburgh in the late 1950s,Fences tells the story of the Maxsons, an African-American family. It tells the story of Troy Maxson (Denzel Washington), a middle aged sanitation worker, once a promising young black baseball player, whose life has become somewhat stagnant, something for which he holds a lot of internal resentment and something that manifests in the stern treatment of his family. Wife Rose (Viola Davis) and son Cory (Jovan Adepo) both feel the effects of Troy’s personality in different ways, with Cory’s seemingly hopeful future in American football bringing up memories of his own failed sporting past and causing much tension within the family. Troy is the patriarch of the family, a loud, brash, dominant personality who oddly lives his life in an understated, quiet manner. He works for a garbage company with his best friend, Bono (Stephen Henderson), counts the days until the weekend, has a drink on Friday nights, and loves his wife, Rose. But at the heart of this workmanlike grit, there’s a seething discontent that eats away at Troy. He was a great baseball player, but because of the ugly racism of America, he was never given a chance in the major leagues. And despite the good things in his life, he’s been stuck in the same place doing the same thing for almost two decades. In addition, his son, Cory, has a prickly, contentious relationship with him, and there seems to be a growing divide in the family. As additional drama pops up, Troy’s life is thrown into total and complete chaos, while Rose, Cory, and the rest of the family attempt to pick up the pieces. 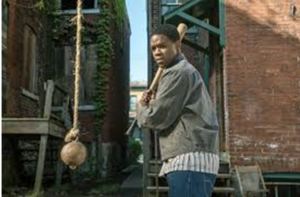 Though the film fails, for me, at least, to make the most of its cinematic opportunities, what is absolutely undeniable is the fact that is it filled with some powerhouse acting performances. This is one of those movies that are driven almost entirely by its spectacular cast, so it feels appropriate to start by talking about the wonderful performances in Fences.

It’s a monumental role and a tough task for any actor, but if anyone can pull it off, it’s Denzel Washington. With Troy, Washington finds a character who uses his larger-than-life personality to control the world around him and mask the inner discontent of his life. As things get out of hand quickly, you can see Troy trying to hold it all together. There’s an odd mix of vulnerability, bravado, and insanity that comes with this part, and Washington does an incredible job of creating a complex, flawed character that audiences can empathize with and understand.

The rest of the acting in “Fences” is aces, particularly Davis. Viola Davis is pretty muted during the first half, allowing Denzel to dominate the spotlight and control the progression of the narrative. But after one rather stunning plot development, Fences becomes Davis’ film and she’s a screen force to be reckoned with. The emergence of Rose as a strong, independent voice in the story is such an important moment, and Davis pulls it off with remarkable ease.

Rose’s personality is vastly more timid than her husband’s and at first she comes off one dimensionally passive—the loyal and submissive wife/mother. Though as the film goes on, the character gradually becomes more explosive and emphatic. While still understated in comparison to Troy, Rose blossoms into an assertive three-dimensional character, with her own set of problems and unwilling to take Troy’s verbal abuse (and later infidelities) lying down. She’s one of the few characters that calls him out on his selfishness and thoroughly dresses him down at crucial moments. Rose holds her own, firmly and consistently reminding Troy that she’s there too. Yet she never fully sheds her compassion and loyalty towards Troy, recognizing that vulnerability in him and finding the good.

Fences belongs to Washington and Davis, but the supporting actors have a chance to shine at every turn as well. Jovan Adepo has the largest part as Cory, who comes to blows with his father at many points during the story. Adepo is good at keeping his rage subdued, and every scene between him and Washington feels like it could boil over into a fist fight at any moment. Stephen Henderson is also excellent as Mr. Bono, the longtime friend of Troy and his co-worker in the sanitation business. Henderson is a warm, likable presence on the screen, and he has a scene late in the movie with Washington that is simply heartbreaking. Mykelti Williamson is great as Gabriel, Troy’s brother who was permanently disabled in the war. Gabriel is a tragic character, but also an endearing one, and Williamson is able to successfully create that balance. Finally, Russell Hornsby is terrific as Lyons, although he’s the only character who feels mildly slighted by the script. Nonetheless, his rhetorical back-and-forth with Washington is often hilarious. Audiences will be attracted to Fences because of the stunning cast, and they will not be disappointed by this truly impressive ensemble.

Washington’s direction in this film isn’t too flashy, preferring to execute each scene in a straight, workmanlike fashion. But while his film doesn’t have the cinematic virtuosity of something like Chazelle’s La La Land or Jenkins’ Moonlight, Washington still finds creative, compelling ways to bring the themes of Wilson’s work to life on the big screen.

The film was chosen by the American Film Institute as one of the top ten films of 2016,and has been nominated for numerous awards, including four Oscar nominations at the 89th Academy Awards: Best Picture, Best Actor (Washington), Best Supporting Actress (Davis), and Best Adapted Screenplay, with Davis winning for her performance. It also received a Golden Globe nomination for Best Actor for Washington and a Best Supporting Actress win for Davis. 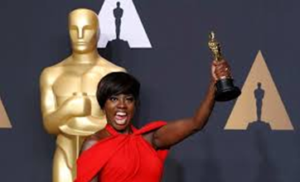 IS THE MOVIE WORTH WATCHING?

Fences is an intense movie with an astonishingly good screenplay that will keep you gripped for 138 minutes. It tackles some interesting ideas, features a few standout moments, and introduces some dynamic characters. For what it’s setting out to do, Fences hits the mark and stands as an accomplished, exceptionally crafted film.

It is a powerful movie, and one all serious movies goers should get out and see. No CGI, no car chases or murders, just real acting chops on the big screen.

Fences is a spellbinding, endlessly captivating rendition of a great American saga. It stands out as a riveting Christmas treat in a season that has been defined by some truly lackluster movies.

To most, the color purple is just like another color and holds no special significance, other than to be one's favorite color. It is a simple color resulting in a beautiful blend of red and blue colors. But in reality,... END_OF_DOCUMENT_TOKEN_TO_BE_REPLACED

I've grown up reading great things about Kashmir's beauty. In one of my textbooks, it’s also called "The Heaven on Earth" or in the local dialect, "Dharti ka swarg Kashmir." From the icy mountain slopes to the lush green plains... END_OF_DOCUMENT_TOKEN_TO_BE_REPLACED

Love is unconditional. It's received and given in many forms, but it's said that the truest of love is when it's without any limitations. A love for caring about others without demanding much for yourself. The love of acceptance and... END_OF_DOCUMENT_TOKEN_TO_BE_REPLACED

[Trigger Warning] The following reading contains potentially distressing information about murders, violence, and brutality in relation to Nazi practices. Reader discretion is advised.   Have you heard of me? Of course, you haven’t. I am neither a Jew who survived... END_OF_DOCUMENT_TOKEN_TO_BE_REPLACED

“Why do the Yankees always win? The other team can't stop looking at the pinstripes.” The famous quote by Frank William Abagnale Jr., one of the popular con-men specialized in impersonation and forgery, can definitely be taken as the basis... END_OF_DOCUMENT_TOKEN_TO_BE_REPLACED