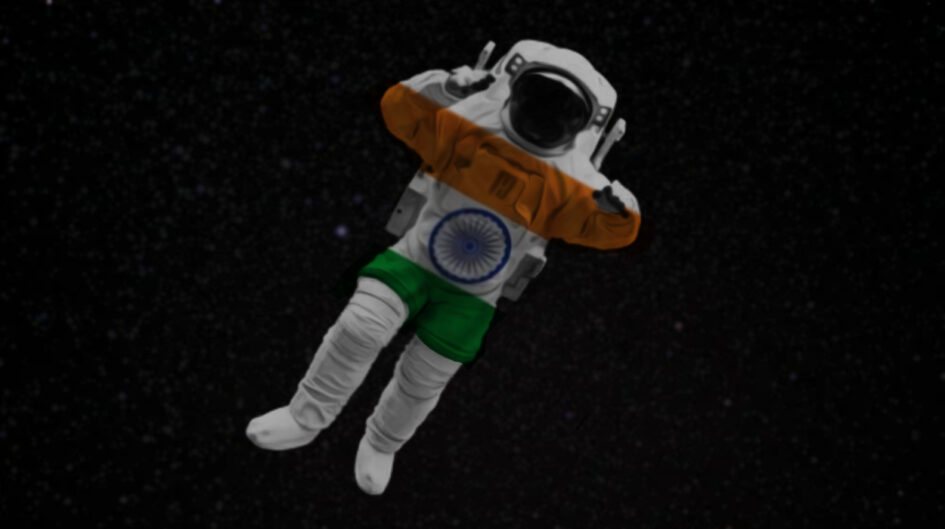 While great space giants like Elon Musk and Richard Branson are sweating blood to launch rockets for greater causes, this rural kid from India has managed to secretly launch himself to space with no authorization. There’s no way you know how he did it!

And you will never know about it too because you just bought some cooked-up information. It’s a clickbait and thankfully, not much damage has been done here. But this might give you insight into this uprising phenomenon called “Infodemic”.

Every day, every inch of our screens is crammed with fresh layers of content ready to enlighten us as we consume it visually or auditorily. But how much do we trust this viral content? Or even a forward from our own family member?

The truth is that we are not able to trust what we perceive from our own eyes and ears. If there’s a headline that says “Putin released 500 lions in Moscow to make residents stay indoors (2020)”, we might not believe it instantly, because we know how news is sensationalized sometimes. But what if a fake narrative touches the socio-political spectrum which then has the potential to rotate people’s orientation in the wrong direction? What if it misleads us through false claims and causes a divide leading to violence? Or misrepresentations of cultures? How about the seriousness of this issue when blind faith in unverified medical remedies and treatments are causing deaths? We have gone from infinite and immediate information access to political polarisation and mob lynching and from freedom of speech and information to misusing it for spreading false information.

It’s a fabricated news story that has no verifiable facts, sources, or quotes. Although the term ‘fake news’ is used everywhere, it is part of the larger ecosystem of misinformation and disinformation which is accidentally inaccurate and deliberately inaccurate information respectively. People can get paid or generate ad revenue be it for writing satirical articles that make a point or entertain or push an ideology, for propaganda, for false accusations and damaging reputations, or be it for no intent but to deceive.

How big are the repercussions of an article, a post, or a meme that we just scroll over?

Propaganda and storytelling have been used since the beginning of historical wars but now, the speed and magnitude of data have amplified its impact. False data has now become a toxic version of freedom and democracy. Teenagers from Vales, Macedonia became rich during the 2016 U.S. Presidential Election by producing fake news like,” Pope Francis endorses Trump” and “FBI agent suspected in Hillary email leaks found dead in apparent murder-suicide”. It gets worse. Political conspiracies like “Pizzagate” falsely stated that a pedophilia ring involving people from the Democratic party operated in a Washington pizza restaurant. This made a man break into the restaurant armed with a rifle. In India, a Whatsapp video on false child kidnappings has resulted in mob killings. The scale of the problem magnified when false videos and images aggravated the Israel-Palestine conflict. More recently, the fake news on how 5G radiation caused Covid-19 had come to a point wherein Britain, 5G masts were attacked and burnt. While in Iran, hundreds were killed over the false belief that methanol cured the virus. 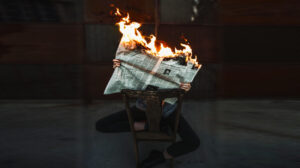 The way we consume media has drastically changed from rumors spreading through word of mouth to the printing press to using the number of clicks for relevance. This speaks volumes about how extensive reach can impact people’s opinions (cognitive bias). But people also expect a lot from the media, they want news stories, educational content, opinions, or entertainment that caters to the interests of a wide range of target audiences but that very purpose to create tailor-made content drives people to make unfounded reports for them. So we are undeniably a huge part of the problem. The type of content that people like to watch the most is a key factor for uploading these hoaxes and when people dial-up its engagement, who knows where and what an algorithm generates and spreads.

According to research, 83.7% of people fall prey to false data statistics in the name of research. Just like you did. It’s a made-up number. But it doesn’t mean that numbers are not being used to mislead us.

I can sit in my room and raise many points and questions, but that won’t make lies less profitable. Then how do we know what to believe in? How to know whether a source is accountable or not?

Learn about the site and the author, search for evidence or an expert’s opinion, backtrack to its source and check if multiple sources are covering it, as in that case, the story is more likely to be legitimate. Sometimes the context is related but not relevant to the topic, so if logic and evidence cease to become relevant, chances are, it’s fake. We can also use tools that detect disinformation through websites powered by human fact-checkers and apps that use AI to detect bots.

It took a pandemic to teach us both personal hygiene and information hygiene. Looks like things are going to stay like this for a while, so as long as these altered truths don’t affect your decision-making, you are immune.

“Hand me the gun and don’t move a muscle”, an injured Shankar Narayan whispers to his son, while they take cover under an old Contessa. The little boy does exactly as his father says, his hands trembling, desperately trying to... END_OF_DOCUMENT_TOKEN_TO_BE_REPLACED

Ayrton Senna. A man whose legacy lives on to this day. Most modern-day drivers look up to him. He has won 41 Grand Prix in 162 races, has been on the podium 80 times, and has won the world drivers championship... END_OF_DOCUMENT_TOKEN_TO_BE_REPLACED

“Propaganda” in present-day English, refers to information or media (especially of biased or misleading nature) that is used to manipulate the audience to further an agenda. If you hear the word propaganda, it immediately alerts you to look out for... END_OF_DOCUMENT_TOKEN_TO_BE_REPLACED

As the night grew darker, enveloping an empty street with mystery and fear, it embraced two college students, Matteo and Ace. Drunk and floundering into the dark alley, they hadn't realised how far they had wandered until they came across... END_OF_DOCUMENT_TOKEN_TO_BE_REPLACED