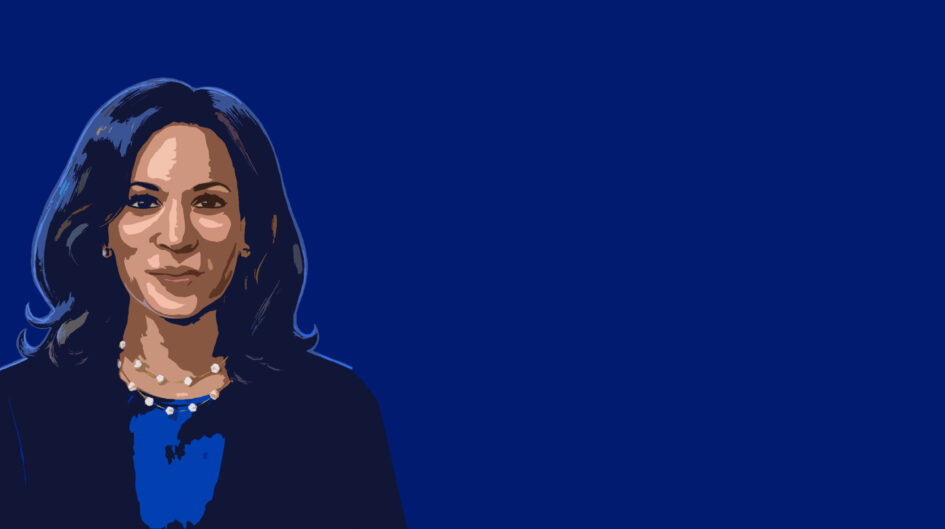 I never really had a definite answer to the question, “Who is your greatest role model?” It was always confusing for me because I had never been so inclined to anyone’s story. But then there was Ms Harris. As I watched her walking up the stairway to swear into history as the first South-Asian American vice-president, that moved me. A whole slew of girls was looking up to her while she was taking the oath. The oath that has been sustained for decades, the one that the world saw such noteworthy personalities take. I could see the glory of every woman in just her eyes. And that is when I found the answer I was looking for, my whole life.

Kamala Harris had made everyone proud. The world was looking up to her expecting her to blossom more beautifully like the flower her name signifies. ‘Kamala’ is translated as ‘Lotus’. It is a flower with voluminous outspread petals with its roots deep inside the water. Ms. Harris also has her very roots that go deep down into her values and her family that made her who she is. She was just another ordinary girl when she moved to ‘The flatlands’ in Berkeley with her mother. She had the life of a normal kid, but she had an extraordinary family. Not only was she brought up in the setting where fighting for justice ran in the family Kamala Harris also used to watch her mother go to civil rights marches and her grandmother counsel women who were being abused by their husbands. She grew up in a family where feminism, political activism, and civic leadership came naturally. 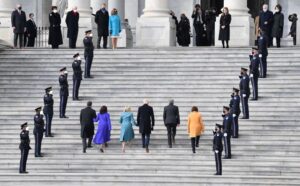 Howard University was the place where she was starting to learn to be the warrior her mother was. She was helping, growing, and getting better. Ms Harris was elected as the class representative for the Liberal Arts Student Council and attended protests in the national mall. She then attended law school at Hastings where she was elected as the President of the Black Law Students Association. After passing the California bar, her journey to the top started as she worked her way from the Deputy District Attorney to the first South Asian-American Senate ever to be sworn into the US constitution. 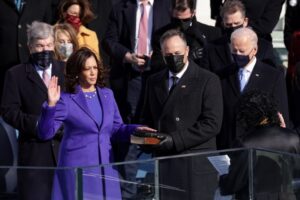 Kamala Harris is that chapter of feminism that every kid in the world has to read about. She is walking in the path that her mother and millions of women laid for her. Nirmala Sitharaman, Pratibha Patil, and countless women have paved their way into history giving each and every girl in this world the confidence to fight for her right. Fight for everything that women stand for: peace and justice. This was the path that was carved by women who fought for every single right a woman has, in today’s age. We can definitely hope that she will do justice for the years of sacrifice. She has taken the oath of office to be the Vice President of the United States of America and she is, as her campaigning slogan said, Kamala Harris: For the People.

From a very young age, we are socialized to behave according to our sex. Boys are taught to be “masculine” and girls are taught to be “feminine”. But are there any biological differences between a man and a woman which... END_OF_DOCUMENT_TOKEN_TO_BE_REPLACED

The human touch. Such a simple thing, yet one that holds immense power. Almost like a miracle. Wonder why? Read on.  We've been gifted with the five senses, namely: vision, speech, smell, hearing, and the most beautiful of all, touch.... END_OF_DOCUMENT_TOKEN_TO_BE_REPLACED

“THE SWAT TEAM BURST IN. THERE WAS CURTIS GREEN COVERED IN COCAINE AND FLANKED BY TWO CHIHUAHUAS” ~The Untold Story of Silk Road by WIRED In early 2011, law enforcement agencies were caught with their pants down when drugs began... END_OF_DOCUMENT_TOKEN_TO_BE_REPLACED

[Trigger Warning] The following reading contains potentially distressing information about self-harm. The reader is advised to use their discretion to continue reading.   Darkness cocooned her room, her heart twisted, churned, her fingers closed around her throat, nails digging into... END_OF_DOCUMENT_TOKEN_TO_BE_REPLACED