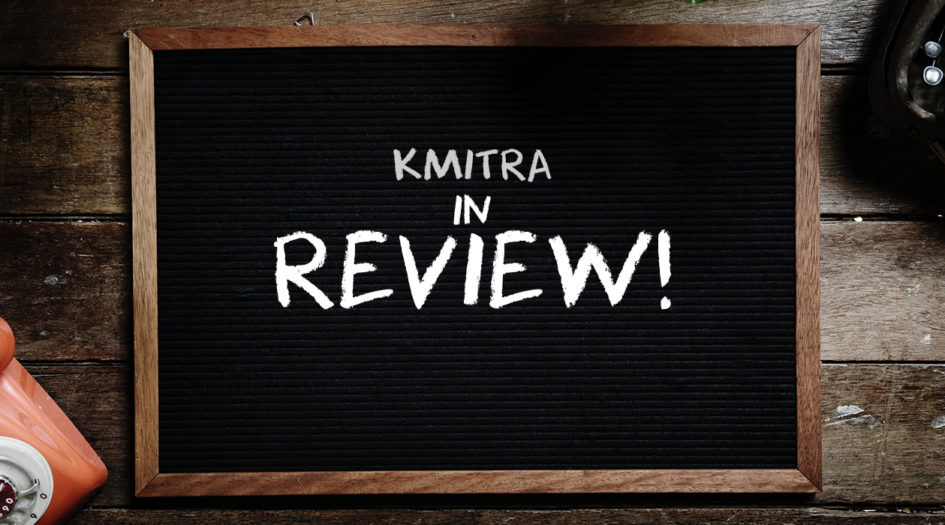 It was the year of 2014, when ideas bloomed and were nurtured, our beloved fostrer child’s journey had just begun. Who knew, our little guy would grow so fast? You guessed it right, our masterpiece, ‘kMITRA’ turns FOUR this month!

To celebrate this victory and to know how well our thoughts have reached you, we interviewed some of our fellow KMITians. And, while ‘four’ is still in the air, we first moved on to the fourth years. 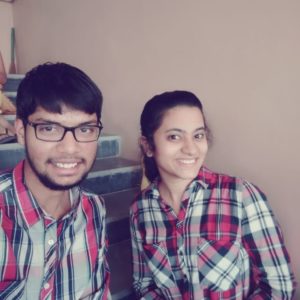 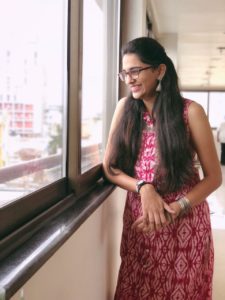 Us:  What do you like the most about kMITRA?

Vamshi: Well, for me, the most appealing section of the magazine is “Story Writing”. This section not only portrays people’s creativity through fictional stories, but also their personal experiences which, I always found very intriguing.

Pratyusha: I really like the movie review section. As a big fan of cinema, I always keep looking for reviews, and Kmitra separates the wheat from the chaff for you to select for your Friday night viewing!

Having known their favorites, we moved on to ask how they would rate their experience while reading the emagazine, to which, Vamshi replied, “My overall experience with Kmitra has been new and fascinating. This magazine is a package of a variety of contents which appeal to a wide range of audience”, to which Pratyusha added, “It provides the reviews on latest films and television series, and has unique sections that recommend new gadgets and gives in-depth information about the latest technologies”. Well, she rated it a 9/10 (Yay!).

Kmitra has always been open to new ideas, and keeping the traditions alive, we asked which genre they would wish to add to it. And here’s what they said:

Vamshi: Though this magazine has many different genres, ‘story-behind-a-photograph’ would definitely add some flavour to it.

Pratyusha: I would love it if there was a comic section in Kmitra. It would be stress-busting and also an opportunity to showcase talent and creativity.

Us: What attracted you towards Kmitra?

Vamshi : At first, I only read the articles written by my friends, but as I kept surfing through the website, I found a wide range of contents like food, video games, and fashion, which attracted me the most.

Pratyusha: I believe that every student is a package of creativity, ideas and intellect. kMITRA is a platform where students can share anything they create. And that’s what drew me towards it!

Bidding them farewell, we were ready for our next set of reviews. 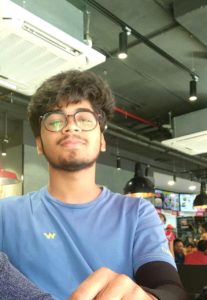 The lunch had just started, and we moved down to the second floor to find the third years, which wasn’t so difficult, because third years have always been our avid readers! We found Atisha and Shivani discussing about the college clubs and that’s when we started interviewing them.

Atisha: It has interesting and has new content in every issue, and has definitely been entertaining! To be frank, I love it!

Shivani: Everything about Kmitra is innovative and original. The effort that the writers put into their articles, making each of them unique and impactful is commendable.

We then asked them how they would rate kMITRA and both of them gave a 9/10! (Woohoo!)

As we moved down from the second floor to the first, we paced into one of the second year’s classrooms. While Aishwarya was reminiscing about her days in one of these rooms, I hurried into one of those, for we had only another fifteen minutes on the clock until the lunch bell would go off.

Amidst the hubble-and-rubble of the active second years we managed to catch Shravya and Chirag who seemed to have been completely engrossed in their vegan-non-vegan talks.

When we mentioned that we wanted to talk about kMITRA’s journey, Chirag gave a slight nod and Shravya’s eyes lit up like candles. We knew by then that we had chosen the right people to interview!

We were eager to know how these guys were first introduced to kMITRA and how it reaches them every month, to which they jinxed “Instagram!”.

We further asked them about what they liked the most about it, to which Shravya mentioned about the creative content the team puts in, while Chirag loved kMITRA’s inspirational articles. We bid them farewell as they resumed their much heated debate.

Next, with the clock ticking, we moved into another such class and there we found two boys busy with their laptops open, pressing the buttons hard to complete the Tessalator’s deadlines (something we all can relate to?). When we explained to them about the interview, Pavan and Mohan were all in, pressing the ‘evaluate’ button for the third time. 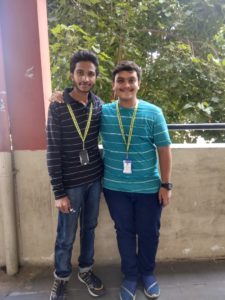 Us:  How often do you read kMITRA?

Pavan: Usually, whenever my friends send in their article’s link to the class group, I go through it.

Mohan: Well, as a lateral entry student, this is my first year at KMIT and kMITRA has fascinated me. I did read a few articles from the previous editions but I definitely wish to explore more.

Us: Which articles did you enjoy the most?

Pavan: I love almost all the articles in the Tech-Neutron category. I make a note to check that one article in every edition.

Mohan: For me, I find the articles on the sensitive issues, quite interesting.

Pavan: Me too! Apart from the techie stuff, these articles are amusing. We usually don’t receive a platform to have a voice on the issues of gender inequality or religious differences, and here we can discuss them openly!

And how could’ve we ended our interview without receiving a feedback, which they were quite happy to give. While Mohan suggested that we make the website more dynamic by adding a few videos, Pavan added that apart from articles, we could shoot the student’s talents’ and upload them on the website. And then, both of them went back to their Tessalators, searching for that one test case which hadn’t passed (an everyday story at KMIT, isn’t it?).

Different years, different people and different views; after hearing them out, one can surely say that kMITRA has truly been able to reach the KMITians, but there’s a long way to go and bigger goals to reach. With every second passing, our much-loved fruit-of-labour grows bigger and bigger, all thanks to YOU, readers.

“It’s your first global press conference! Are you sure you can manage it all alone?” Mr. Eoin asked out of concern to his niece, the CEO of Orion. “I’m confident Uncle Eoin. Like every time I’m sure I can handle... END_OF_DOCUMENT_TOKEN_TO_BE_REPLACED

Football is the most famous sport on earth with an estimated 3.5 billion followers. Many people who may not be regular connoisseurs of the sport still watch the major International trophies like the FIFA World Cup, the UEFA Euros, the... END_OF_DOCUMENT_TOKEN_TO_BE_REPLACED

If you are given a box, and you do not know what it contains, will you open it? If someone tells you that it is empty and asks you not to open it, will you still do... END_OF_DOCUMENT_TOKEN_TO_BE_REPLACED

As you read this, picture yourself back in the 1970s. You would be getting ready to catch your college bus as golden rays light up your open veranda. Your grandpa would be strolling on the balcony reading the newspaper. Everyone... END_OF_DOCUMENT_TOKEN_TO_BE_REPLACED

“And medicine, law, business, engineering, these are noble pursuits and necessary to sustain life. But poetry, beauty, romance, love: these are what we stay alive for” - Dead Poets Society (1989) When I first watched Dead Poets Society close to... END_OF_DOCUMENT_TOKEN_TO_BE_REPLACED