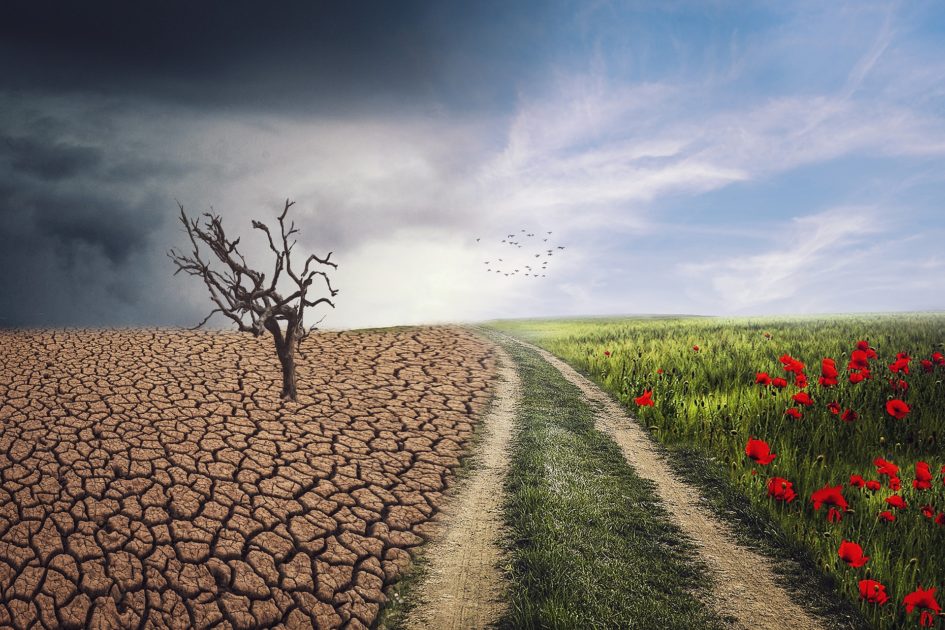 Climate change is happening now, faster than predicted by scientists. They gave us a deadline of 12 years to keep up the global temperature below 1.5 degrees Celsius or a great catastrophe could strike the earth. Our future generations might face a multitude of problems.

The hottest temperatures to be recorded were from the past two decades and the 5 warmest years ever recorded were also a part of this decade. 2016 was recorded as the hottest year ever. This shows that the temperatures may grow even hotter in the coming decade. The changes that would happen in centuries are happening now.

The Arctic ice is declining at the rate of 12.85 percent which is increasing the sea level, in turn, causing floods, hurricanes, and tornadoes in various parts of the world in recent years. Temperatures of the oceans have risen considerably and have warmed up about 0.4 degrees Fahrenheit since 1969. The Greenland and Antarctic ice sheets have decreased in mass. The rate of Antarctica ice mass loss has tripled in the last decade. This melting of ice caps has resulted in rising sea level about 8 inches since the last century and the rate in the last two decades, however, is nearly double that of the last century and is accelerating slightly every year.

The carbon dioxide gas, a major greenhouse gas has seen its rise in the earth’s atmosphere more than ever before and has caused high rates of global warming in the past decade. But the major absorbers of carbon dioxide which are trees are insufficient compared to the gas produced. This results in the gas staying in the atmosphere and causing various problems including health issues. Marine life has also been affected due to an increase in carbon dioxide. The acidity of the ocean water increased up to 30 percent since the industrial revolution. The amount of carbon dioxide absorbed by the upper layer of the oceans is increasing by about 2 billion tons per year.

Many developed countries are trying to consider climate change as a major issue, whereas developing countries like India have taken a backseat on this issue. In 2016, the Paris agreement was signed by many countries to control the global temperature. India had also made a similar National Action Plan on Climate Change (NAPCC) to adapt to climate change on June 30, 2008. The plan included afforestation, solar power provision, renewable energy provision, water efficiency and many more. Though it had made great claims, they were forgotten along the way.

The earth summit held in 2019 bought back everyone’s eyes on climate change again. The past decade has seen some improvement in trying to curb this issue. Many climate activists have made a significant difference. Activists like Greta Thunberg, a teenage Swedish climate activist is making headlines for standing up and speaking out about climate change. Although she is experiencing criticism for being immature, she has inspired many teenagers to take a stand and speak their mind. If we take a stand to save our environment, we will be able to see significant change over the decades to come.

Now the initiatives for climate change have started, but they need to be followed by every citizen to get the desired results.

“What is it about being blind that it makes you want to walk the dog the whole time?” “When it comes to environment, it's not us but our children and our children's children that will pay for our mistakes, which... END_OF_DOCUMENT_TOKEN_TO_BE_REPLACED

Well, well, well. Something interesting has finally caught your attention in this painfully boring and monotonous life. You dash to the most convenient online marketplace to find the materialistic item that fuels your dopamine rush. These platforms help connect buyers... END_OF_DOCUMENT_TOKEN_TO_BE_REPLACED

[Trigger Warning] The following article contains acts of cruelty and violence. Reader discretion is advised. I opened my laptop, exhausted from all the classes at college, (not) ready to log in to another class when I stumbled upon “Monster: The... END_OF_DOCUMENT_TOKEN_TO_BE_REPLACED

“THE SWAT TEAM BURST IN. THERE WAS CURTIS GREEN COVERED IN COCAINE AND FLANKED BY TWO CHIHUAHUAS” ~The Untold Story of Silk Road by WIRED In early 2011, law enforcement agencies were caught with their pants down when drugs began... END_OF_DOCUMENT_TOKEN_TO_BE_REPLACED