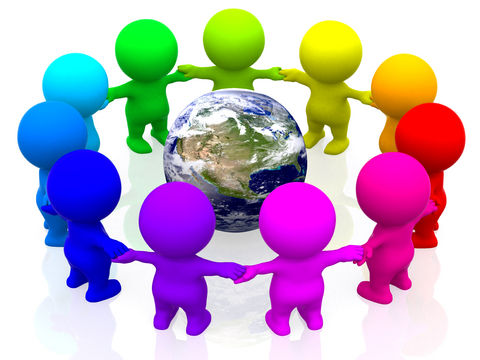 What is Cultural Linguistics?

Cultural linguistics is the relationship between ethnology and linguistics and is also called Ethnolinguistics. In other words, it is about ethnic groups and their perception of the world around them through the use of language and gestures. It observes the strong correlation between language and culture up to an extent as they are both interdependent on one another.

The connection built with someone through language is strong and promotes relatively open communication. Within a set of commonalities, language contributes the most to the strength of the connection. For example, two people may have several things in common, such as a predilection for a particular sport or a certain genre of music. However, if both of them have a language in common, it bolsters the connection between the two and allows them to be more open with each other regardless of other interests(or the lack of such). This may not be a conscious development but something that automatically happens in the presence of someone who speaks or understands the same language. Such a phenomenon indicates how someone’s comfort level varies with the ease of communication via a common language. For example, if you meet a stranger from a foreign country who speaks the same language as you do, you can assume that they will almost always be more comfortable around you, even if you disagree in most other matters. This is as opposed to a situation in which your interests are exactly the same but you lack a common medium of communication.

However, it is not to say that the field is limited to language itself. Culture and linguistics constitute patterns that include language, thoughts, actions, customs, and beliefs along with institutions of racial, ethnic, religious inclination, etc. This refers to behaviours and attitudes that pertain to a certain culture within a certain region or a system. This makes the field of cultural linguistics vast and an important subject of study.

There are quite a few reasons which make the study of ethnolinguistics a necessary one. One of the most compelling reasons would be to address a demographically diverse region which consists of people from various different backgrounds and cultures. In such cases, it is crucial to ensure that communication is at its best so that healthcare and government policies are effectively implemented. Especially when it comes to healthcare, the call of the hour is to eliminate any disparities amongst racially, ethnically, and culturally diverse populations. It has been observed that in quite a few countries, deaths due to poor health occur largely amongst minority communities, which do not understand healthcare policies entirely. For someone who lives in a country whose common language is different from their own tongue, it can be difficult to adapt and truly understand the meaning behind various policies and precautions. Therefore, they cannot make good use of basic facilities and resources provided to them, due to sheer misunderstanding.

Because of such scenarios, governments must take into consideration cultural needs, beliefs, values and traditions so as to improve quality assurance programs. People are less likely to believe in programs if they find them offensive or radical for any reason and are unable to relate to them.

Having a good understanding in cultural linguistics also allows a businessman to have a competitive edge over others. Imagine you went to a market and came across two men selling goods- one who is local and speaks the same language you do and belongs to the same region and the other is a foreigner who speaks a language you do not understand. It is much more likely for you to approach the local seller due to commonality in language and culture. Therefore, understanding the culture of a place helps boost a business immensely.

Finally, a comprehensive understanding of language and culture helps build trust between others, be it with peers, colleagues or associates. It is only natural that someone who goes to the doctor will believe him more easily if the patient can relate to the doctor on a cultural level. Because of such reasons, it is important for everyone to properly understand the nuances in language and culture.

If there’s one place that knows how to celebrate a festival, it’s India. From Grand city events to simple village ‘melas’ , India’s festival calendar is rich and diverse as its tradition and topography. Diwali entails religious and regional variations... END_OF_DOCUMENT_TOKEN_TO_BE_REPLACED

What’s any festival without Food? You can hate food, you can hate eating but you cannot hate sweets! So, this Diwali there are a few specially picked sweets which are a treat to your taste buds, literally! Name         : Kaju Chaco... END_OF_DOCUMENT_TOKEN_TO_BE_REPLACED

The Hitchhiker's Guide To The Galaxy,is not just one of those books you read... Its one of those books that you fall in love with,get obsessed with,repeat all the arguments in your head,thoroughly masticate and digest every idea in the... END_OF_DOCUMENT_TOKEN_TO_BE_REPLACED

The ‘festival of lights’ spiritually signifying light over darkness, knowledge over ignorance, good over evil, and hope over despair. Diwali is one of the favourite festivals celebrated in the country. It is a full- 5 day package of cleaning, renovating... END_OF_DOCUMENT_TOKEN_TO_BE_REPLACED

It is very heartening to note that we are creating a magazine for the KMIT students. I hope that this initiative will continue forever. At the outset , I would like to wish all the students a Happy Deepavali. In... END_OF_DOCUMENT_TOKEN_TO_BE_REPLACED