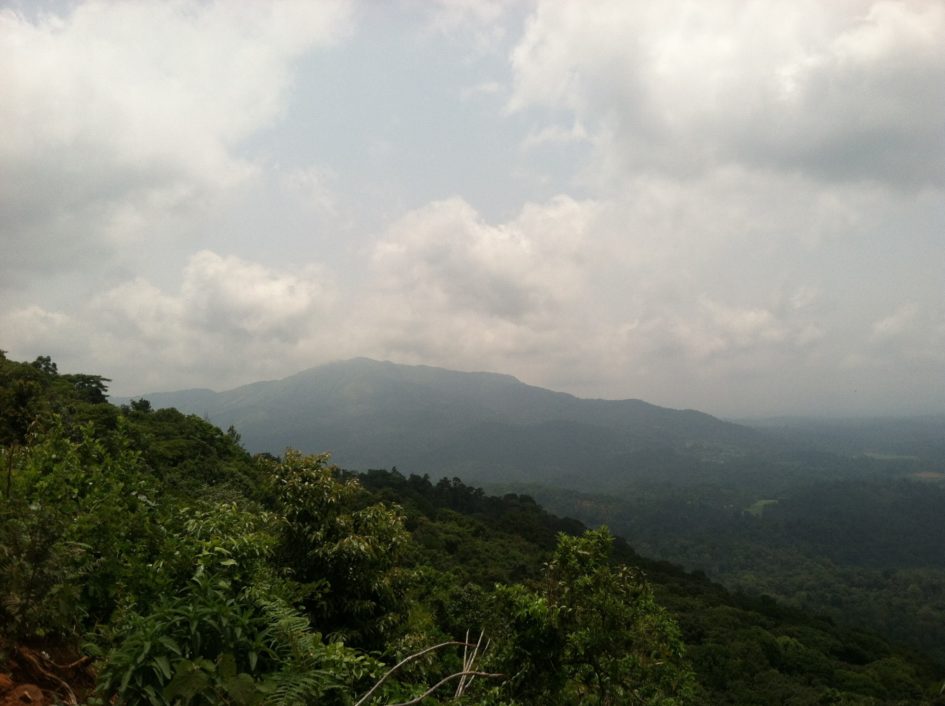 “Travelling – it leaves you speechless, then turns you into a storyteller.”

There’s a different allure to living out of a suitcase: it gives you a sense of being nomadic… And so, when my friends came up with a plan for a short getaway to Coorg, I was thrilled. More so, because this would be the first time I would be exploring a place so far away from home with friends. Having been to Mussoorie-another extremely popular hill station-years ago, I was eagerly looking forward to visiting Coorg.

Excitement was in the air as our group of five friends boarded a late night bus to Mysore. The plan was to go to Coorg via Mysore owing to lack of direct buses or trains from Hyderabad to Coorg. The bus journey was comfortable enough and I drifted away into a state of deep slumber, only to wake up next morning in the magnificent city of Mysore. Not far from the bus station was a tiffin centre, where we had scrumptious breakfast and soon enough, we were on our way to Coorg.

The journey from Mysore to Coorg itself was surreal.

I was taken with the beauty of the countryside: the

wilderness, the foliage, the coconut farms; all of it

added to the mesmerizing charm of the rustic setting…

Tall trees lined the sides of the tortuous roads and the

landscape was spotted with quaint little houses and

fecund farms. I found myself wishing the journey never

After about three hours, we reached our destination, Madikeri. My first view of Coorg, thankfully, was what I expected it would be: every bit as heavenly as possible. 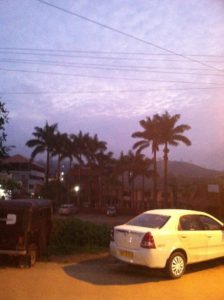 We headed straight to our place of stay, freshened up and ordered some food. As it was noon already and we were quite exhausted after two back-to-back bus journeys, we decided not to go somewhere far and just check out the places nearby. We got around to exploring a few local shops and one amazing cafe, where we had some snacks before being on our way. The evening sky looked every bit resplendent with beautiful shades of purple and orange, the kinds of which I hadn’t seen before. We walked for a while and then headed back to our place. We called it a day after few rounds of playing cards, some food, and drinks. We hit the sack quite early in the hopes of being rejuvenated the next morning for our long trek. 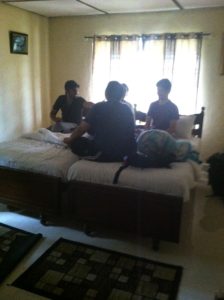 At a distance of about 65 km from Madikeri lies a great spot for trekking not known to many travellers.

“It is not down in any map; true places never are”, goes the old adage… And that’s quite true for this trekking route.

We had to wake up early in the morning in order to catch the direct bus to our destination. But we boys, being boys, missed our alarms and had to board two buses back-to-back.

We could see the summit of the hill nestled in clouds from a distance, and the view made us all the more eager to get to the top. For the sake of an authentic trekking experience, we decided not to seek any guide’s help and began our trek. The route took us through serpentine paths within the forest and along small streams flowing through the forest. The peak was out of view because of the thick canopy.

After a trek of what seemed to go on forever,

gradually the forest started thinning out and

we came out into the open. The climb was far

from done. But, this point was where the

trekking route began to be a feast for the eyes.

In every direction, for as far as vision could go,

there were rolling hills shrouded in mist.

It was a breathtaking view. 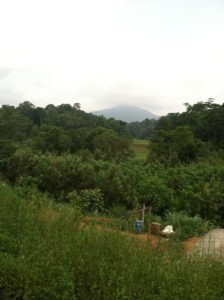 We trekked for another hour or so only to find out that there was much more to cover. Our minds caved in to our bodily demands and we began our journey downhill. It was evening by the time we reached the base.

Although the trek was one amazing experience, the plethora of insects made the trek wee bit uncomfortable.

And for a person who doesn’t get much exercise on a regular basis, the climb was every bit as taxing as one would imagine it to be. Nevertheless, it was worth it.

We returned to our place by 7 PM and called it a day., but not before savouring some delicious pizza at a nearby cafe.

The last day of our tour was when we visited most of the scenic tourist locations. We packed our bags, bid adieu to our wonderful little cottage and left in a cab for Dubare Park.

Dubare Elephant Park is one of the most popular tourist places in Coorg. It is basically an elephant camp on the banks of river Kaveri, where one can feed, bathe and ride elephants. There are opportunities for trekking, fishing, and river rafting.

To get to the camp, which is located on the opposite bank of the river, there are two routes: river rafting and crossing the river on foot. We chose the latter as it was the adventurous one. It took us 20 minutes to get to the camp. We indulged in all the activities and the most fun was bathing them and being so close to them in the middle of the river. 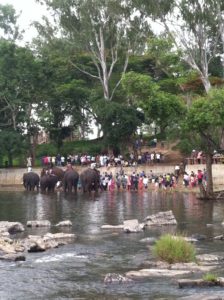 There was a spices shop nearby, where we shopped before heading back to our cab for our next stop.

In addition to the elephant camp, Nisargadhama and Veerabhoomi are other main attractions of the Dubare forest area. Nisargadhama is a small island formed by the river Kaveri. There wasn’t much for us to do here apart from boating and visiting some small handloom shops.

The Namdroling Monastery is the largest teaching center of the Nyingma lineage of Tibetan Buddhism in the world.

nuns. The first thing we noticed on

entering the complex was the huge

of the main temple. 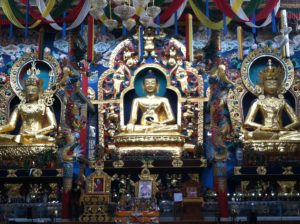 The inside of the temple was breathtaking

The atmosphere of tranquil brought about

a sense of spirituality in me. This was

undoubtedly one of the best Buddhist

temples/monasteries I had ever visited.

Namdroling was the last leg of our tour. With a heavy heart, we left for Mysore and then from Mysore, Hyderabad.

I am, by no measure, an avid traveller, but this trip stirred up emotions in my soul unbeknownst to me before and I can’t wait to pack my bags and leave on another adventure again.

"How do you feel about this achievement? Your book is now one of the fastest-selling books!" asked one of the reporters. "I'm happy for this book's success more than any of my other books. Because this book is not a... END_OF_DOCUMENT_TOKEN_TO_BE_REPLACED

Shashi is an amiable, poised, beautiful middle-aged Indian homemaker, and a mother of two, to whom family is both the beginning and period of her world. She may not be very professional but works overtime to fulfill her passion for... END_OF_DOCUMENT_TOKEN_TO_BE_REPLACED

Disclaimer: The facts mentioned in this article may vary with the actual ones. "To conquer oneself is a greater victory than to conquer thousands in a battle." – Dalai Lama The second world war reached its final stage in 1945,... END_OF_DOCUMENT_TOKEN_TO_BE_REPLACED

What is common to a mullet-wielding, neon-donning 1980s American teenager and their Persian contemporary living in obscurity, confined in the clutches of Ayatollah Khomeini's reign? Hint: it starts with 'rock' and ends with 'music'. In 1979, at the heels of... END_OF_DOCUMENT_TOKEN_TO_BE_REPLACED

To most, the color purple is just like another color and holds no special significance, other than to be one's favorite color. It is a simple color resulting in a beautiful blend of red and blue colors. But in reality,... END_OF_DOCUMENT_TOKEN_TO_BE_REPLACED