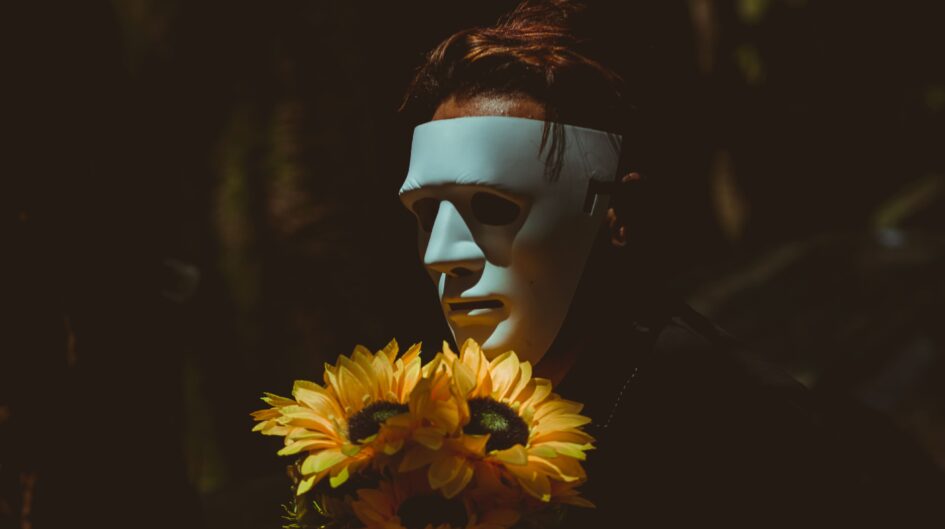 “Why do the Yankees always win? The other team can’t stop looking at the pinstripes.”

The famous quote by Frank William Abagnale Jr., one of the popular con-men specialized in impersonation and forgery, can definitely be taken as the basis for any con-artist’s tactic.

A con-artist, short for confidence artist, is a person who cheats or tricks others by persuading them to believe something that is not true. Now what you just read is the exact dictionary definition.

Many people presume con-artists to be obvious villains, wearing a fake mustache and golden dentures. But in fact, a con-artist is a debonair person who can successfully trick people into believing that he is not a con-artist. He uses confidence and charm to take advantage of the flaws in human psychology.

Remember the quote from the beginning of the article?

We, humans, tend to see things that are clear. A con-artist is faultless in hiding their lies behind the curtain of their confidence.

What fuels these people?

As long as there are fish in the ocean, there are going to be fishermen.

The reason for people to turn out as con artists can be anything- parenting, the environment they grow in, different pressures they are subjected to, or even just their natural tendency.

According to a con man on the internet what fuels him is the little adrenaline rush and a touch of happiness while he pulls off a con heist.

Mr.Abagnale (currently working as an American Security consultant) is a con-man who ran away from home when he was sixteen years old. He managed to accumulate a whooping four-million dollars in fraudulent bank cheques, all before he turned 19. In an interview, he says what he lacked then but has now is ‘conscience’. According to him, he was just a kid who thought nothing about the consequences. He had no fear, and that was the reason he could pull off any scam with such confidence.

Why do people get ‘conned’?

The three main ingredients for this dish are:

“You can meet the soul of your dead son if you offer us something in return.”

“Paying an extra one lakh will ensure your daughter’s seat in the most prestigious college in the country.”

These three human emotions are the most exploited by con-artists. People always will do anything, putting away their rationalities, when they give in to any of these three.

Where do we find con-men?

To be precise, we can find them literally everywhere.

People surely like to assume technology to be the reason. It is true that technology breeds crime. But, the history of con-art dates back to at least the start of written records. Humans have been familiar with these type of scams right from the beginning. It might also make sense to say that tricking and getting tricked by someone is deeply ingrained in human behavior.

Humans are both, cunning and naive. History states proof that not even an empire, a profession or an organization could escape the rule of scam. From selling the Roman Empire to selling more than many famous monuments, from slitting a person’s veins to fraudulent cashing of life in the name of medical science, from cheating a bank to hacking twitter; mankind has seen scams whose number is impossible to put on paper. It is more than a guess to say that con men are not going to be extinct even in the far future.

But coming to the conclusion that con art on the scale of the crime is the only con art which is just ignorant. Let yourself think about the bigger picture. Any person who deceives someone confidently is a con artist. For example, if you were successful in making your teacher believe that you gave her the ‘non-existent’  homework/project but she somehow lost it then, you, my friend, are a con man.

How to avoid the cons?

You cannot completely become resistant to cons. But it is possible to avoid cons to some extent.

You need to keep your eyes open for signs. In other words, keep your senses activated. Ask yourself questions. It doesn’t mean that you stay paranoid 24/7. You will know when it happens but if someone says that by doing ‘this’ you can avoid being scammed then congratulations! They have successfully scammed you.

A good Con artist is someone who cannot be identified as a scammer, whatsoever. So, when you come across someone like that you won’t even know that you’ve been tricked.

What now, after you’ve fallen for the trick?

Do. Not. Feel. Embarrassed.

Contact the accountable authorities and file a complaint before the culprit gains another victim.

Heists and Con-men definitely fascinate us. But it is not cool when this really happens. This is not a movie. The con-man doesn’t have a tragic backstory for you to empathize with right now. So, hold the person accountable for your loss.

Is it the end? We experience a con once and that’s it, right?

Well actually yes, but no.

As I said earlier, these people are everywhere. Also, it’s plain arrogance to think that we never tried to confidently lie to someone for our own benefit.

There are always other fish in the pond, in many cases bigger than the prior. It’s always better to be on our toes.

It is natural human behavior to be drawn towards a con.

Inspired by the movie ‘Catch me if you can’.

When was the last time you noticed your dark circles and regretted staying up late watching a movie? We’d say never! Movies are an essential part of our life. They play a vital role in the advancement of our culture.... END_OF_DOCUMENT_TOKEN_TO_BE_REPLACED

2nd February 2000 Dear Diary, Ugh! Waking up early every single day to attend school is so annoying. I wish we didn’t have school and exams so that I can enjoy myself at home all day long. But that can’t... END_OF_DOCUMENT_TOKEN_TO_BE_REPLACED

The palette sat on the table, its many children crawling to play with each other. I dip my brush into the palette, squidge it into the deepest shade of blue until the bristles get covered in blue up to their... END_OF_DOCUMENT_TOKEN_TO_BE_REPLACED

Russia, 2027. Isn't it fascinating how we humans have evolved? Thriving for perfection, we're in a race for continuous development. This century has seen tremendous changes that none of our ancestors would've ever imagined. And as we've evolved, so has... END_OF_DOCUMENT_TOKEN_TO_BE_REPLACED

Artists across the globe have not been credited enough for their work. These artists keep us entertained in our difficult times besides facing immense competition, worries of a short-lived career, declining engagement, and providing quality and original content to us... END_OF_DOCUMENT_TOKEN_TO_BE_REPLACED