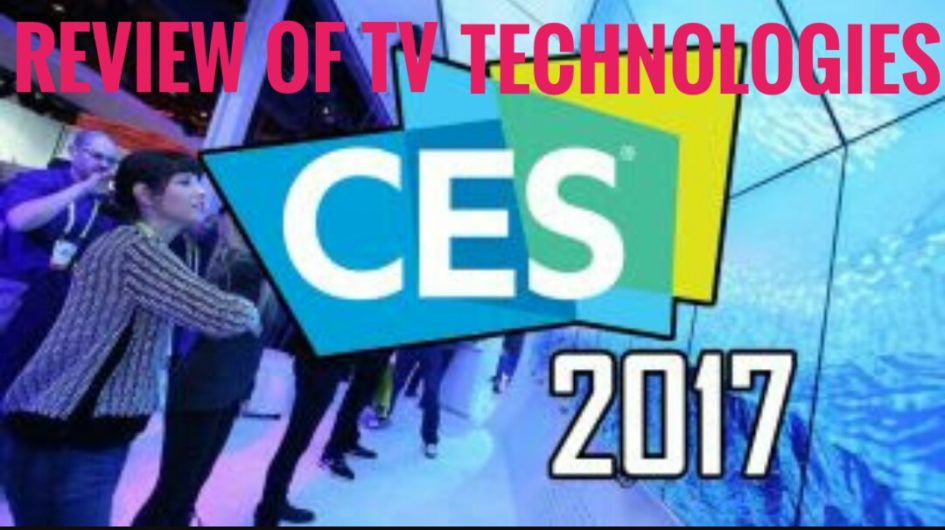 CES TECH (commonly known as consumer electronics show)is conducted  at LAS VEGAS  in January of every year and is considered to be one of the largest market place for innovative  technologies and a paradise for the tech reviewers. It is the place where all the futuristic technologies are exhibited by different companies from different parts of the world. According to a study, CES 2016 is considered as the largest technology expo with a record setting total attendance of 177,393 people from across the globe.

Here are some of the latest TV technologies launched by different companies:

Samsung has taken a new step towards the futuristic television technologies and has launched its new innovation of  ‘QLED’ TVs. They come with names Samsung Q9F,Curved Q8C,and Q7C which are available in four sizes:55,65,75 and 88 inches. They are available in both standard models of Samsung: curved and flat. 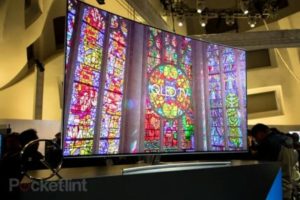 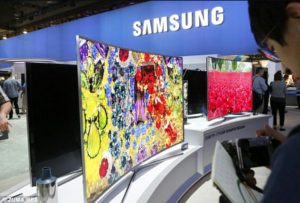 Samsung is expecting to launch this QLED TVs in June or July of this year. It is quoted as the “most anticipated”, TVs of 2017 by the spectators. Price of this TVs is not yet announced officially by the company. It is rumored to be released in May of this year into the market but none of them are confirmed by the company.

LG is stated as the “show stealer” at the CES 2017,by launching a whooping number of “10″ new OLED TVs,and the major attraction was their new LG SIGNATURE OLED W7,which is claimed by the company as the “lightest, thinnest and smartest TV on the planet“. 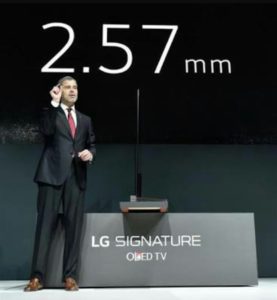 This TV is very sleek (just 2.57 mm ), just somewhat thicker than a normal paper. It is just like a movie poster with a stand below and this stand acts as a sound bar as well with HDMI cables connector and other inputs to it. LG claims that this is the first TV in the world to have picture on glass technology. It is available in 65-inch and 77-inch models with a new updated version of LG tv software,Web os 3.5 ..etc. This technology  makes this TV one of the most advanced TVs of the planet. Price and release date have yet to be confirmed by the company, but if this one is out in the market, sure it’s going to change the way of thinking about a TV and will be the most stunning thing to buy. 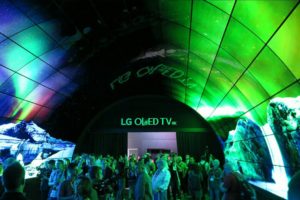 This is one of the coolest attractions one shouldn’t miss at this CES 2017, by the LG company using their curved TVs. A total of 216 separate 55-inch curved OLED TVs are assembled together to form a record making  massive structure of 5 m tall, 7.4 m wide and 15 m in length tunnel. It is expected to have a mind blowing clarity-of about 447,897,600 pixels-nearly half a billion pixels, making it the brightest display ever created. The viewers get a lively experience in this tunnel in which special 8K video footages shot by LG(Aurora Borealis, Under Water Ecosystems, Deep Sea Footage) are played. In this tunnel a video called “black to black”, gives the viewers a detailed explanation about the milky way in a fantastic way with a spectacular experience.

Sony has at last launched its first OLED TV, called the AE1 which is the most awaited product of  2 years of Sony’s announcements. Previously, Sony had the BRAVIA series which is run by the LED technology. 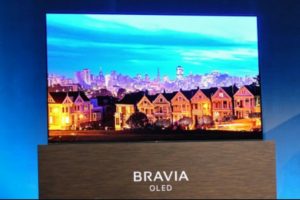 Even though it is just LED technology, Sony has given a remarkable competition with other opponents of OLED technology TVs with it’s spectacular displays and mind blowing sound effects with the perfect bass assistance. 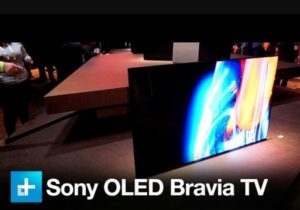 Now Sony has taken a step forward in the competition with their new OLED TV which has a unique sound producing system. The AE1 literally vibrates the TV panel to produce the sound, which takes the sound system of slim TVs to a next level, this means that the sound comes directly from the display (screen) of the TV.

By taking plenty of time and experimenting in various ways the company has at last launched the TV at three different sizes 55-inches, 65-inches and 77-inches. Price and release date is not officially announced.

It is said that this TV can produce double the brightness levels of a regular OLED screen to make HDR pictures, making them much more brighter with a deep contrast. It is also well known for it’s “dynamic blade”‘audio simulator techniques.

It is available in three variants, 55-inch, 65-inches and 77-inches whose price is not yet confirmed.

Overall, the CES TECH has been amazing this year and lots of new technologies to enhance television experience which will soon be a reality in the coming years.

We’ve heard quotes all our lives, some useful, some motivational, and some life-altering. If we define them in a mathematical sense, they are like axioms. There is no proof of them being true what so ever. Only experiencing them on... END_OF_DOCUMENT_TOKEN_TO_BE_REPLACED

The outbreak of the COVID-19 pandemic has undeniably disrupted our daily lives and summer plans. With the nationwide lockdown in place and government-mandated social distancing, it’s easy to think we’re living in a somewhat dystopian novel at the moment. Alone,... END_OF_DOCUMENT_TOKEN_TO_BE_REPLACED

The ways to stay safe during this pandemic have been changing from time to time. In the beginning, we believed social distancing was the only way to stop the spread of the deadly virus. But now, we have slowly started... END_OF_DOCUMENT_TOKEN_TO_BE_REPLACED

With the Covid-19 outbreak taking a toll on our sanity, social lives, and several other factors, this time, we, as kMITRA wanted to do something different. We wanted to know what our readers think about this time in quarantine and... END_OF_DOCUMENT_TOKEN_TO_BE_REPLACED

A short nostalgia of the past two years, How I understood things and had overcome my fears.   Young in blood and just out of school, Grades and accolades that'd make everyone drool.   I said to myself, "It... END_OF_DOCUMENT_TOKEN_TO_BE_REPLACED