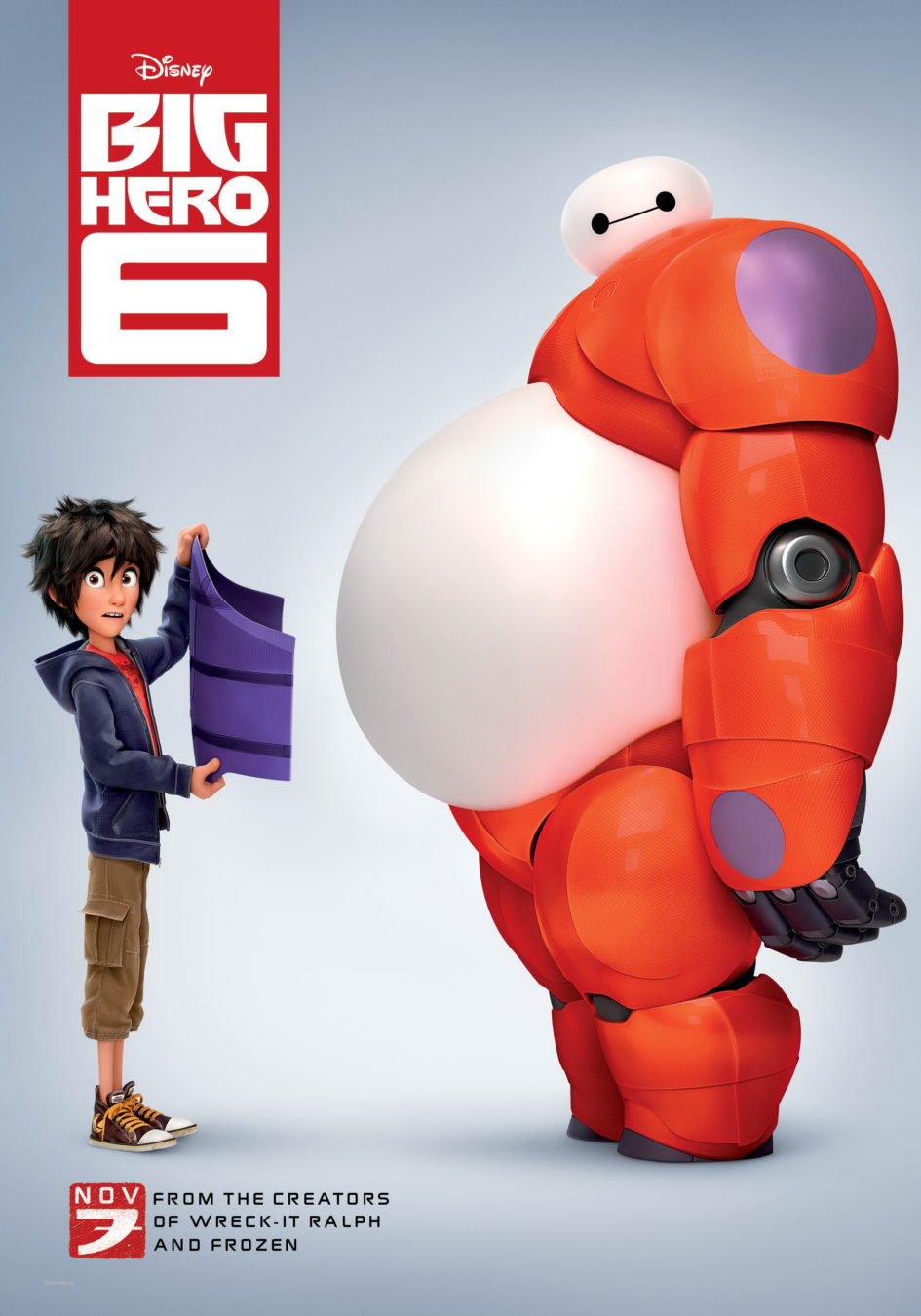 Who would have thought that Walt Disney’s fear of mice and his amicable portrayal of the tiny rodent would eventually lead to a multi-million dollar company, which now has the power to influence many generations!

Every movie has a message and a moral; there also are movies that have set ideals for every relation in a child’s life,from father-son, siblings to many others. Big Hero Six is another such movie about two orphaned brothers raised by their aunt, who are interested in robotics and live in San-Fransokyo – which quite obviously combines San Francisco and Tokyo – because Japan is on the cutting edge of robotics.

The entire story revolves around how the younger brother (Hiro) tries to avenge his elder brother, Tadashi’s death which seems like an accident. More evidence comes to light which makes him think otherwise. We also have the adorable, cuddly, nurse bot Baymax that diagnoses a health problem and comes up with a medical solution.

Medical technology is quite under developed in many aspects,the humble syringe for one, is more than 150 years old (1844). While medical robots are inevitable in the future to bridge gap between increasing population and lack of medical resources, Baymax seems to be an interesting and user friendly healthcare alternative. Hiro tries to convert this huggable, friendly and adorable robot into a killing machine and along the way makes some very intelligent and unusual bunch of friends who each have their own inventions. Each invention is incorporated into their suits so that they can fight the villain who is operating on stolen technology that Hiro had made( microbots ).

Although I am a huge fan of all-things-robotics and/or animated I must admit that this is more of an original story. If you must watch only one movie this week, give it a miss and opt for Interstellar  which is getting an amazing response at the box office.

Trigger Warning: The following content contains a description of abuse and murder which is potentially disturbing. Readers’ discretion is advised.   Did you know that Adolf Hitler was alleged to have paranoid schizophrenia? Many Psychoanalysts pronounced that he had mental... END_OF_DOCUMENT_TOKEN_TO_BE_REPLACED

Trigger Warning: The following article contains a portrayal of characters suffering from severe mental illness. Readers' discretion is advised.   Jane was driving her away from the glimmer of light towards the darkness, creeping deeper and deeper, until she was... END_OF_DOCUMENT_TOKEN_TO_BE_REPLACED

I've grown up reading great things about Kashmir's beauty. In one of my textbooks, it’s also called "The Heaven on Earth" or in the local dialect, "Dharti ka swarg Kashmir." From the icy mountain slopes to the lush green plains... END_OF_DOCUMENT_TOKEN_TO_BE_REPLACED

Everyone knows Sushant from his popular movie MS Dhoni- the Untold Story. After MS Dhoni, he was seen in the film Chhichhore, which gave a beautiful message "Suicide is not the solution". Many students found the movie relatable. After Chhichhore,... END_OF_DOCUMENT_TOKEN_TO_BE_REPLACED

What is common to a mullet-wielding, neon-donning 1980s American teenager and their Persian contemporary living in obscurity, confined in the clutches of Ayatollah Khomeini's reign? Hint: it starts with 'rock' and ends with 'music'. In 1979, at the heels of... END_OF_DOCUMENT_TOKEN_TO_BE_REPLACED