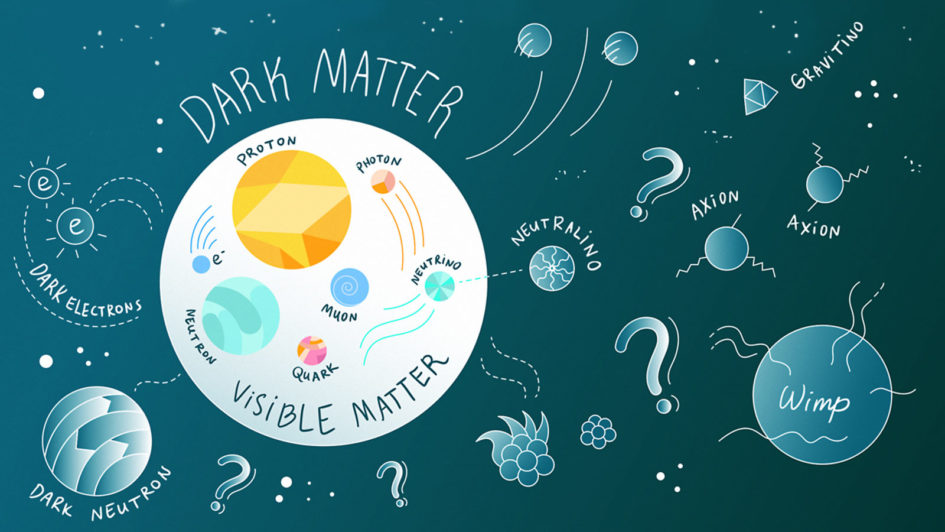 Of all the secrets of the natural world explored by humans, the ultimate is the search for dark matter, a mysterious and invisible form of matter that many scientists believe actually holds the fabric of the universe together. And from intense studies, astronomers have come to one conclusion about the universe: that it either has enough energy density to stop expanding and collapse, or so little energy density that it never stops expanding.

However, gravity was believed to slow the expansion as the force of attraction brings matter closer, thus bringing all the components of the universe together. But in 1998, a supernova was observed from the Hubble telescope, which showed that the universe was expanding much slower than it is today. So, contrary to what was believed, the expansion was not slowing down due to gravity. Rather, it was accelerating. No one knew what caused this, so they simply named it ‘dark energy’.

It is fascinating to wonder what it might be composed of because it comprises of new elementary particles that have not yet been discovered- meaning it is distinct from ordinary matter such as protons, neutrons, electrons, and neutrinos. We can assess the amount of dark energy as we know how it affects the universe’s expansion. It is believed that 74% of the universe is composed of dark energy, and 21% is dark matter; the primary difference between the both being that dark matter is believed to consist of exotic particles that do not interact with normal matter (ironic that it is called normal, considering it only takes up 4% of the known cosmos) and dark energy, whose only proof of existence is the unexplained expansion of the universe. Furthermore, dark energy is believed to be ‘repulsive’ in nature, opposing the gravity that pulls the elements together, thus causing the expansion.

Middle school taught us that Milky Way is shaped like a disc, approximately 100,000 light-years across. According to the laws of gravity, the stars closer to the center of the galaxy should move faster than those farther. But it was found that, in both cases, they orbited the center at about the same speed. This fuelled the theory that something outside the galaxy is propelling the stars: dark matter.

Because of their names, it’s easy to get confused between dark matter and dark energy. Though they are conceptually related, their effects on the cosmos are surprisingly dissimilar. In short, dark matter attracts and dark energy repels. While dark matter acts on individual galaxies and visible matter and pulls it inward, dark energy exerts influence on the largest cosmic scale, pushing galaxies outward, causing the expansion.

Dark matter and dark energy appear to be competing forces, the only similarities being that they were both formed during the big bang and that they remain mysterious. Although there is little evidence backing the existence of either, dark matter and dark energy present a promising path to finding the true nature of the universe and predicting how massive clusters of galaxies will behave and fit into what we know about the ‘cosmic web’.

From a very young age, we are socialized to behave according to our sex. Boys are taught to be “masculine” and girls are taught to be “feminine”. But are there any biological differences between a man and a woman which... END_OF_DOCUMENT_TOKEN_TO_BE_REPLACED

Comfort space is personal to every individual. It allows you to be yourself and cherish the moments as they are with no judgment whatsoever. As for me, movies and music do the job. Speaking about movies, I have been exposed... END_OF_DOCUMENT_TOKEN_TO_BE_REPLACED

The corporate industry is notoriously famous for having the highest pay grade difference for employees working in the same company at different levels doing the same or similar jobs. This difference attracts several young engineers and management graduates into this... END_OF_DOCUMENT_TOKEN_TO_BE_REPLACED

[Trigger Warning] The following reading contains events of death. **This is entirely a work of fiction and no distress was intended for any family/person affected by a natural disaster. “Please Ma!” Arya pleaded. “I made it to my final semester.... END_OF_DOCUMENT_TOKEN_TO_BE_REPLACED