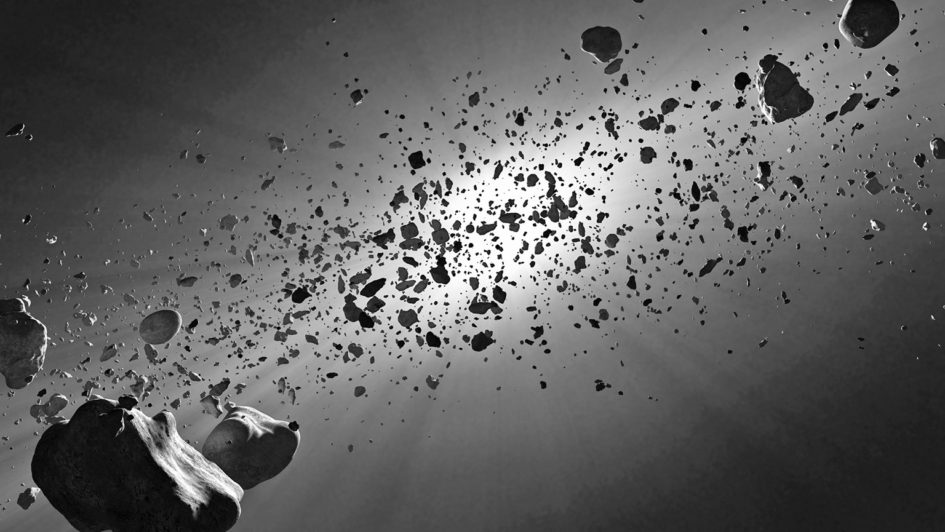 Humans are quite greedy species. Our needs are never-ending and desire ever growing. We constantly yearn for more but are rarely willing to pay the price. Eventually, someone will have to pay for all the debt that we, as a race, accumulate.

Consider metals – we consume them at an incredible rate. Just take a thorough look around you – the desk you’re sitting at, the computer you’re reading this on, the building that’s sheltering you- you practically live among products built using metals. But there is only so much we can extract before the Earth runs out of its ores. One possible solution to this crisis is Asteroid Mining.

As the name suggests, we can extract enormous amounts of raw materials from asteroids, minor planets and near-Earth objects. In fact, scientists believe most metals found in the Earth’s crust such as silicon, tin, lead, silver, gold, copper etc that are crucial for economic and technological progress are from a rain of asteroid impacts that occurred millions of years ago. If we are able to mine asteroids directly, instead of waiting for another asteroid rain (which may as well wipe out humanity), we could make tremendous progress as a civilization.

1. Bring raw material to Earth.
2. Process it on-site and bring back processed results.
3. Transport the asteroid to a safe orbit around the Earth.

All three have their own benefits and downsides. For instance, in order to bring raw materials to Earth, we would have to build gigantic rockets capable of carrying massive quantities of it. However, once we bring the rocket back to Earth, we may process the material as we please.

On the other hand, processing asteroids on-site would demand huge amounts of automation and/or presence of humans close by to maintain such equipment. Transporting humans and ensuring their survival in space for prolonged amounts of time while mining occurs and having advanced machinery capable of such mining pose significant challenges. But all the waste produced may be discarded in Space and only useful products are returned to Earth, thus making it environmentally friendly (well, at least to the Earth, if not Space).

Finally, transporting asteroids to a safe orbit is extremely difficult due to the fact that it would require stupendous amounts of propulsion – in other words, fuel. Even after we successfully place it in an orbit, assuming we are able to place it in an orbit, it poses threats for extinction level events. What if it comes down crashing? It would take only a crash to erase the entire life on Earth (perhaps even the Earth itself).

Asteroid Mining comes with its own set of interesting effects. If we were to transport large amounts of expensive metal like gold, which are expensive due to their rarity in the first place, economies would come crashing down.

Another interesting outcome could be proof of the existence of aliens. If hypothetically, there were/was an alien race interested and equipped with sufficiently advanced technology to mine asteroids, there would be numerous signs indicative of such activity. This could answer the question “Are we alone?”. This could provide answers to SETI (Search for Extraterrestrial Intelligence). If such a civilization indeed exists/existed, we could further learn immensely about life itself.

An undesirable consequence would perhaps be pollution. Burning such monstrous amounts of fuel would most certainly mean contaminating the environment. Furthermore, moving asteroids in space and having systems to perform on-site processing would certainly create significant amounts of space waste. This poses hazards for collisions.

Despite these disadvantages, it is clear that its advantages are far more. For example, it has been estimated that 16 Psyche, an asteroid located between Mars and Jupiter, contains enough nickel-iron ore to supply the world production for several million years.

In conclusion, Asteroid Mining is a futuristic technology which has the potential to bring about a new industrial revolution so impactful that it might change the way we live forever.

Every time my dad and I go on a long drive, we always tend to have serious discussions that range from my career choices to a wrong selection in the Indian cricket team for an important match. On one particular... END_OF_DOCUMENT_TOKEN_TO_BE_REPLACED

Zestful cross-rhythms of symphonious bells. Undamped reverberations of vedic hymns. Unmistakable aromas of holy incenses. Unfathomable chants of pious devotees. These are the first images that usually occupied my mind when I heard the word 'temple'! I'm not much of... END_OF_DOCUMENT_TOKEN_TO_BE_REPLACED

On 24th March 2020 at 8 PM, TV screens across India flickered in unison as the Indian government announced a 21-day nationwide lockdown as a preventive measure for the COVID-19 pandemic. This announcement caused a complete meltdown of economies worldwide.... END_OF_DOCUMENT_TOKEN_TO_BE_REPLACED

The new normal was finally here and so was the necessity of having to sit in a room full of people, people you have to compete with just so you can make sense of life. I kept fidgeting with my... END_OF_DOCUMENT_TOKEN_TO_BE_REPLACED

Imagine a clean world. It does not have war, poverty, or hunger. Fancy a universe out there, that lives in binary- yin or yang, good or bad, black or white. There is no gray area, no room for error or... END_OF_DOCUMENT_TOKEN_TO_BE_REPLACED