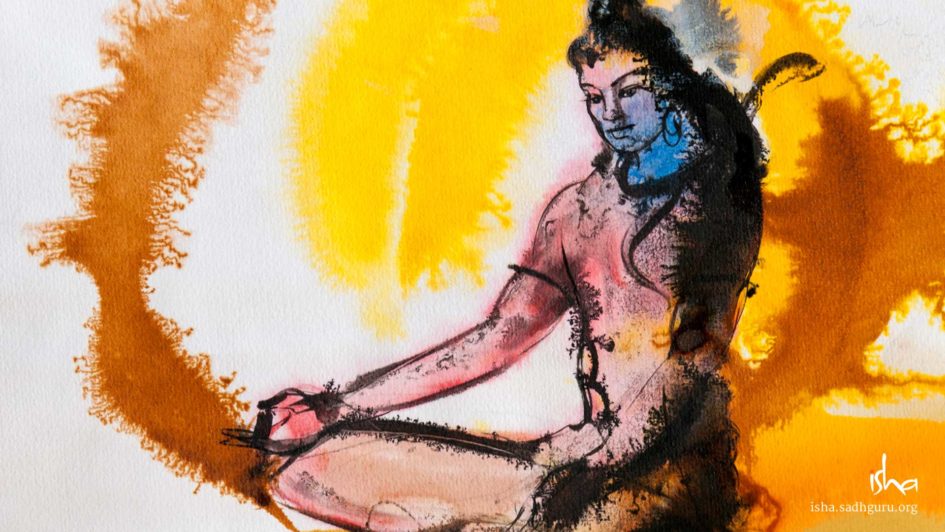 Rudra looked deep into the eyes of the descendant of the great Bhrigu. He witnessed the sap of leaves gushing down the learned one’s severed finger, as vanity overpowered his senses. Rudra knew what to do. Lo and behold! God had now cut his finger! Ashes oozed from the wounds!

The gigantic five-headed cobra could no longer bear the enormous friction as the gods and demons pulled him from the opposite ends, and hence spat the deadliest poison to have ever witnessed. Lo and behold! The lord,  as white as camphor, saviour of all, gulped the entire poison down.

India is the land of temples and their magnificent colours. The ‘mythical’ legends which have been passed down through many generations owe big time to the various art forms that have kept them alive. From dances to songs and from sculptures to paintings. However, amongst the many divine blossoms in the garden of gods and goddesses, there is one such divinity whose depictions leave the common in awe and scholars, dumbfound. We wonder why ‘his’ dance has motion but ‘he’ is always still? Why ‘his’ stories are colourful but ‘he’ is white like camphor. With Shivaratri’s wave having brushed our minds very recently, let us try to know more about that mystic surrounding us.

Shiva means ‘that which is not’ (Shi-va). This innocent one sits atop the Kailash Mountains, clad in tiger skins and is adorned with snake garlands. Crowned with the crescent moon and the river Ganga flowing from his matted locks, his eyes are shut while ash is smeared across his body. However, on the 13th/14th Night of Phalguna (February/March), he comes to the devotees and this night is celebrated as the ‘Mahashivratri’.

Unlike the rituals of the Durga Pooja or the Vinayaka Chaturthi or the Satya Narayana, where God is invited and welcomed in the house in the form of photos or idols; during the Mahashivratri, the God himself walks to the devotees.

Unlike the festivals of Diwali or Holi, where a plethora of delicacies is served; this is the night of fasting. While a few dining halls are filled with fruits, juices, milk, sabudana, rajgira, bhagar etc, some have nothing but jugs of water.

Unlike the many morning prayers sung, for example, the prayer of ‘salutations to palm’ ending with ‘…in the morning I bow to thee’; Shiva is invoked in the dark night. 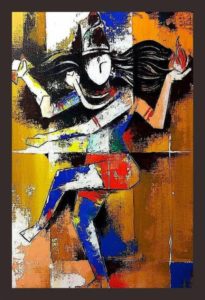 To comprehend ‘that which is not’, seems a difficult task. For ‘that which is not’, has no form, voice, image and colour. Colours, as we know today, are nothing but the light reflected from the particular body reaching our eyes. When all the blue light is absorbed by the object and red reflects from the surface, we thus determine its colour to be, well, RED. The only reason I am able to see my apple is that it has taken all the blue light in it! But, how do I see ‘that which is not’? How do I see anything which doesn’t obstruct the path of light to either reflect or refract? In knowing so, is knowing Shiva.

Of the many legends, one finds the story of Parnada, an apt name given to the descendant of Rishi Bhrigu, for having survived on nothing but leaves (Parna). One day when he had cut his finger, instead of blood, oozed the sap of the leaves he used to consume, and thus he drowned in vanity for he thought he had attained the zenith of consciousness, becoming one with nature. However, Shiva appeared in front of him as an old man, laughing at his pointless pride, and cut his own finger, which to everyone’s shock, oozed ashes. Parnada bowed to the Lord who had now attained his original form.

Another legend narrates the story of the churning of the ocean by gods and demons to obtain the elixir of immortality, by using the king of snakes Vasuki as rope, lord of mountains Meru as axle and the gigantic tortoise Kurma as the base. But before the emergence of the elixir, due to the heavy friction from either side of pulling, Vasuki spat the deadly poison- Kaalkuta halahala. All bowed to Shiva to protect them from the fuming toxin, and he, the saviour, gulped it down. But Parvati, his love and power, stopped the poison from entering his stomach and held it at his throat because the very essence of the universes resided in him; thereby turning it indigo, hence the name Neelakantha- the one with the blue throat. 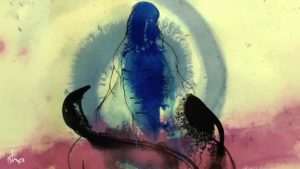 We say Shiva is indifferent, yet these two legends and the many in the lore often surprise us about the amount of love he showers. Shiva isn’t indifferent to the people around him but is indifferent to the stimulus. The mountains and white snow around him are the indications of stillness- unmoving, untouched. He absorbs the heat and restricts the energy within him. When he participates with the world around him, the heat is dissipated and hence flows down the Ganges (heat causing the snow to melt). The ash smeared all over him is the ultimate state of existence, for nothing can further be reduced to than the ash.

During the initial stages of creation, when he danced in frenzy, ecstatic about the world inside and around him, he felt the energy channelling through his body. Then, he felt that even this dance is unnecessary. Hence, after attaining the ultimate state of stillness, when he shut his eyes and meditated on ‘that which is’ and ‘that which is not’, was the time when movements around him halted and there was stillness everywhere. Nataraja, the lord of dance was transformed to Adiyogi, the primordial mystic. They say the night of Shivratri was the time of this transformation. 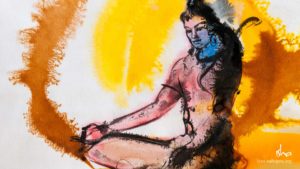 The night is the time of indifference, where nothing is discriminated from another; when the motions halt and the mind calms down. Shiva thus comes on this day of Mahashivratri, smiling and looking at the creation which rose from and will return to the ash.

Many a summer, I’ve been here, The heat of April, I've seen. But this April was only fear. The heat of a pandemic, unforeseen.   I’m a curtain, As blue as the summer skies. Summers were merry, I’m certain. But... END_OF_DOCUMENT_TOKEN_TO_BE_REPLACED

Imagine a clean world. It does not have war, poverty, or hunger. Fancy a universe out there, that lives in binary- yin or yang, good or bad, black or white. There is no gray area, no room for error or... END_OF_DOCUMENT_TOKEN_TO_BE_REPLACED

Every time my dad and I go on a long drive, we always tend to have serious discussions that range from my career choices to a wrong selection in the Indian cricket team for an important match. On one particular... END_OF_DOCUMENT_TOKEN_TO_BE_REPLACED

If you are given a box, and you do not know what it contains, will you open it? If someone tells you that it is empty and asks you not to open it, will you still do... END_OF_DOCUMENT_TOKEN_TO_BE_REPLACED