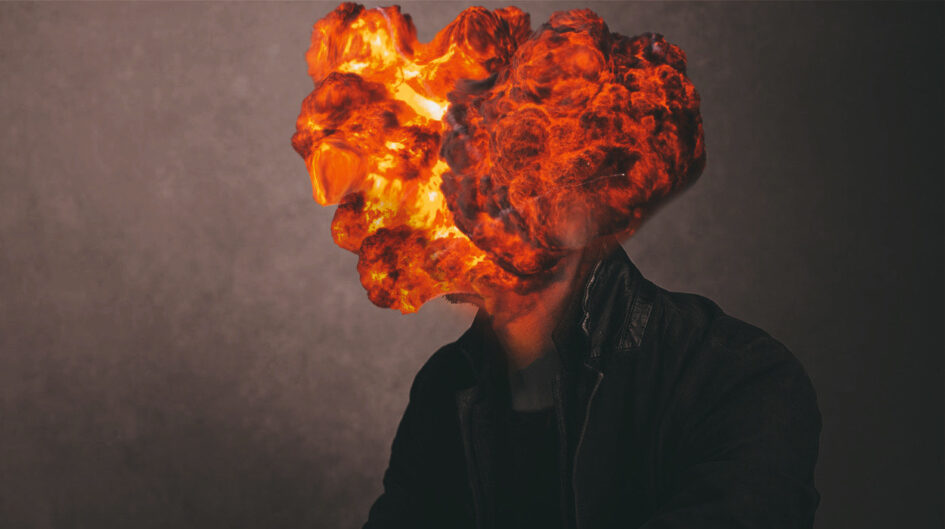 We’re all daydreamers. Yes, life sucks. So we play pretend and use our imagination to immerse ourselves into a world that we like. A world that lets us be who we want to be and do what we want to do. After all, we’ve grown up reading fairytales where the protagonist goes through hell to finally get their happy ending. So we do the same. Daydreaming is a way to tune out the problems bothering us at present and fantasize about what could be.

But this can take a dark turn sometimes. Most of the time, we think of daydreaming as a voluntary action. But sometimes it isn’t. This is called excessive daydreaming, medically known as maladaptive daydreaming.

According to mental health journalist Sian Ferguson, when her mental health started acting up, she started thinking about upsetting hypothetical situations and struggled to control her thoughts. She would often have PTSD-related flashbacks and spend a long time daydreaming, overthinking, and ruminating about things that upset her.

The main proposed symptom of this condition is having extremely vivid daydreams with their own characters, settings, plots, and other detailed, story-like features.

In a now-deleted Reddit thread, a woman shares her experience with maladaptive daydreaming. Let’s call the husband X and the wife Y to make it more simple to follow:

X and Y threw a party for their 5th marriage anniversary at their Los Angeles home. During the party, Y sees X sitting close with another woman and completely ignoring her for the rest of the party. This was her husband, at their anniversary party. How could he do this? Hurt, she goes back to her room for the rest of the party. When the party is over and the guests are all gone, X asks his wife why she was not present downstairs as the host of the party. When Y questions him about his behaviour, an argument takes place with X accusing her of overthinking the situation. Y couldn’t believe how ridiculous her husband was being.

The next morning, Y goes through X’s phone without him knowing and finds text messages that are proof of him having an affair with that very woman. She also contacts friends of X’s after he’s off to work, to be sure of herself. After a lot of questioning and begging, they confirm her suspicions and tell her X was indeed having an affair for a couple of months now.

When X returns from work that night, Y confronts him by first asking who the woman at the party was. The answer she gets from him in return is “Babe, what party are you talking about?”. Y is taken aback. Was this a joke to him? Did he think she was dumb? Did he think he could just deny his way out of this? She proceeds to tell him about how she found the text messages and how she also confirmed her suspicions by asking his male friends about it.

Y then checks the date. There are still 2 days left for their 5th anniversary. No party could have taken place. What was going on? Was she going crazy? X and Y decide to visit a therapist who, after listening to the story, concludes that Y is a maladaptive daydreamer.

Many people who extensively daydream are aware that they’re daydreaming. But in more extreme cases, like that of the aforementioned Reddit user, people can’t distinguish between a dream and reality. They both merge into one for them.

Some can also get so engulfed into their daydreams that they can’t come back to reality until their ‘plot’ has an ending. If a character or a subplot isn’t going the way they want them to, they make up retroactive storylines to dissipate it. Many also daydream extremely dark dreams that result in them almost lethally injuring themselves.

To put it simply, imagine a drug addict stuck in an alley, unable to do anything but think about the drug, find the drug, do the drug… etc. Their life is the drug. In maladaptive daydreaming, the dream is the drug.

There is no ‘cure’ for this condition. Although in one study, researchers found that Luvox, a drug commonly used to treat OCD, helped a maladaptive daydreamer control her dreams.

Maladaptive daydreaming is not a recognized psychiatric disorder yet, it’s still only considered a dissociative condition. But it has spawned online and real-world support groups since Eli Somer first reported the proposed disorder in 2002.

Daydreaming is like a fairytale. It’s a hallucinogen that gives us hopes and dreams, but not a stimulant that makes us face reality. Daydreaming can help improve problem-solving skills, increase creativity, and inspire great works of art and science. However, when it becomes compulsive, the consequences can be dire.

You can check this article out to get a deeper look into what it’s like to be a maladaptive daydreamer:

This article was inspired by the character Bobbi Coleman from the book My Girl by S Cole.

“THE SWAT TEAM BURST IN. THERE WAS CURTIS GREEN COVERED IN COCAINE AND FLANKED BY TWO CHIHUAHUAS” ~The Untold Story of Silk Road by WIRED In early 2011, law enforcement agencies were caught with their pants down when drugs began... END_OF_DOCUMENT_TOKEN_TO_BE_REPLACED

Police sirens, an opened door, a step out of the flat that had been an abode and a prison for 6-years-9 months-23 days—freedom at last?   Julian Assange was under no such false impression as the British police dragged him... END_OF_DOCUMENT_TOKEN_TO_BE_REPLACED

[Trigger Warning] The following reading contains potentially distressing information about self-harm. The reader is advised to use their discretion to continue reading.   Darkness cocooned her room, her heart twisted, churned, her fingers closed around her throat, nails digging into... END_OF_DOCUMENT_TOKEN_TO_BE_REPLACED

From a very young age, we are socialized to behave according to our sex. Boys are taught to be “masculine” and girls are taught to be “feminine”. But are there any biological differences between a man and a woman which... END_OF_DOCUMENT_TOKEN_TO_BE_REPLACED

For the fourth time this week, I woke up at my desk. It wasn’t very comfortable: most of the space was taken up by an assortment of empty Red Bull cans and coffee cups. Clutter never bothered me though, it’s... END_OF_DOCUMENT_TOKEN_TO_BE_REPLACED