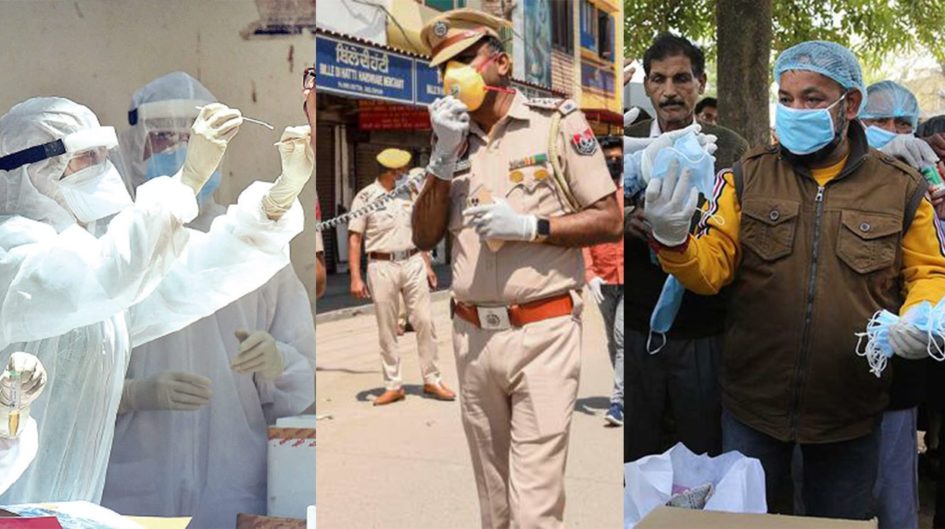 The numbers from the 1918 Spanish flu pandemic- one of the deadliest pandemics in history- reveal that the disease caused more than 17 million deaths. But most of these deaths were not attributed to the pandemic alone. The inception of this pandemic was preceded by the end of World War 1. The war already had a detrimental effect on the global economy, healthcare infrastructure and sanitation. Starvation was everywhere.  Because of the rate at which the disease spread, the affected had to be placed in overcrowded medical camps. A good fraction of the deaths during this period were caused because of starvation and bad living conditions.

In the last 100 years, the situation has definitely improved. However, one cannot ignore the similarities, at least, not in our country. COVID-19 has managed to collapse the economies of most of the countries in the world. As a result of this, the livelihoods of people across the income spectrum have also been disturbed. With the onset of lockdown due to COVID-19, the unemployment rate skyrocketed and the country’s economy fell into shambles. The requirement of high-quality medical equipment and the sudden stress on medical workers put the healthcare system in jeopardy. Interstate travel was banned due to which migrant workers were stranded from their families with no place to call home.

Be it the homeless or the migrant workers, these people made barely enough money to eat when they earned their daily wages. Once they lost their jobs due to lockdown, they lost all hope. While the privileged stay home, there are people out there, who are determined to make both ends meet but have no way to earn a penny. The government has been taking every possible step to ensure that the basic needs of every individual are fulfilled. But there is only so much that they can do.

Many individuals have recognized this early on and have been working really hard to make a difference. From the auto drivers who took police permission to aid in emergency travel to the massive donations of business corporations, people from every section of the society are coming together to aid the government in the fight against this pandemic.

The entire workforce of the Sanitation Department never took a break from their work. Despite knowing the risks of venturing outside, they continue to disinfect the streets, ensuring that the disease is contained. Many tailors have been stitching and distributing masks to the poor. Many middle-class households have been donating a meal to the homeless.

Doctors and Nurses have been working overtime, despite knowing the risks of contracting the disease. Apart from this, many private doctors, young and old alike, are coming forward to help ease out the stress on the government healthcare systems by taking the non-COVID cases off their shoulders and freely treating the poor. They could have very well, stayed home, but instead, they are choosing the front lines, and are treating the patients.

The police force is doing their job to ensure that the lockdown is strictly followed, all while being compassionate to the underprivileged. They have been working continuously, despite being attacked and disrespected. They knew that the hostility of these attackers came from fear and uncertainty about the future. Hence, only with patience and compassion can these people be changed. The Police are the backbone of the containment of the disease.

Apart from individual efforts, many national-level NGOs like Akshaya Patra and Give India foundation have been hard at work since the onset of the disease by providing healthy meals to the poor across the country. Many other NGOs like SEEDS and Uday Foundation have been distributing essential Personal Protection Equipment (PPEs) like masks, sanitizers, and grocery kits in rural areas and suburban slums. Some organizations like the Global Shapers and Paras India organization have been supplying essential medicines to the needy. Organizations like Goonj and the United Way are working on providing safe spaces to migrant workers and are now working on the rehabilitation of these workers.

At the end of the day, most of these individuals/organizations do not get any recognition because the media would always focus on the bigger picture- the spread of the disease. But these people are not doing it for fame or respect. They are proof that humanity still exists and that there are people out there, who put others before themselves. They are pouring their efforts in because they know that their actions might end up saving lives. These unsung heroes are performing their true duties by putting their lives on the line every single day. So the least we could do is acknowledge their efforts and express our gratitude towards their selfless actions.

Links for donating to Charitable Organizations:

“Everybody knows they're going to die, but nobody believes it. If we did, we would do things differently”. - Morrie Schwartz Consider a hypothetical situation wherein you know you’re going to die in a few days or months or years.... END_OF_DOCUMENT_TOKEN_TO_BE_REPLACED

I When I was little, my home had one wall- my grandfather, my thatha. I thought that of all the people who ever breathed, and of all the stars in the sky, he was the oldest ever. My footsteps went... END_OF_DOCUMENT_TOKEN_TO_BE_REPLACED

Adversity, hardship, and sadness. All these words have a lot of stigmas attached to them. Understandably so. After all, the bitter moments of our lives are the last things we would ever want to relive. We tend to see sadness... END_OF_DOCUMENT_TOKEN_TO_BE_REPLACED

As kids, we dreamt of a magical land away from home filled with candies and games and sweets and all things wonderful. We wished for a portal in our midst so as to escape and never come back. But as... END_OF_DOCUMENT_TOKEN_TO_BE_REPLACED