A Sacrifice Of Innocence 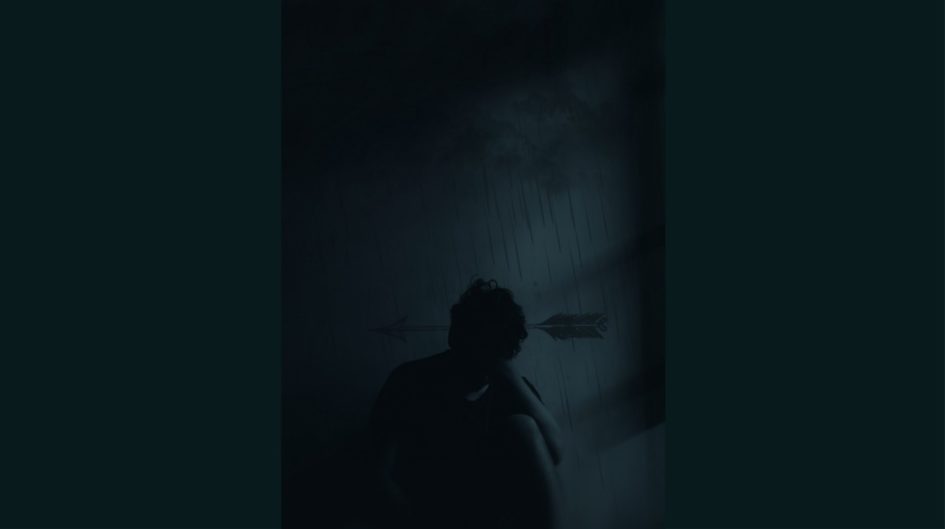 “TRING! TR-!” he put his hand down on the alarm and switched it off at the first ring. He started rubbing his eyes and slowly opened them. Tiny particles of dust were dancing, on the window sill above his cot, under the first rays of the sun. As he lay on his cot, lethargy taking over his whole body, he remembered something that sent a jolt of happiness through him. He leaped out of his cot and sprinted across the room to the kitchen, yelling joyfully, “Ammi! Ammi! Ammi!”
Hassan’s mother, Afsana, was working in the kitchen when she heard her son’s cries. She smiled to herself as she reached for the cupboard over her head to take out a box of raisins, his favorite. Hassan came into the kitchen, happiness etched over his face. “Ammi do you remember what today is?”, he asked a tad breathless. “Well, of course, I do beta, it’s your birthday” she replied. “It’s not just any other birthday, Ammi, I’m eleven years old now. I can no longer show my age with my fingers now,” he said, stretching his hands and starting to wriggle all his ten fingers. Afsana laughed and bent down to kiss her son on the forehead and wished him. “Allah has blessed me with the most handsome boy in the whole of Kabul. No, in the whole world,” she said. She then handed over the raisins to him which he popped into his mouth in an instant. “Go take a shower and come, your Abu wants to see you,” she said. Hassan nodded, a bit confused, but left the room anyway, relishing the last fragments of the raisins.
***
The stool on which Hassan was standing wobbled as he reached for the books on the top shelf of his cupboard. He was fond of reading. He was fascinated by how a cluster of mere letters evolve into something that is so much more bigger than what they are. He also loved how he could just delve into a story and get completely lost inside it at his command.
But his Abu didn’t like the thought of reading. He implied that reading was something that should be learned just for the sake of it and not for a livelihood. He believed that the purpose of life was something larger than just knowledge. Hassan understood the essence of what that meant, but he didn’t agree with it. The thought of worshipping something that splattered blood everywhere and created a void of permanent sorrow in the lives of the living left Hassan miserable. And in no way did he think that was ‘Holy’. But he knew living in Kabul and living under his father would eventually lead him into something that brought him unhappiness.
He fantasized about another world, a world where he could go to school every day, have friends and play around with them until nightfall, roam around on the roads without fear taking over him every passing second and read as much as he could take in. Each time these fantasies danced around in his head, the sense of reality kicked them out in an instant.
Hassan lay there on the ground, a book in his hand, going through each line meticulously.
“Tri—ump—–hant” he repeated reading a word in the book wondering what it could mean. As he lay there, he heard a deep familiar voice calling out for him, his father. He stood up as soon as he heard it, wiped the dust off of his clothes and rushed out the room in the direction of his father’s voice. Abdullah, Hassan’s father, sat on a swing in the centre of their living room chewing on a freshly made set of betel leaves. Mouth stained red from the leaves, he spoke ”As it is your eleventh name-day today, I think you’re old enough to start becoming a man. What do you think?” he asked. Hassan knew he had no choice but to agree with his father. “Yes Abu,” he trembled. “Good,” his father replied with a smug expression on his face. He got up and went inside his room. He came out a minute later, his Kalashnikov slung over his shoulder, as he reached for a tiny box inside a drawer which Hassan presumed to be ammo. He started to walk towards the door and grunted, which Hassan understood was the cue for him to start following his father.

***
He recognised a few boys, he had studied with them for a few years. But as he looked at them, hoping to catch a smile, all he could see on the faces of his fellow classmates was malice. Their faces were hard set, and they spoke a similar message as that of the other me-revenge. Hassan was brought by his father to a ground full of boys who were training. Hassan looked around and immediately knew he absolutely hated that place. There was dust everywhere, and he heard gunshots every other minute. The boys there possessed a different energy and a motivation that Hassan never desired. He could never be one of them. He longed for the familiarity of the four walls around him in his room back home and the warmth of his Ammi’s touch.
Abdullah took him over to a corner and made him watch everyone. “All of us here are on a purpose to serve. The weapon that you will man one day will be both freedom and war. You can achieve freedom with its help, but first, you must sacrifice. Every sacrifice you make brings us closer to our ultimate victory. This is the Holy War” he said.
Hassan sunk these words in begrudgingly and looked away to wipe away a tear with the back of his hand. As he stood there, his heart a pool of emotions, he noticed it was already evening and the sun was slowly setting. Contrary to everything around him, it looked beautiful. The thought of war painted a pretty depressing picture in his mind, but what he saw made him rethink a few things. He didn’t have an escape from the life he was inflicted on, but he wasn’t at a loss of the finer things Allah created for them. Nobody could ever snatch that away from him. Not even his Abu. It was then when he looked over at the sunset, completely disentangled from the place he was at, that he realised that the essence of life wasn’t lost after all.

The Hitchhiker's Guide To The Galaxy,is not just one of those books you read... Its one of those books that you fall in love with,get obsessed with,repeat all the arguments in your head,thoroughly masticate and digest every idea in the... END_OF_DOCUMENT_TOKEN_TO_BE_REPLACED

The Bronte sisters were the first of all female writers paving their own path... Virginia Woolf has aptly captured in her essay " A room of one's own" that the mindset of men and women are completely different and that we... END_OF_DOCUMENT_TOKEN_TO_BE_REPLACED

Back in June 2014, Apple announced OS X Yosemite, a powerful new version of OS X redesigned and refined with a fresh, modern look, powerful new apps and amazing new continuity features that make working across your Mac and iOS... END_OF_DOCUMENT_TOKEN_TO_BE_REPLACED

The ‘festival of lights’ spiritually signifying light over darkness, knowledge over ignorance, good over evil, and hope over despair. Diwali is one of the favourite festivals celebrated in the country. It is a full- 5 day package of cleaning, renovating... END_OF_DOCUMENT_TOKEN_TO_BE_REPLACED

If there’s one place that knows how to celebrate a festival, it’s India. From Grand city events to simple village ‘melas’ , India’s festival calendar is rich and diverse as its tradition and topography. Diwali entails religious and regional variations... END_OF_DOCUMENT_TOKEN_TO_BE_REPLACED