A Dinner to Remember 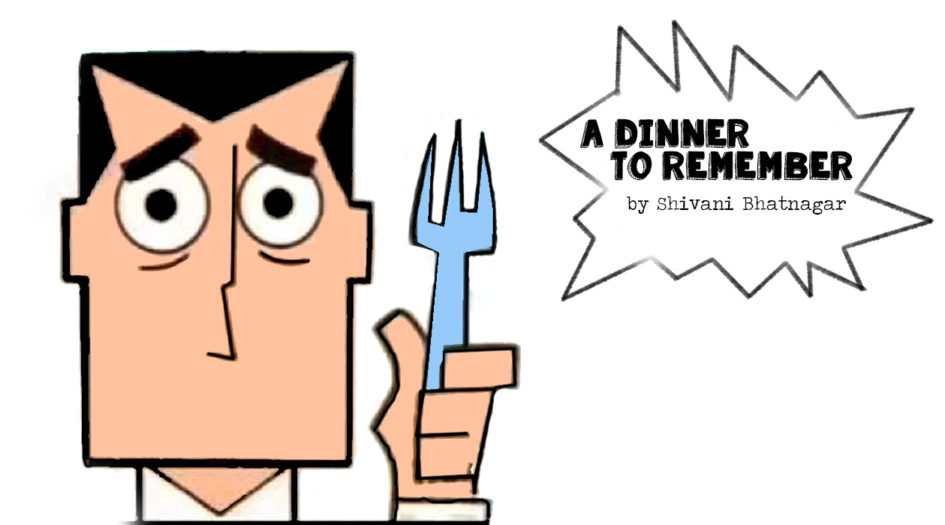 “Don’t forget to eat your food sweetie!” “Oh, How could I? Since you nag me about it all the time”, she replied with an irritated tone.

Jennifer. A young, 16-year-old girl, by all accounts, was a rebellious teen in the true sense of the word. She had a reputation of causing or getting into trouble. And would be described as a knowledgeable girl with a tendency to misbehave.

She was what people referred to as “Classic Beauty”. Her features were delicately crafted on to the piece of art that was her face, with amber colored eyes and thick curls covering up most of her face and a petite frame.

She was an introvert and spent most of her time in her room, reading fiction stories about cults, vampires, cannibals, werewolves, witches and all forms of mystical existences. But when she wasn’t home, she was out there, causing major trouble everywhere. She had an extremely confusing personality and was going through a ‘rebellious phase’ that caused her to go in and out of a lot of schools. Because of this, she never really had any close friends and was often disliked by all her professors but one more so than the others-Mr. Barnabus Labinnac, who was a professor of the human anatomy in his late 20’s. They would often have a lot of arguments in class and strongly detested each other.

It was one random day when she decided to sneak into the staff room to steal some documents and cause chaos and that’s when she saw something that shook her from within. She came out with a frightened look on her face and couldn’t look up until a friend Lucy asked, “Jenn? What’s wrong?”

“I saw something awful”, said Jennifer.

“What? What did you see and why do you look so scared?”, she said.

“He..He…He was”, words barely came out of her mouth as she was trying to catch her breath and stop shivering.

“He was eating human fingers!” she cried.

“I saw it with my own eyes and I think he saw me too, but he didn’t try to follow me or do anything about it”, said Jennifer.

”Okay. That was a good one Jenn, you almost got me to believe you. I know you don’t like him but accusing him of eating human flesh isn’t the best way to get people on your side. You should try something better”, said Lucy, and walked off laughing.

Jennifer was taken aback by her friend’s reaction but later realized that no one would believe her anyway. She often read those superficial pieces about fictional characters and would trick many people into believing her. But she was also certain that she wanted to investigate further into it.

So she decided to take a bold step and went to meet the professor in person.

“Ah, Jennifer! I’ve been expecting you. You know, sneaking into people’s lunch room is not very nice, right? So tell me, what brings you here?” he said with a charming smile.

“How much do you exactly know about the human anatomy, Mr Labinnac?” asked Jennifer.

“And did you gain this information from books or from any personal experiences, Sir?” she asked with a glare.

“You’re a smart kid for your age, Jennifer. But Alas! no one would believe you. So you could try all you want and I shall see to it that you get into another school.”

“I’m not going anywhere, you monster!” screamed Jennifer and started to walk off.

Right then, Mr Labbinac stopped her while giving out a warm smile and said,”You better behave, young lady. I don’t like it when my food fights back.”

Jennifer was quite disturbed by what had happened. She whiled her time away after school, gazing at the city from the school roof. The sun was setting when she decided to make her way back home. She was lost in thought the entire walk back.

When she entered the house, her face turned pale and expressionless as she saw the professor seated right at the dinner table with both her parents. Jennifer was scared. Scared and furious and demanded to know what he was doing there. Her parents, being the calm and composed ones, mentioned that they had invited Mr.Labinnac over for dinner to make up for their daughter’s behavior. He had obviously fed them a completely different story which made them conclude that Jennifer had some issues.

The professor just grinned at her and said, “Good Evening Jennifer. You needn’t worry. I’m only here to have a nice conversation with your parents and with hopes of having a hearty three-course dinner.” She could tell that he had monstrous intentions.

“We don’t let any of our Guests leave-“, a thud from the kitchen interrupted her.

Just then the father laughed it out by saying, “My wife means that we don’t let our guests leave without a completely filled stomach.”

Jennifer sighed, rolled her eyes and stormed up to her room while mumbling some unkind words. They began to have dinner where the mother mentioned her distress about Jennifer and the professor assured them that they had nothing to worry about and that he would try his best to improve the situation.

“The food is great”, he said. “Wait till you see the main course. It’s a real treat”, the mother then came in from the kitchen holding two knives and gave him a big smile.

The 2010s- The period of time when our lives were so different in their own ways. Some of us went to school in the first part of the decade and then to college in the second part. It was emotionally... END_OF_DOCUMENT_TOKEN_TO_BE_REPLACED

Climate change is happening now, faster than predicted by scientists. They gave us a deadline of 12 years to keep up the global temperature below 1.5 degrees Celsius or a great catastrophe could strike the earth. Our future generations might... END_OF_DOCUMENT_TOKEN_TO_BE_REPLACED

As the year 2011 rolled in the world population hit 7 billion. Leonardo DiCaprio finally won a well deserved Oscar and for the first time in history, a man married a software. Here is a list of 19 events that... END_OF_DOCUMENT_TOKEN_TO_BE_REPLACED

*Research and studies have shown us that time fly faster when we are learning something new. .As we take a step back and think, we notice that as we grow older the time around us starts moving faster than ever.... END_OF_DOCUMENT_TOKEN_TO_BE_REPLACED

On January 11th 2020, KMIT celebrated its first event of the new decade: Patang Utsav. This event is a long-standing tradition of KMIT where we celebrate Sankranthi, the festival of harvest. The celebrations commenced at 9.00 AM and continued till... END_OF_DOCUMENT_TOKEN_TO_BE_REPLACED