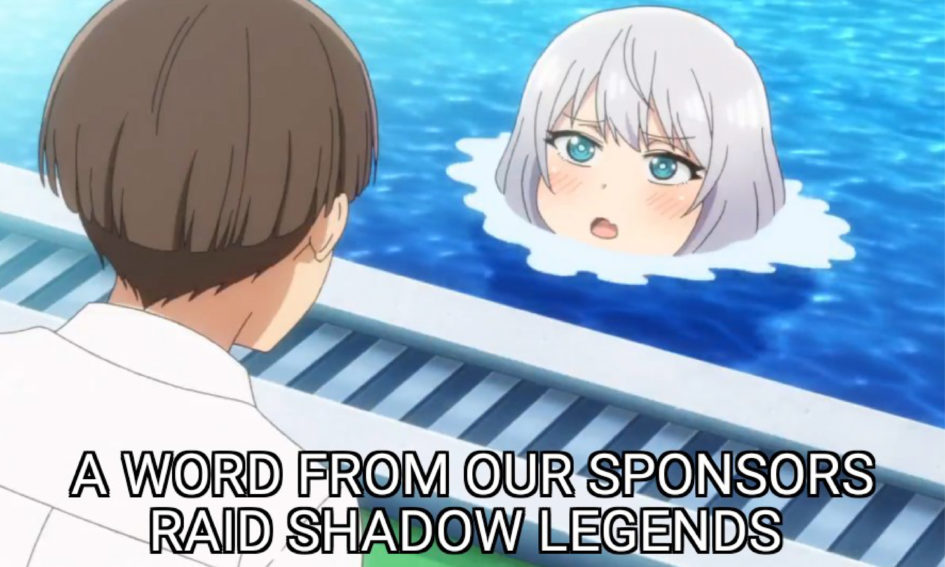 Now that most of you have failed your new year’s resolutions and have lost faith in your life, I think it’s time to forget what a failure you are, by filling yourself with nostalgia from the last decade. So, let’s try to recap what happened in the anime community in the last 10 years- the genres, the shows in the said genres, the memes, everything.

There is something nice and pleasant about watching teens fight in gigantic killer machines for the sake of galactic peace. No, I’m not a sociopath.

Every genre tries to survive until it’s last breath but the mecha genre is sprinting towards its death faster than Usain Bolt on anabolic steroids. Many creators have tried to save it and somehow they made it worse. It feels like the essence of what makes a mecha anime good isn’t that relevant now. Whether it be the cel-animation or the clunky action scenes.

It is rumoured that all Mecha fans died in The Great Cleansing of 2010, owing to the absence of any mecha shows, but were briefly resurrected in 2015 to watch the new Gundam, however never to be seen again. Members of this species are known for their skinny bodies and poor financial decisions, as they think a shiny figurine of their favourite Mecha is worth living on ramen noodles for 15 days.

Let’s hope some nice mecha anime pops up this year.

Isekai, more commonly known as cancer, is a type of story where the protagonist is transported into another world for the sake of killing a vague dark entity like a demon lord or king of an evil kingdom. Bonus points if the story makes no sense and only serves as an escapist fantasy. Jokes aside, I am tired of studios producing half-baked ‘isekai’ anime as a quick cash grab. The source material is rarely good and even when it’s good, the production quality falls short.

Don’t get me wrong, there are good Isekai shows like The rising of shield hero or Konosuba but they are good because they are a deconstruction of the genre- tropes; they are good ‘in spite of being’ an isekai, not ‘because of being’ an isekai. The fantasy genre is the exact opposite, you can get away with writing a cookie-cutter fantasy show because the troupes have withstood heavy criticisms and the test of time. It has gone through a period of building unwritten rules and constantly breaking those rules, that the only surviving troupes are ones that are good or at least aren’t idiotic.

All in all, I hope that isekai dies in the next decade, never to resurface again.

Ah, the last decade had been a wonderful thing for the fans of dark fantasy. I know the term edge of the seat has been so overused that it has lost its initial punch, but most of the dark fantasy shows of this decade truly had me at the edge of my seat. From the action-packed Attack on Titan to the psychological thriller Ajin, from the tragedy of Akame ga kill to another tragedy like Re-zero, this genre has seen the light of its life.

They’ve set themselves apart from classic shows like Pandora hearts or Texhnolyze while still retaining the charm that these shows exuded.

For the sake of readers’ mental health, I removed Berserk 2017 from this list, you’re welcome.

My hero academia is nice and One Punch Man is cool. Thank you for coming to my Ted Talk.

There were a lot of good anime movies this decade but “Your Name” certainly got the ball rolling. I prefer A silent voice over Your name, but something about this movie clicked with the mainstream audience and it has been instrumental in promoting anime movies that came after it. So much so that an anime movie was brought to theatres in our country.

Memes, in general, have become a way for communities to talk, they are the unofficial language of the internet. So it’s no surprise that the anime community has its own meme grammar that makes no sense to people outside of the community. There’s ara ara meme, truck-kun memes, padoru memes for Christmas but the one meme that persisted like the plague and kept coming back every year was the waifu meme. The concept of this meme is to anthropomorphize something and be in love with the said thing. We have anthropomorphised the earth, the sun, a black hole, internet explorer and everything in this godforsaken world.

I get the instinctive urge to bleach my eyes every time I look at an anime subreddit or meme page and come across this or any meme. I hate who I’ve become but I can’t change myself. If hell exists that’s where we’re going.

The human touch. Such a simple thing, yet one that holds immense power. Almost like a miracle. Wonder why? Read on.  We've been gifted with the five senses, namely: vision, speech, smell, hearing, and the most beautiful of all, touch.... END_OF_DOCUMENT_TOKEN_TO_BE_REPLACED

Growing up watching Sci-fi movies, I always imagined myself living in a fully automated world with all these cool tech devices- flying sneakers, teleportation units, and whatnot. Something as dreamy as the “first cognitive city” proposed to be built in... END_OF_DOCUMENT_TOKEN_TO_BE_REPLACED

The corporate industry is notoriously famous for having the highest pay grade difference for employees working in the same company at different levels doing the same or similar jobs. This difference attracts several young engineers and management graduates into this... END_OF_DOCUMENT_TOKEN_TO_BE_REPLACED

[Trigger Warning] The following article contains acts of cruelty and violence. Reader discretion is advised. I opened my laptop, exhausted from all the classes at college, (not) ready to log in to another class when I stumbled upon “Monster: The... END_OF_DOCUMENT_TOKEN_TO_BE_REPLACED

Flash, Flash, Flash. Various screens show the face of the actor. A woman crying in the corner while another loves the visual of her crying. The editor looks at all of these different shots and lets out a satisfied... END_OF_DOCUMENT_TOKEN_TO_BE_REPLACED